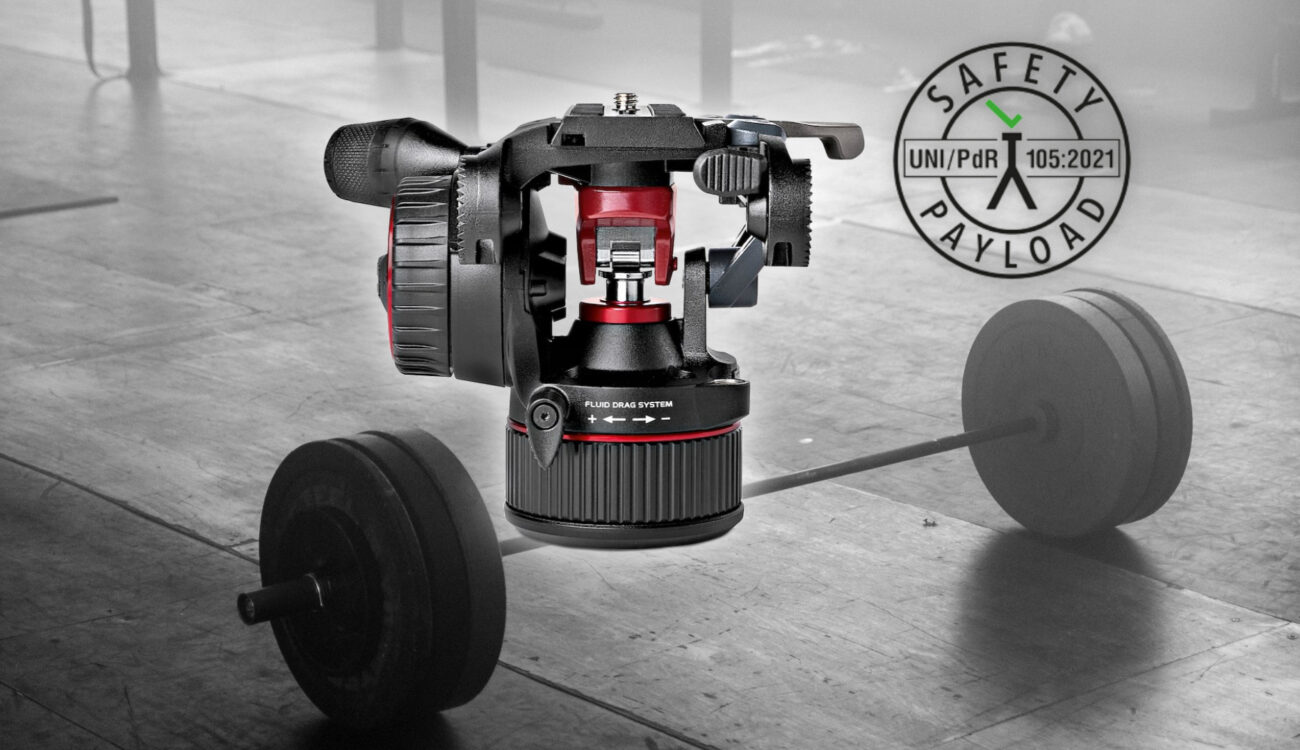 When you’re in the market for a new tripod, tripod head or even monopod, one question always comes up: how much payload can the item in question safely support? Not only to properly operate your valuable equipment, but also for safety reasons: Fully rigged cameras can be quite heavy! Gitzo and Manfrotto have now joined UNI/PdR 105:2021 which establishes an official reference practice for payload safety providing full transparency about payload measurements to consumers.

Until now, the maximum weight at which a given tripod or tripod head could be safely used depended on the manufacturer’s specifications. So if the marketing team decided that 20 kg sounded much better than 18.6 kg, then so be it. Manfrotto and Gitzo, both part of the Vitec Group, now follow a new method for determining two crucial values when it comes to tripods and heads: Safety Payload and Max Payload.

Both values are determined by an independent third party, the so-called UNI. According to Manfrotto’s (and Gitzo’s) websites, “the reference practice UNI/PdR 105:2021 has been published by UNI (Ente Nazionale Italiano di Unificazione) the independent Italian pan-sector regulatory body recognised internationally CEN and ISO. As such, UNI is entrusted with the development, publication and promotion of standards and best practices to improve efficiency and effectiveness of the socioeconomic system together with consumer and environmental protection.“

So from now on, every tripod, monopod or tripod head you buy from Manfrotto or Gitzo will carry a certification of how much payload is suitable for that particular item. The so-called Safety Payload indicates how much weight you can use over an extended period of time without compromising safety. The Max Payload, on the other hand, determines the maximum load capacity of the tripod or head in question. However, use with such a payload over a longer period of time can result in damage to the item in question.

I think this is great news. Not only for the sake of safety, but also to better compare different products across different brands. My hope, of course, is that other manufacturers will follow suit and also adopt the UNI/PdR 105:2021 reference practice.

No one wants their precious camera to be damaged due to overly ambiguous payload specifications on a tripod. Such a tripod or head is a camera support system and therefore its primary goals should be 1) safety and 2) convenient operation. The newly introduced reference practice will help to at least improve safety and thus confidence in the use of such camera support systems.

What do you think? Is this a step in the right direction? Share your thoughts in the comments below!