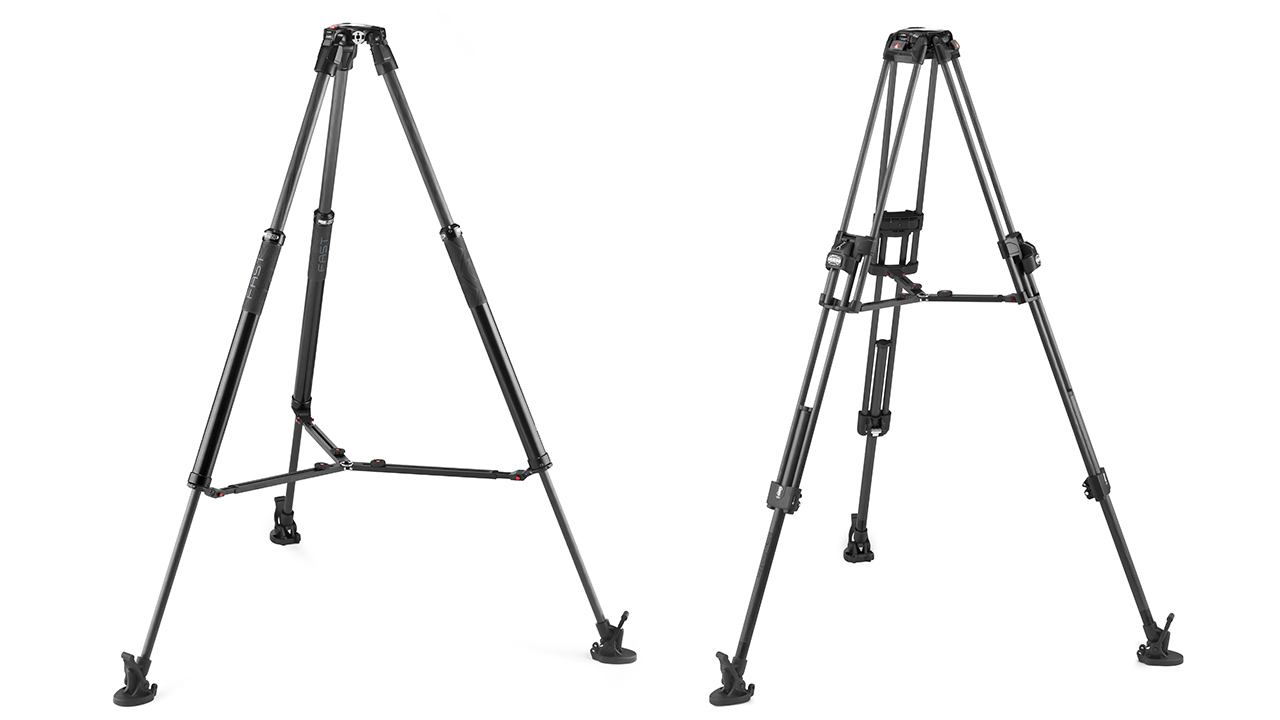 Manfrotto has just announced the launch of two new tripods: the Manfrotto FAST Single Leg and FAST Twin Legs. The Single Leg version features a 75mm half-ball mount that’s compatible with a 60mm half-ball adapter, and it can take payloads of up to 44lbs/20kg. The beefier Twin Legs version supports 75mm and 100mm tripod heads, and it can take up to 55lbs/25kg. These Manfrotto tripods are part of the Manfrotto FAST Tripods series, and as their name suggests, they are designed to make your life easier and quicker. Let’s take a closer look at these! 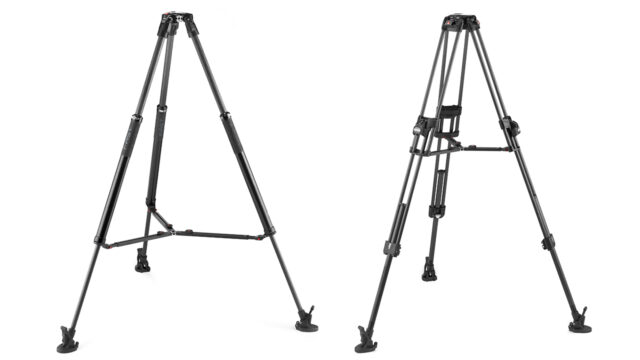 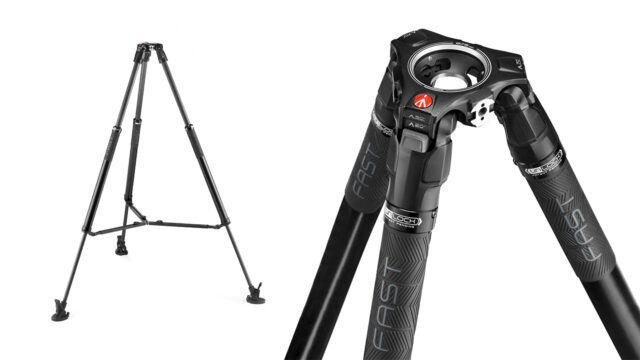 The Manfrotto FAST Single Leg tripod is a lightweight set of sticks made out of carbon fiber. It features a built-in 75mm bowl half-ball mount that’s compatible with a 60mm half-ball adapter, and it can take payloads of up to 44lbs/20kg. The closed height is 73.5cm, the maximum height is 171cm, and the minimum height is 28.5cm for a total weight of 7.7lbs/3.5kg. 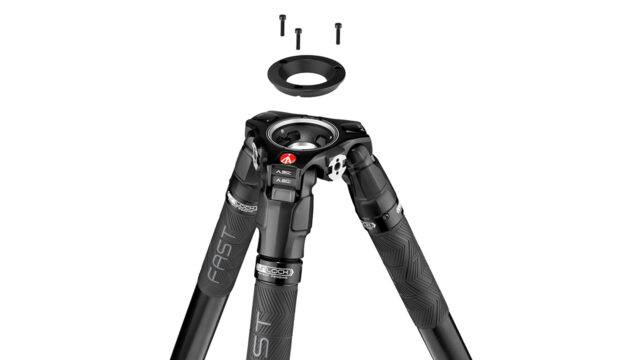 To extend and lock the legs, you have to twist each leg. It means that you can set the length of the entire leg with a single lock, which means it is speedy and easy to place your tripod at the height you want. 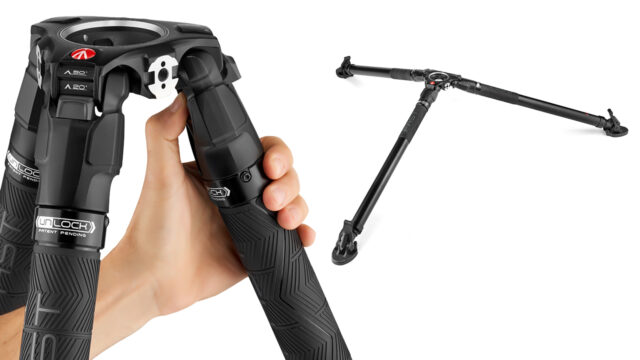 If you need to go low to the ground, you can adjust the angle of each leg independently up to 50° by pressing a lever at the back of each leg. Also, on each side of the tripod’s base, there are 3/8-16″ mounting points that are Manfrotto anti-rotation and ARRI anti-twist compatible. 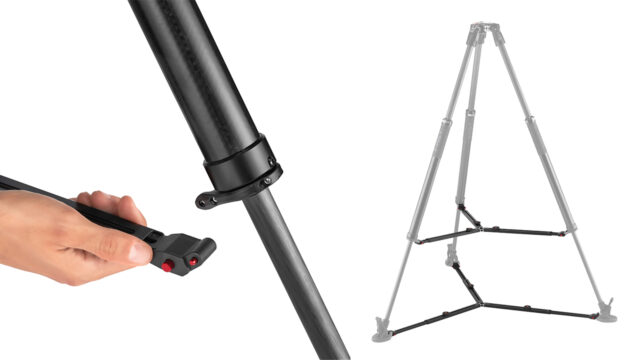 The Manfrotto FAST Single Leg doesn’t come with the telescopic spreader, that you can get for an additional $99.99/€83.33. You can attach it either at the middle or the bottom of the tripod legs, depending on your needs. 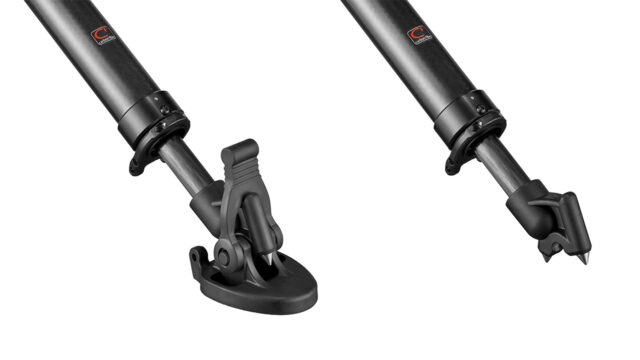 Finally, at the bottom of the Manfrotto FAST Single Leg, there are rubber feet. You can remove them to reveal the built-in spike feet, useful if you are shooting on uneven terrain. 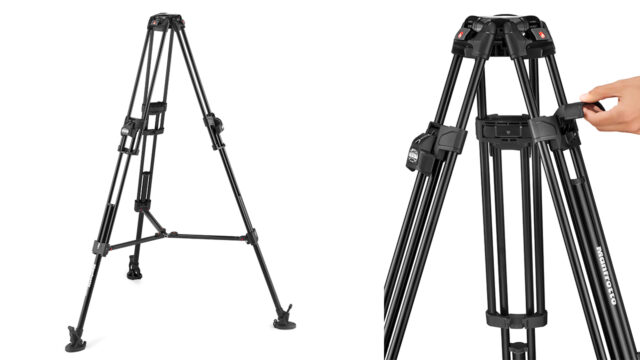 The Manfrotto FAST Twin Legs is a more significant and more robust set of sticks. Indeed, it can take payloads of up to 55lbs/25kg. It features a 100mm half ball, and it comes with a 75mm half ball adapter. 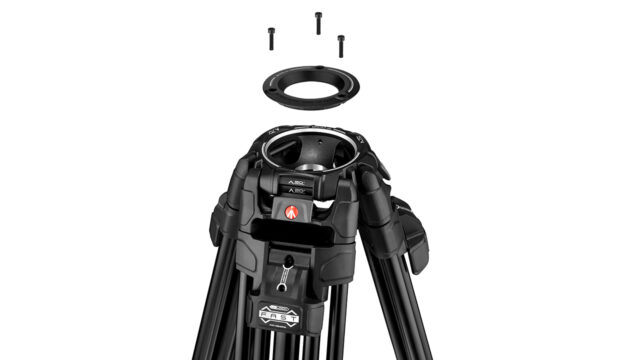 To unlock the legs of this three-section tripod, you have to pull three levers at the top of the first sections. It makes setting up and breaking down the FAST Twin Legs an even faster process than the Manfrotto FAST Single Leg. The maximum height is 157cm, and the closed height is 73cm. 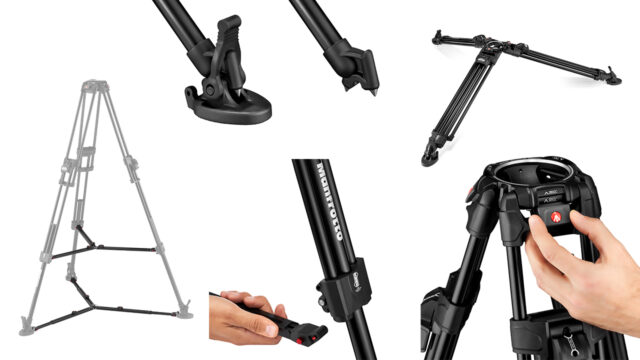 Other than that, the Single Leg and Twin Legs have a lot of features in common:

The only things that the Twin Legs version doesn’t have compared to the Single Leg version are mounting points at the base of the tripod. The Manfrotto FAST Twin Legs is available in two versions: an aluminum version that weighs 8.6lbs/3.9kg and a carbon fiber version that is 7.9lbs/3.6kg.

A lot of kit versions are available for both tripods that include a Manfrotto Nitrotech 608/612 or 509 tripod head. Otherwise, all tripods are sold without a carrying bag, except specific kits that include a fluid head.

What do you think about these two new Manfrotto FAST tripods? Do you consider getting one? What tripod legs are you currently using? Let us know in the comments below!