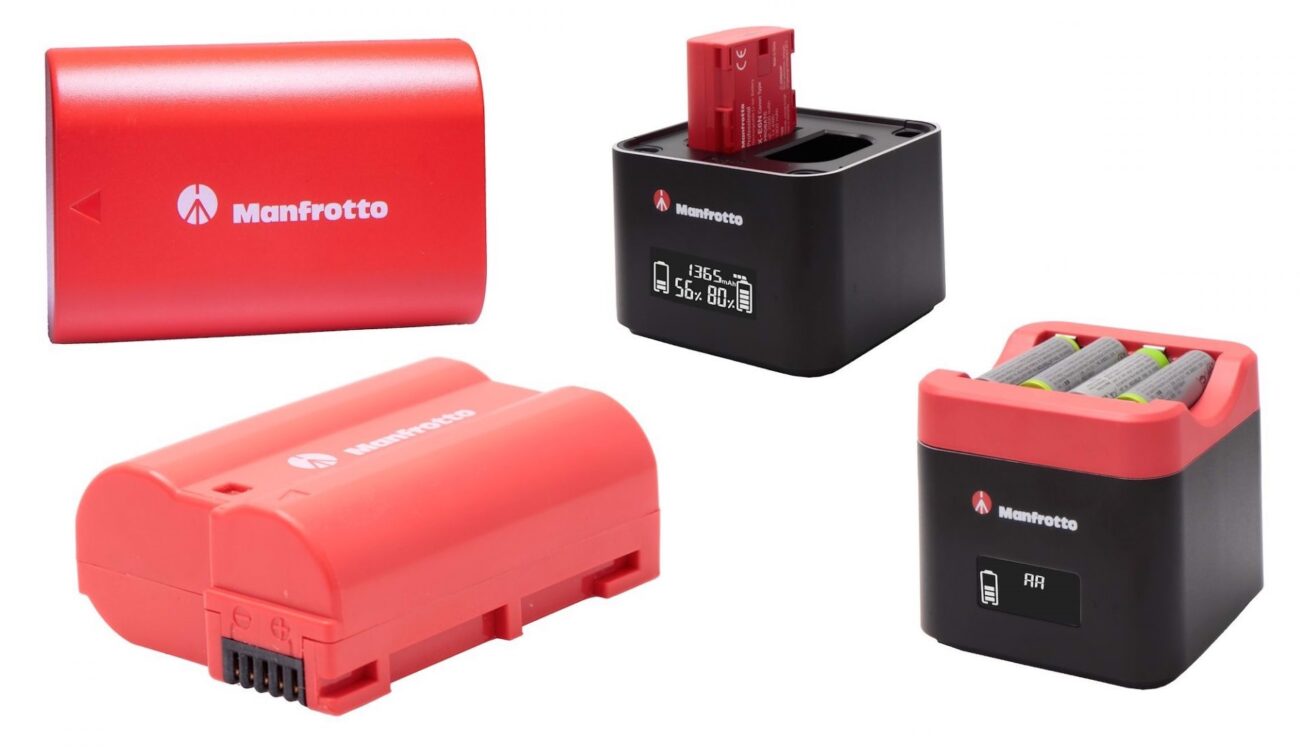 The Vitec Group announced new batteries and dual-bay chargers under its brand Manfrotto. As the company said, these new products will be exclusively available for the US market only. Let’s take a short look at them.

The Manfrotto Li-ion batteries wrapped in the bright red enclosure should offer additional capacity and good reliability. Manfrotto says that the batteries have been injected with silicone for extra shock absorption (drop-proof up to 9ft), circuit protection, and additional electrical insulation. They use UL approved cells for extended life cycle, performance, and safety.

The Manfrotto ProCUBE dual-bay charger allows, as the name implies, charging two batteries at the same time. It features a sturdy metal shell and interchangeable plates that each accept a pair of batteries as well as a plate for charging four AA batteries. The battery holders clip into place, whilst the AA plate fixes magnetically onto the top of the unit.

Manfrotto offers three different chargers. There are chargers for the above mentioned Manfrotto batteries for Canon and Nikon DSLRs and then a version for Sony cameras which accepts NP-BX1, NP-FW50, and NP-FZ100 batteries.

The chargers include an LCD display that shows the charging status of each battery as well as a battery health check. There is an integrated 2.4A USB charger. 12V Car Charging Cable, US, Euro, and UK plug adapters are included in the package.

It is fair to say (and many viewers will have observed that already) that the Manfrotto ProCUBE chargers look very similar, if not identical, to the Hähnel PROCUBE chargers. So this might be simply a licensed or rebranded product.

All Manfrotto batteries and chargers can be pre-ordered now. They are expected to ship in November. The batteries will retail for $50 each and the chargers will cost $80 each.

What do you think about the new Manfrotto batteries and chargers? Let us know in the comments section underneath the article.