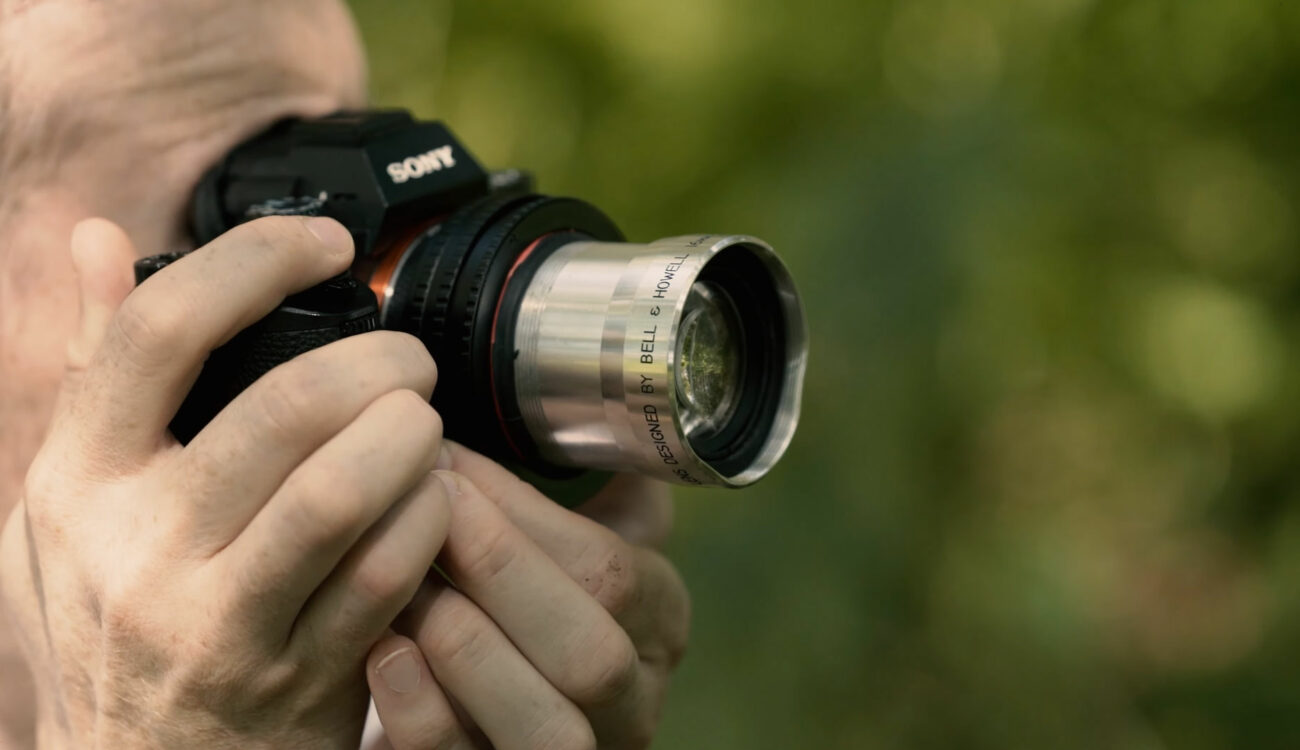 A photographer and videographer Tom Calton made a Youtube video explaining the process of modifying a fast projector lens for use with his Sony a7 III using helicoid as a focusing mechanism. The total cost of the modification including the projector lens was under $100.

Tom Calton is a professional photographer and videographer based in the United Kingdom. He regularly publishes videos on his Youtube channel where he tests new gear or gives tips on his craft. In one of his latest videos, he talked about modifying fast projector lenses for use with mirrorless cameras. He managed to keep the cost of everything under $100, so we thought it is quite interesting. Let’s take a look at the details.

The idea of using projector lenses for photography and filmmaking is not entirely new. It is yet another way of getting affordable and fast vintage glass for your camera. Using old glass results in unique images that are usually not very clean and full of imperfections, but they have a certain quality and look – some call it that the lenses have “character”. Now, if you are after such a look, it is usually better to use an old lens than add the imperfections in the post (sometimes that’s not even possible).

As opposed to just buying a vintage photography SLR lens, projector lenses present a few challenges though. First of all, they don’t have a variable aperture, so you are stuck with whatever the maximum aperture of the lens is. Secondly, there is no focusing mechanism, so you need to make your own – more on this later. Projector lenses are basically only a set of lenses fixed in a metal tube without any moving elements. So how did Tom modify them for use with his Sony a7 III?

Tom went on Ebay and purchased a set of four Bell & Howell projector lenses for only around $20. The important thing to look for here is the size of the rear element as it determines the image circle produced by the lens. If the rear element is too small, there will be heavy vignetting on larger sensors. As the rear element of two of the lenses was too small, Tom ended up using only the other two lenses with a larger rear element:

The next thing to buy is the so-called “adjustable helicoid” which will act as a focusing mechanism. Helicoid is basically a short tube that can extend or retract itself by rotating a ring on the outside. There are many different sizes so you will have to find one that fits the specific type of projector lens you have. It is important to buy a helicoid that is large enough for the projector lens to fit inside. Tom ended up buying an M58 to M58 helicoid on Ebay to be able to house his 2inch projector lenses inside. The cost of the helicoid was around $30 including shipping.

The last piece of gear necessary to complete the modification is the adapter from the helicoid thread to the desired lens mount. In Tom’s case, this was the “female M58 to Sony E mount” adapter which cost him around $38.

Because the diameter of the projector lens is smaller than the inner diameter of the helicoid, Tom used a few rings of rubber cut from a bicycle tire inner tube. After soaking them in hot water to be more flexible, he stretched a few of them around the lens until it was a tight fit for the helicoid.

When fixing the lens in the helicoid, it is important to have the helicoid fully retracted and level the rear element of the lens with the rear plane of the lens mount. If the projector lens will stick out further than the lens mount, it can lead to serious damage to the mechanical shutter of the camera or even to the sensor. Please keep that in mind and be careful if you decide to modify your own projector lens.

My thoughts on the images and practicality

I have to say I was quite impressed when I saw the images that Tom captured with both projector lenses. To be honest, I did not expect the shots to be that sharp. The bokeh is really dreamy with both lenses. The vignetting was still very present with the full-frame sensor, but if that’s the issue, the images can either be cropped in post or shot straight in APS-C crop mode.

While the images do look nice under certain conditions, there are still serious limitations when it comes to practicality. As Tom mentioned in the video, he was not able to focus too far, so infinity focus was not available. These lenses would therefore not be suitable for landscape shots. I am not sure if a longer helicoid would even solve the issue, I am afraid infinity focus would require an additional lens element – correct me if I am wrong.

The next thing is the fixed aperture of f/1.4 or f/1.2. The lens is basically wide open all the time so it lets a lot of light in. This is less of an issue for photography, but for filmmaking, an ND filter will be a must with this setup. Then again, the projector lens most likely does not have any filter thread at the front, so you will have to find a solution for mounting the filter to the lens. Nevertheless, it is quite impressive what kind of images you can get for such a low budget.

What do you think about the images coming out of the modified projector lenses? Do you use vintage glass? Do you modify lenses on your own? Let us know in the comments section underneath the article.