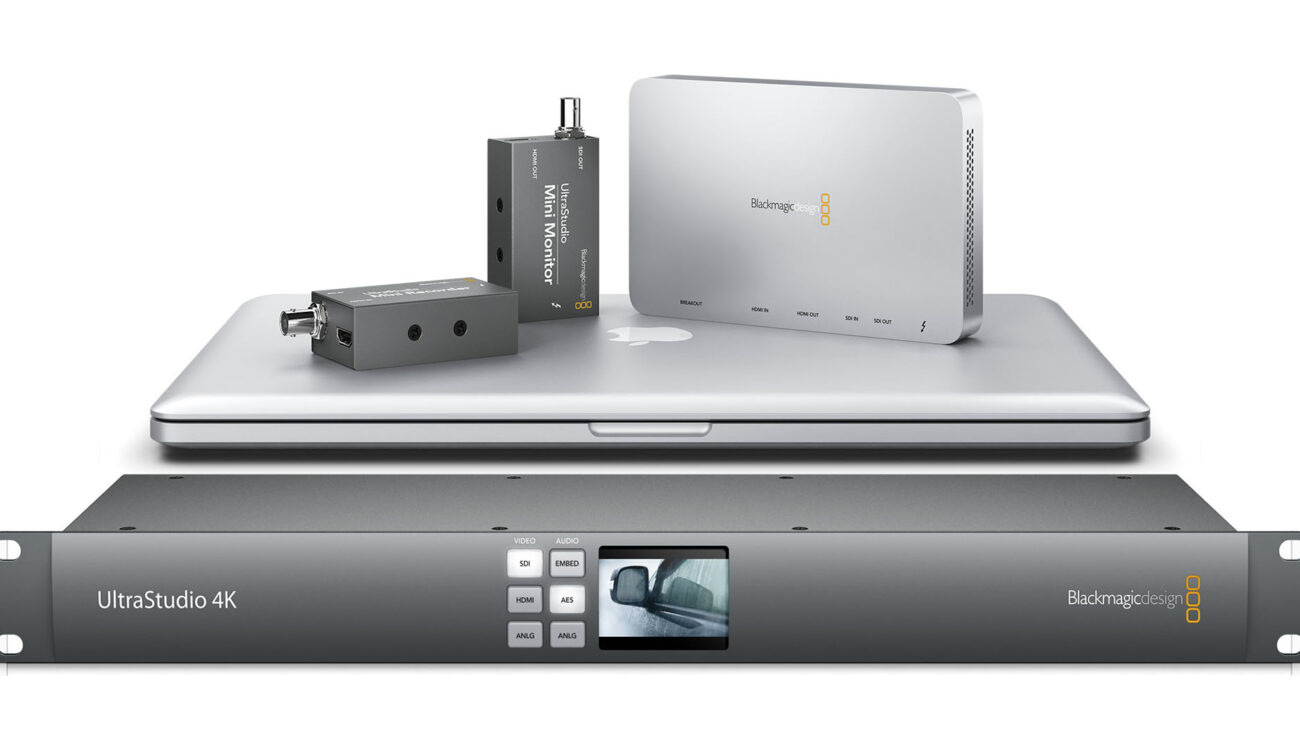 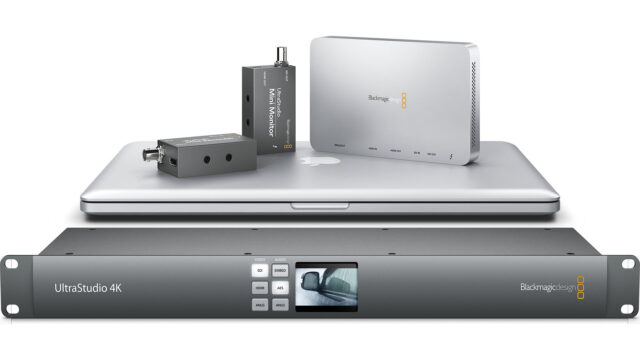 Post production has become entirely file-based, it’s all about data. So why do you need a video interface?

For most of us the days of analog or even digital tape VTRs and patch bays are long gone. Unless you’re a television studio, a broadcaster or a larger post facility the need to interface your data-centric core post infrastructure with current or legacy equipment over SDI is minimal to non-existent.

There is still one very important place for a video interface in your post production setup.

The primary purpose of a dedicated video monitor is to display the full depth of color accurately, preferably at full resolution and to allow accurate calibration. The best way to ensure you are seeing the most accurate image is to use a dedicated video capture and playback interface.

You can read more about color management and calibration here: 5 Things a Filmmaker Should Know About Color Management

This is not at all a paid ad for Blackmagic Design, but in my professional experience they make a range of rock solid interfaces that are hard to beat for performance and value. They’ve been making capture cards for longer than any of their other products.

Let’s take a quick look at some of Blackmagic Design’s most popular and affordable video interfaces. There’s a cost effective solution available whether you’re on a Mac, Linux or Windows workstation or laptop.

Blackmagic’s range of Decklink PCIe video interfaces are perfect for an older (tower) Mac Pro, or any Linux or Windows desktop workstations with free PCIe slots. 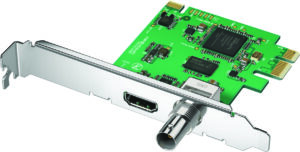 If all you need to do is add professional monitoring to your workstation and you know you’ll be driving an HD resolution monitor, then the Decklink Mini Monitor will do the job and only cost you $145. It supports Rec601 and Rec701 color spaces in 10-bit color over a single link HD-SDI and HDMI output. It’s an output only card so no input is present. There is also an input-only version of this card called the Decklink Mini Recorder, however if you need both input and output functionality I’d recommend jumping up to either the Intensity Pro 4K or Decklink Studio 4K card. 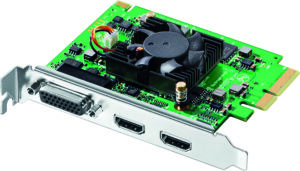 I am arranging these selected video interfaces by price and features, but the Intensity Pro 4K card is not in the Decklink range of cards, so you’ll find it in its very own category. It’s an important card to highlight here because it hits the primary needs that most of us have at a ridiculously low price.

The Intensity Pro 4K does away with SDI interfaces which many don’t need and instead provides both an HDMI input and output supporting up to UHD (2160p30) in 10-bit color. In addition is a host of analog video connections. 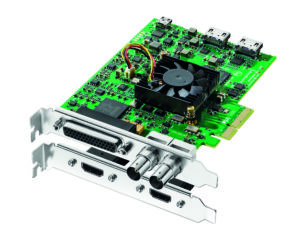 If you’re looking to support stereoscopic 3D monitoring or want built-in hardware up conversion and cross conversion, the Decklink 4K Extreme adds those features and a few more. It supports 10-bit YUV color up to 4K but adds 12-bit RGB support to the HD and 2K output. 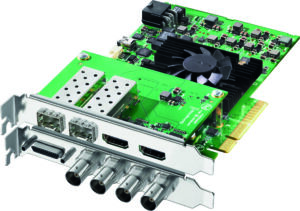 The flagship of the Decklink range of PCIe cards is the 4K Extreme 12G with two 4K 12G SDI input and outputs. It supports UHD and DCI 4K up to 60p at up to 12-bit RGB color depth and cranks up a host of other features to the max. This is the card for anyone who needs or wants it all. 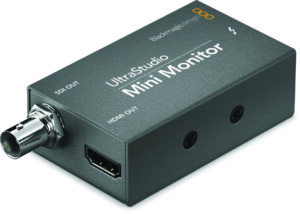 The Ultrastudio Mini Monitor is a must have item for any editor or colorist on the move who wants a professional 10-bit HD video output small enough to fit in the pocket of any laptop case. It provides the basics over HD-SDI and HDMI and is bus powered so all you have to do is plug it in.

The Intensity Shuttle has you covered for 10-bit SD and HD input and output over HDMI and analog video. It’s not part of the Ultrastudio range, and you can find it on the Blackmagic Design website here.

The Ultrastudio Express provides SDI, HDMI, and analog inputs and outputs up to HD resolution in a compact desktop Thunderbolt interface.

You’re not left out in the cold if you’re on a Windows laptop without Thunderbolt. There are three USB 3.0 video interface options, however, these interfaces are SD/HD only and support 10-bit 4:2:2 sampling. For more details check out the Ultrastudio for USB 3.0 page. 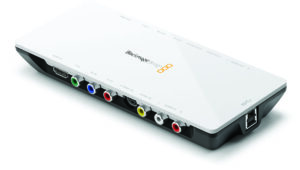 The Intensity Shuttle has you covered for 10-bit SD and HD input and output over HDMI and analog video.

Stepping Up Your Game

It really couldn’t be easier to add a professional video interface to your workstation or laptop. While many of us don’t need to think about inputs at all, having an HD resolution 10-bit video output over HDMI or SDI will allow you to drive a professional broadcast reference monitor or calibrated color critical grading monitor.

For less than $200 you can add a professional HD monitoring output via PCIe, Thunderbolt, or USB 3.0 to any workstation or laptop.