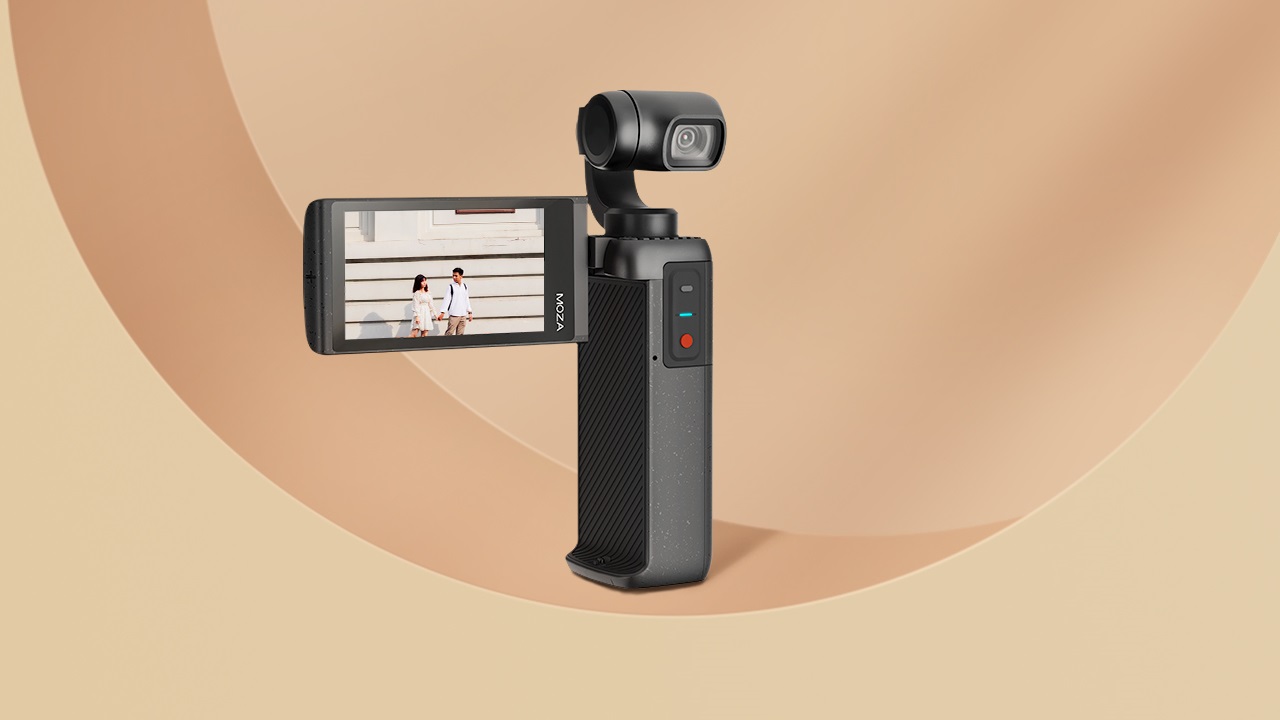 MOIN CAMERA is a new pocket-sized camera from Gudsen Technology that can record up to 4K UHD 60fps and capture 12MP stills. Resembling closely the DJI Osmo Pocket, the MOIN CAMERA features a built-in flipping 2.45″ touchscreen and a wider FOV at 120°.

Up until now, the Chinese company Gudsen Technology was mostly known for the MOZA line of gimbals and other camera accessories such as the MOZA Slypod. Today, Gudsen Technology releases a new camera and, If I am not mistaken, it is the company’s first camera. Let’s take a closer look at the new Gudsen MOZA MOIN CAMERA.

Wait, are you saying you’ve seen a similar product already? Well, yes.. kind of. The MOIN CAMERA resembles the DJI Osmo Pocket a lot. The first generation Osmo Pocket was launched back in November 2018 – you can check Nino’s review here. Last year in October, DJI actually released a second-generation called DJI Pocket 2. Again, here is Nino’s hands-on review of the new Pocket 2. So the question is: does the new MOIN CAMERA from Gudsen Technology bring anything new?

The most notable difference is the built-in flipping screen. The DJI Pocket only has a tiny display on the body – for better monitoring you need to connect a smartphone to it. MOIN CAMERA already has a flipping 2.45″ touchscreen right on the device. That might be an interesting feature for some.

The camera itself is stabilized thanks to the 3-axis gimbal. It has a 1/2.3″ 12MP image sensor (Sony IMX378, same sensor size as the original DJI Osmo Pocket) with a 120° FOV lens (14mm full-frame equivalent focal length). That is much wider than both models from DJI with 80° and 93° FOV.

Other available features include Face Tracking, First Person View (FPV), Panorama, and Time-Lapse mode. The camera has a stereo pair of microphones for capturing audio. The recorded clips from MOIN can be wirelessly downloaded to a smartphone and quickly edited (filters, effects, and music) in the MOZA Artist app.

The weight of the MOIN CAMERA is 176g and the dimensions are 129 x 37.8 x 32mm. This is slightly more than the DJI Pocket 2. Its 930mAh internal battery can provide up to 145 minutes of operation and it can be fully charged in 90 minutes.

The MOZA MOIN CAMERA is available for $299. That means the price is now exactly between the two existing products from DJI – the Osmo Pocket with similar specs currently retails for $249 and the DJI Pocket 2 with better specs sells for $349. Honestly, I hardly see the point of this product. Having similar specs as DJI Osmo Pocket launched in 2018 does not sound very impressive. What is your opinion?

What do you think of the MOIN CAMERA from Gudsen? Do you use the DJI Pocket 2 for your work? Let us know in the comments section underneath the article.