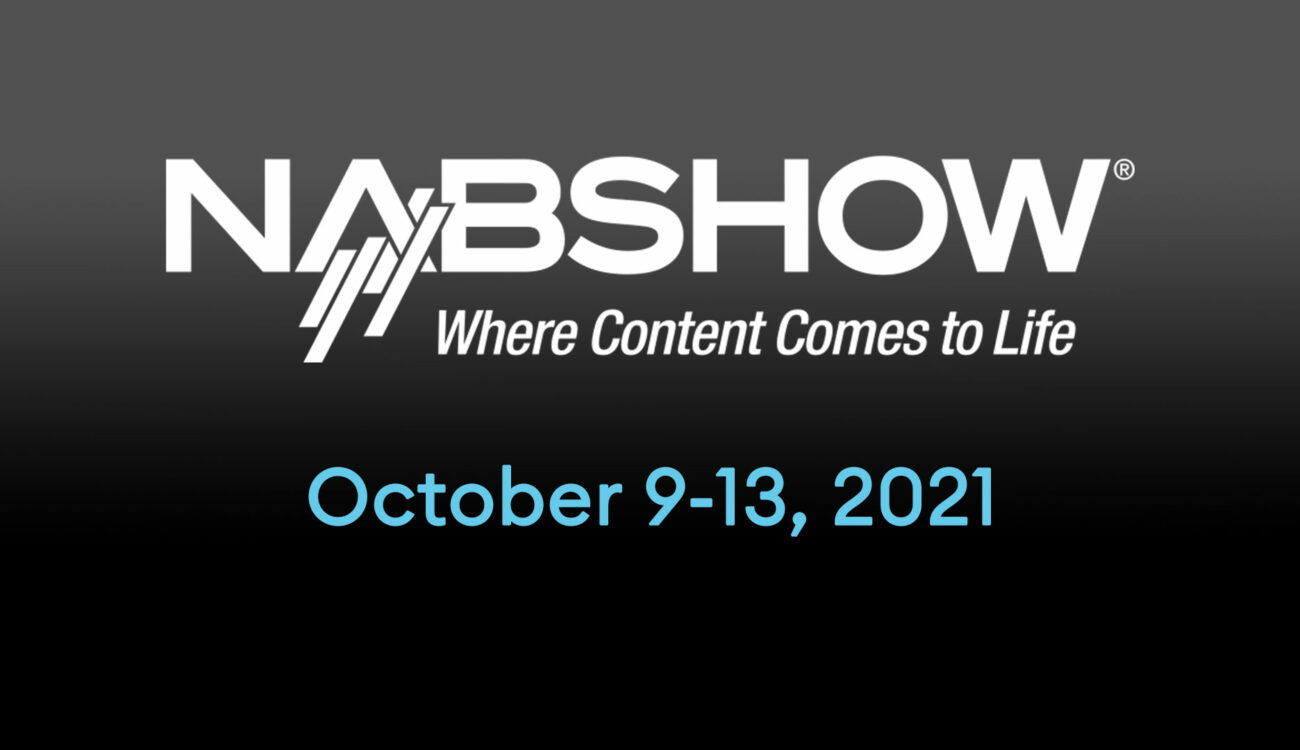 The NAB Show in Las Vegas, which usually takes place every April (obviously except this year), has just been rescheduled to October 2021. NAB President and CEO Gordon Smith announced that the next year’s NAB will take place during October 9–13, 2021 in Las Vegas.

NAB Show in Las Vegas has been the largest event of its kind for us filmmakers for many, many years. This year’s event did not take place because of the worldwide COVID-19 pandemic. Just like many events this year, NAB tried to transform into a virtual event.

As the COVID-19 virus doesn’t seem to magically disappear anytime soon, NAB President and CEO Gordon Smith decided to move the next year’s event from April to October. He published the following letter to the NAB Show community.

I hope that you and your loved ones are well and staying safe. Although we truly miss seeing you in person, it has been fantastic to observe the industry come together in many ways to work through these challenging times, and it has been our pleasure to do our part to create connections via our new digital initiatives.

As we look ahead to 2021 and beyond, our top priority is to deliver a successful NAB Show. We recognize the vital role NAB Show plays as a driver of innovation and an economic engine for the global media and entertainment industry. With that in mind, it is critical we act on your behalf and in a way that will best serve the long-term interests of the industry. We have worked diligently over the last few weeks and months monitoring a range of variables, including health and safety concerns, economic indicators, industry developments, and travel restrictions, to gain an understanding of overall trends and future conditions for holding a major event in 2021. We have also reached out extensively to the show community to collect feedback.

Through all of this, we have witnessed growing concern and uncertainty over what the next six months will bring; enough that there appears to be a good deal of reluctance around participating in large events in the first half of next year. The pandemic remains a significant threat and the evidence suggests it will be well into next year before it could be under control in the U.S. We also have our own concerns around being able to deliver the type of event in April that will not only drive results but one that can be produced safely for all involved and without significant limitations on the experience.

Taking all of this into account and in the interest of supporting the business, health, and safety concerns of our show community we have decided to move the 2021 NAB Show, previously scheduled for April 11–14, to October 9–13, 2021 in Las Vegas.

With any difficult decision, there are trade-offs. Moving NAB Show to October means we are considering alternative 2021 dates for NAB Show New York, held annually in October. On the plus side, the 2021 Radio Show will co-locate with NAB Show in Las Vegas as will NAB’s Sales and Management Television Exchange; and there is an opportunity to add additional partner events. Beyond this, we have done our best to avoid direct conflicts with other domestic and international events, and have reached out to allied organizations and partners to both share our thinking in advance and to offer to work collaboratively toward turning this into an opportunity for all.

With a new date set for the 2021 NAB Show, we are looking at the entirety of the calendar next year with fresh eyes. We plan to continue bringing the industry together in a number of ways. In the short-term, we are excited about the online events planned for next month – the Radio Show (October 5–9) and NAB’s Sales and Management Television Exchange (October 14–15). These signature events, combined with our virtual NAB Show New York (October 19–29), offer dynamic content and engagement opportunities all month long to bring the industry together to restart, reengage and refocus.

We are also committed to creating new and meaningful experiences to engage and connect with you throughout the year on NAB Amplify. This dynamic, year-round digital platform will extend the impact of the NAB Show throughout the year by providing opportunities for networking, discovery, and education.

Since the early stages of the current global crisis, we have done our best to balance our decision-making with the long-term interest of NAB members and the wider media and entertainment industry. We have not made this decision lightly and have relied on a great deal of feedback from the NAB Show community. We are grateful to our stakeholders and partners for engaging with us and supporting our decision. Amidst all of this, we have been reminded of what a great industry we serve. As always, we look forward to working with you to provide vital events and services to support these efforts and to invigorate and propel the industry forward.

While I understand the decision to reschedule NAB further in the future due to the uncertainty, the October date means that the two major global trade shows – NAB and IBC are scheduled to take place very close to each other (time-wise). This will create logistical problems for companies taking part in both shows. The next IBC Show in Amsterdam is currently scheduled for September 10-14, 2021. It only remains to be seen how it affects these events. In my opinion, some companies might decide to only attend one of the shows since they will both happen basically within one month.

What do you think about NAB happening in October 2021 instead of April? Have you visited NAB show in the past years? Let us know in the comments section underneath the article.