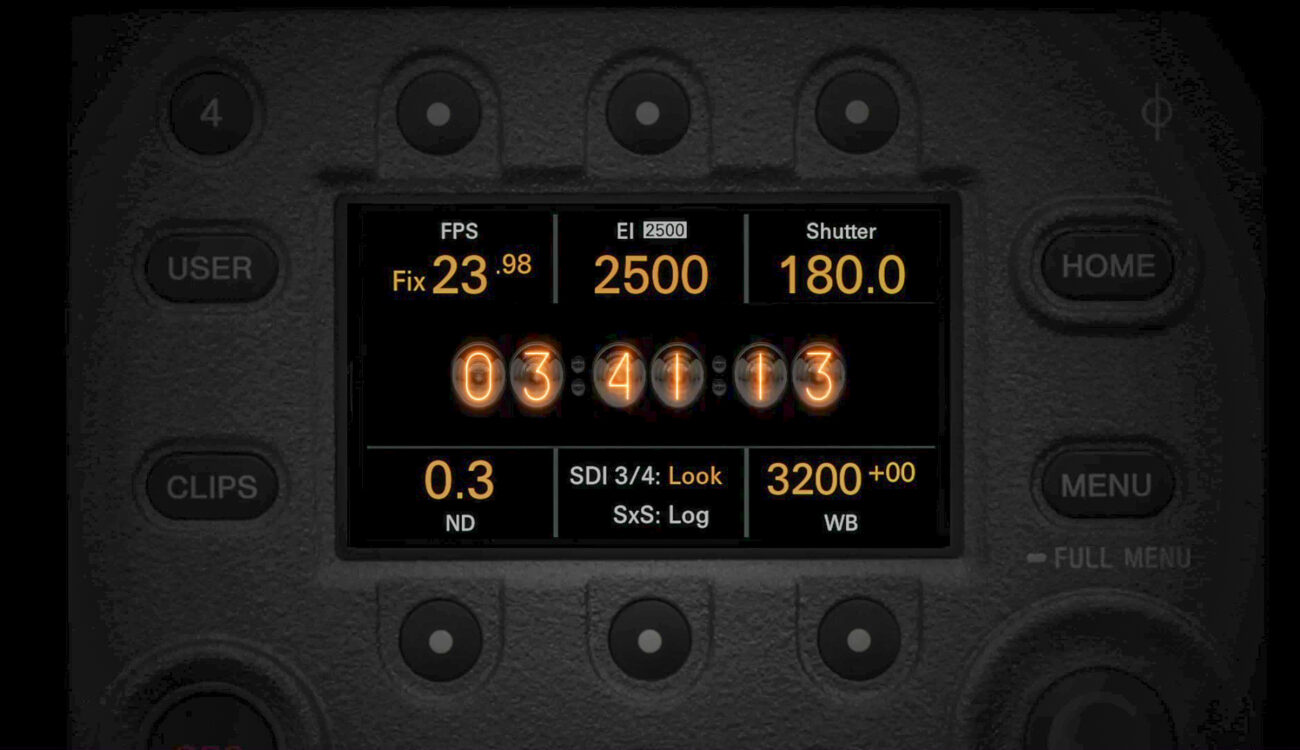 Sony teased a new CineAlta product in a short video. Currently, it is unclear what exactly is coming and when, but the subtle hints point at a new high-end camera. You can enter your contact details on the Sony Pro website to get notified as soon as the news is released.

CineAlta is a brand name used by Sony for various products involved in content creation, production, and exhibition process within digital cinema workflows. In the past, we have not only seen cameras but also projectors with CineAlta branding. A few days ago, Sony teased a new CineAlta camera in a mysterious short trailer. What is coming and when?

At this point, we can only speculate what Sony is going to announce. The company published a very short video with the hashtag #NewCineAlta. It includes a countdown inserted in a frame that seems to be the Sony VENICE side display. After I turned the brightness up and compared it with the VENICE, however, it turns out there is a slight difference. The dial at the bottom right corner moved closer to the display.

Given this half-hidden hint, Sony might really be announcing a new high-end cinema camera soon. The current flagship of the CineAlta lineup – the Sony VENICE full-frame cinema camera – was announced in 2017, so that’s already four years ago. Following Sony’s firmware update roadmap for the VENICE, the camera received firmware 6.0 nearly one year ago. When it comes to resolution, the VENICE maxes out at 6K, so that is one of the fields where Sony might want to top their game up and introduce a large format 8K cinema camera.

The video does not even include a date, so it is currently unclear when we can expect more news. Since physical trade shows are scheduled to come back with IBC in December, we might get lucky and see the new CineAlta camera there. You can enter your contact details on the Sony Pro website to get notified as soon as the news get released.

What do you think of the Sony CineAlta teaser? Do you expect a new flagship cinema camera from Sony soon? Let us know in the comment section underneath the article.