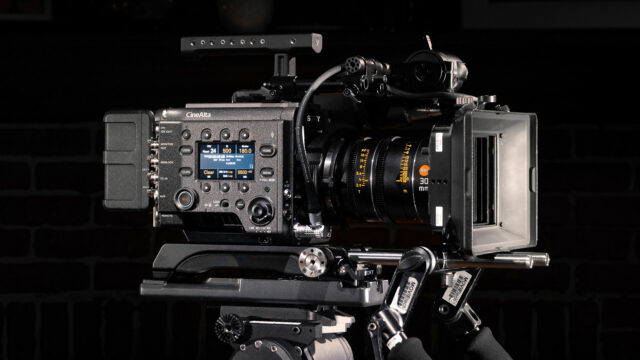 I’m here at legendary Pinewood Studios in England right now, and just attended the first hands-on with the exclusive new Sony flagship camera, the VENICE. This is a big step for Sony as it’s going to be the new top model of the CineAlta line, replacing the F65 at the top.

(Watch the video above – Big thanks to our friend Emmanuel Pampuri for operating the camera during the interview!) 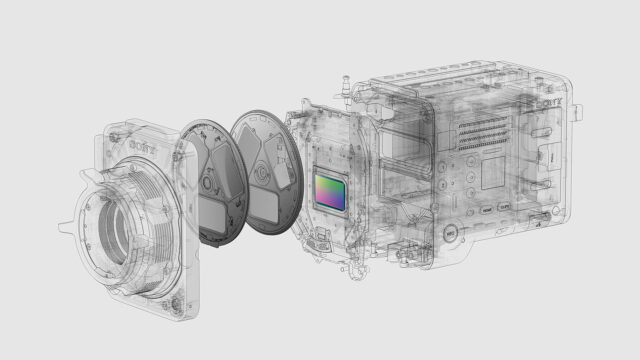 Sony focused on naturalistic and “film-like” color reproduction with their new sensor.

The full frame 36×24 mm sensor boasts 6K resolution. They call the camera “aspect ratio agnostic”, because the camera can use Super35mm (17:9 and 16:9), Full Frame 35mm and Super35 full height 2.0x squeeze anamorphic lenses. Only the Full Frame 35mm will use the full 6K, the Super35 resolutions use 4K. Full-frame recording will not be immediately possible from the time of availability (February 2018), but rather be offered as a paid upgrade approximately in summer 2018.

Sony claims 15+ stops of latitude and therefore suitability for HDR production. According to Sony, it exceeds the BT.2020 color space. The Sony VENICE comes with a PL mount, so all S35 mm PL lenses (including anamorphics) and Full-Frame PL lenses work from the start. 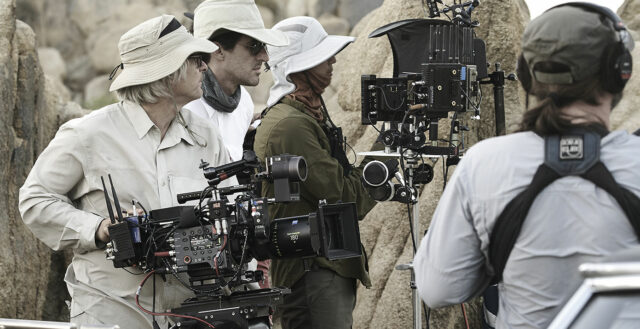 Claudio Miranda, ASC, on set shooting the demo film “The Dig” with the new Sony VENICE.

However, the mount is switchable to E-mount (lever lock type, like on the FS7 II), which widens the choice of budget or smaller lenses significantly.

The camera uses dual displays for camera crews, with a sub display on the assistant side. On the operator side, there is an OLED display with short cuts to ND, shuter, FPS, white balance and other functions. Sony clearly took inspiration from Panasonic’s Varicam 35 here.

The camera also has power options for accessories like a Lemo port and a 24V output.

For the first time, the sensor block is interchangeable – which is supposed to make the camera future-proof.

Sony redesigned the interior of the body – all of the electronics are in an isolated chassis, which means that dust and moisture from outside shouldn’t affect functionality of the camera as much as in the past. The ventilation system was also completely redesigned. Sony says that the VENICE was tested in the toughest conditions and that it’s extremely rugged.

The camera is much more configurable than an F65, for example, and accessories designed for the F55 size will also work on this camera, like the raw recorder.

The DVF-EL200 Viewfinder that was introduced for the F55/F5 as an option, is also the viewfinder that Sony recommends for the VENICE.

The camera has multiple recording formats: 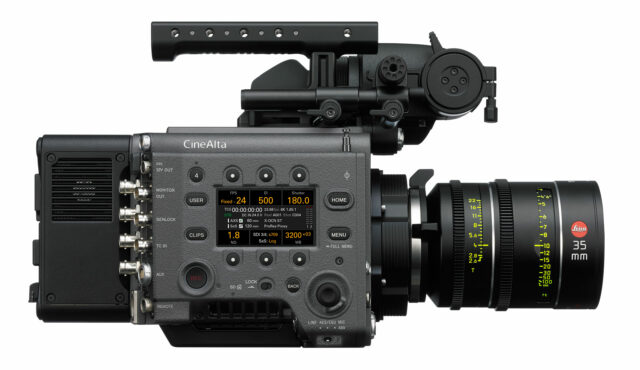 Adobe Premiere Pro CC, Blackmagic Design DaVinci Resolve 14 and other post production packages like FilmLIght (Baselight 5.0 and Daylight 5.0), or the ColorFront Transkoder already support the formats from VENICE right from when it becomes available.

Sony will update their software packages Catalyst Browse and the Sony RAW Viewer to support VENICE from the day it comes out.

The camera is anticipated to start shipping in February 2018. Pricing is not fixed yet. The tentative price for the body only is €37,000. Full frame and anamorphic options will come as payable options, with the full-frame option costing a tentative €4,000 and the anamorphic costing a tentative €6,000. You can also “rent” them on a daily or weekly basis though, pricing unknown.