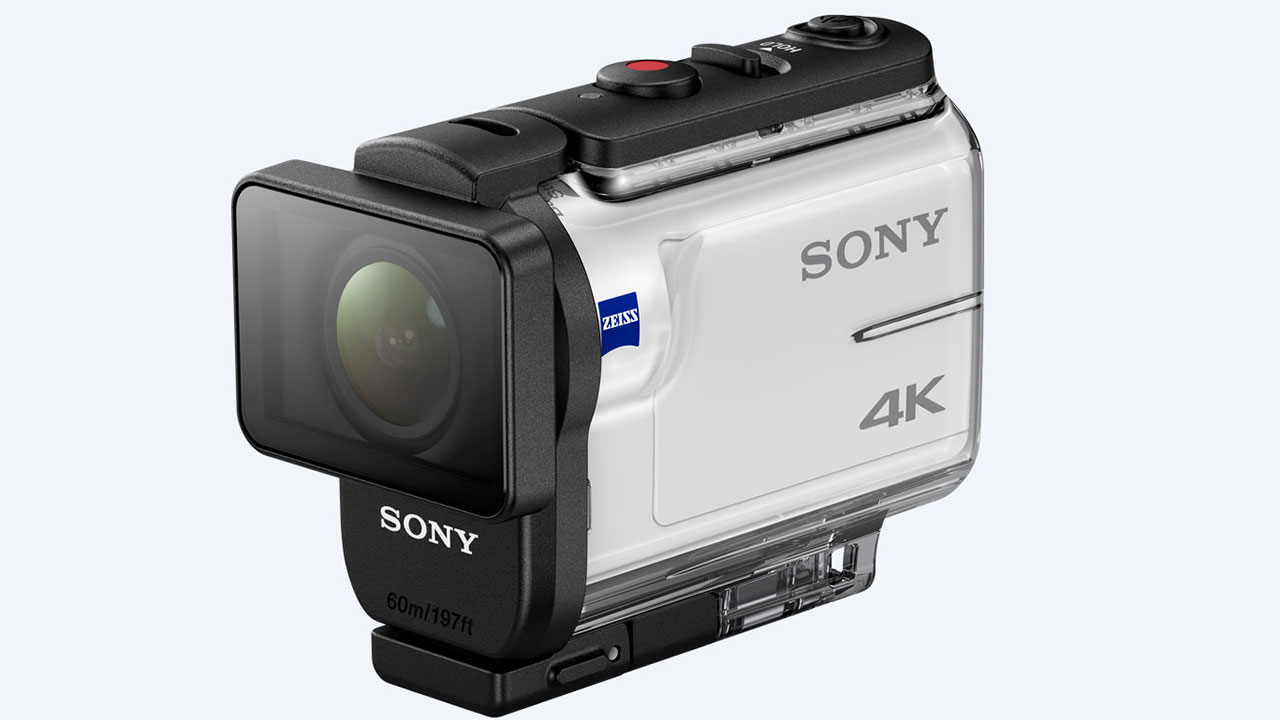 In a week packed full of new camera announcements, the Sony FDR-X3000R action cam shows us that its not just about top-of-the-range, flagship cameras. With this significant announcement, Sony takes aim at the GoPro market yet again with their latest 4K-capable action cam with optical image stabilisation. 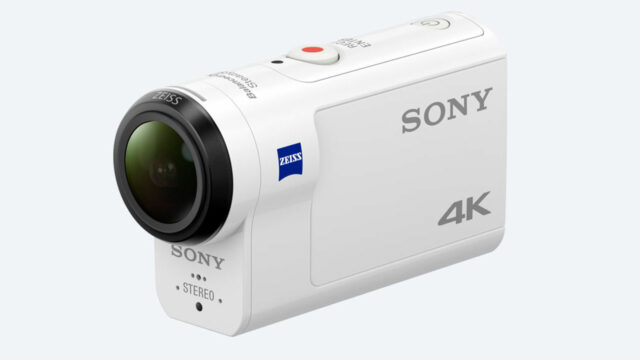 One of the main characteristics of the FDR-X3000R is the adoption of the Balanced Optical SteadyShot technology found in some of Sony’s handicam models. The B.O.SS system works by moving the entire optical path rather than just individual elements, and is supposed to achieve even greater shake reduction, making it ideal for action cam applications such as helmet or handlebar mounted operation.

In terms of hardware, the FDR-X3000R weighs only 114g, and features an 8.2MP Exmor R CMOS sensor backed by a BIONZ X processor, the very same brains inside the Sony ɑ7 range, which allows for a full pixel readout without pixel binning. In addition, the new low-distortion Zeiss Tessar f/2.8 lens is adjustable in-camera to f=17 mm, f=23 mm and f=32 mm for Wide, Medium and Narrow settings respectively, and features a 3x smooth zoom while recording. All of this is housed in a splash and freezeproof body, making this action cam suitable for a variety of situations. 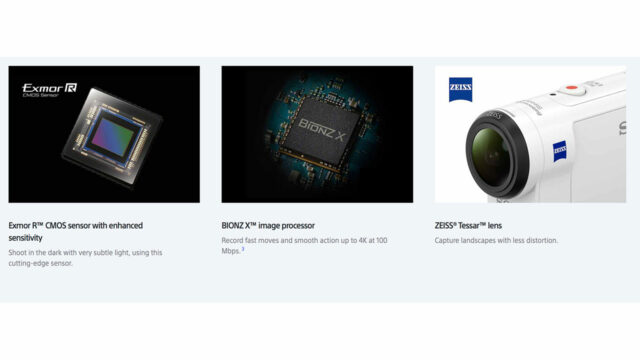 Included in the box is also a dust and shockproof underwater housing, allowing you to take the action cam down to a maximum depth of 60m. Also included is the new Live-View Remote used to monitor the image and control camera functions remotely via WiFi and Bluetooth, and which can be used as a watch-style wearable. These items are certainly a nice addition to the starter package, as Sony could have easily made them available as extras. 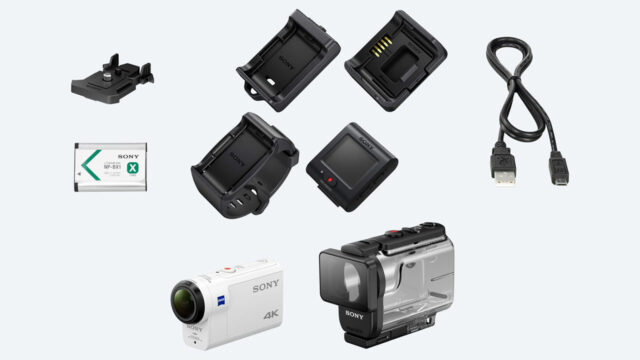 List of features of the FDR-X3000R at a glance

All in all, the FDR-X3000R sounds like a solid alternative for those looking for a capable and flexible action cam for that interesting extra angle. There will be some nice accessories available for it upon launch— such as the AKA-FGP1 Finger Grip and AKA-MCP1 MC Protector — but the camera already comes as a very usable package straight out of the box. The B.O.SS technology is certainly a welcome addition for this style of camera, and the ability to record in 4K means it offers a solid platform to further stabilise in post if needed.

The Sony FDR-X3000R will be available in November for an estimated retail price of around EUR 600. For more information, be sure to check out Sony’s product page.

Do you think GoPro is in trouble yet? Let us know your thoughts in the comments section below.