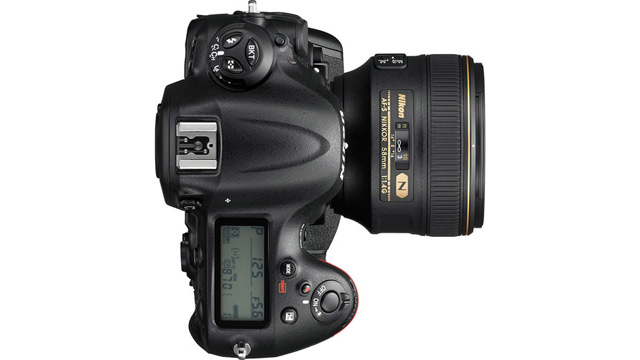 Nikon’s newest flagship DSLR was announced today: The new Nikon D4s shows balls in terms of video functionality and addresses many things that can only be desired on other DSLR’s. Let’s take a look: This top of the line professional DSLR competes with Canon’s 1DX and 1DC as it shares many of the features targeting a professional audience.

Regarding video Nikon has earned a lot respect with its latest entry level DSLR, the Nikon D5300 (review here) which showed a lot of positive development on the video functionality side as well as a surprisingly sharp and clean image.

The new D4s puts this effort into a large-sensor camera and has the following to offer:

Full frame sensor with possibility to use a sensor crop (2.7x, FX, DX)
This is a feature we’ve seen on the Nikon D4 two years ago (link to Nikon D4 review). The 2.7x crop mode produced beautiful results while there was a lack in quality in the other modes. We hope Nikon has fixed that and we will see in our upcoming review.

FullHD 60p & 50p recording
Just like the Nikon D5300 which was the first Nikon to implement slow motion we’re seeing the 1080p60 mode now also implemented in the Nikon D4s. It’s a feature we’ve been waiting for on Canon DSLR’s and we’re applauding Nikon for taking the lead here.

Uncompressed output via hdmi
In order to get the best out of our cameras many of us tend to record an output feed with a disk recorder such as the Atomos Ninja 2. Like that we can avoid low bitrate internal codecs which helps to achieve a faster editing workflow and better color grading results.
This only works when the feed is overlay free and provides a FullHD signal which seems to be the case here.
An additional goodie is the fact that while outputting to a disk recorder or monitor the live view screen on the back of the camera stays active.

Simultaneous recording to both memory cards
This is a feature many users of the Canon EOS C300 enjoy as it allows you to instantly backup your files while recording on a second card, or easy duplication of files as a client copy for example. We can say that this is an impressive list of specs and there seems to be little left to desire. What’s missing in comparison to Canon’s 1DC of course is the 4K mode, but in terms of a fullHD video recording everything seems to be there. Now we will have to wait and see how the actual output looks like and if it’s as pleasing as the D5300 showed is possible on a Nikon DSLR.