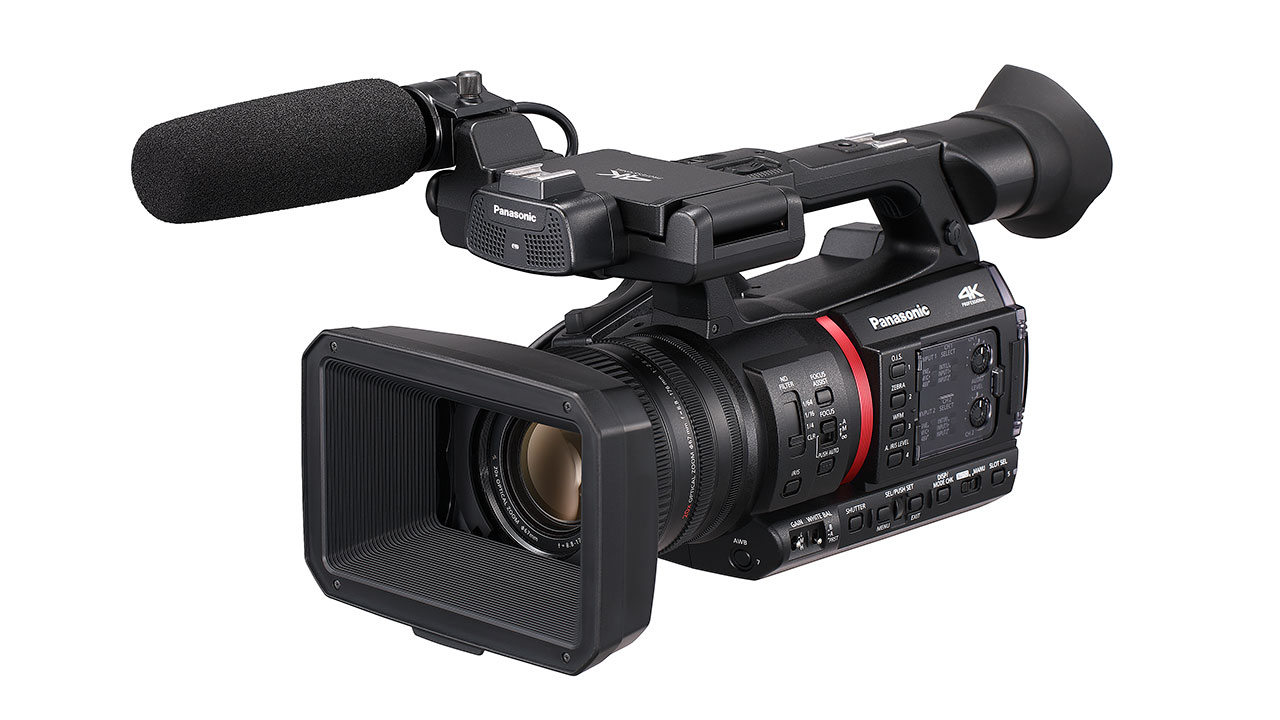 Following the release of Canon’s flagship handheld camcorder, the XF705 in September, Panasonic is now following suit with the introduction of the AG-CX350, their own top-of-the-line model, recording 4k 60p in 10bit at up to 400Mbps to HEVC files and onto readily available SD Cards. The camcorder rocks 1.0-type MOS sensor and a 20x optically stabilized zoom lens, at an equivalent 24.5 mm to 490 mm, F2.8 to F4.5.  It supports 3G SDI (up to 1080/50P/60P, 10 bit 4:2:2) and, HDMI out up to UHD. Also supported IP streaming and a host of simultaneous recording options. Here’s everything you need to know.

Although Panasonic is manufacturing quite a few models in the camcorder section the Panasonic AG-CX350, similarly to the aforementioned Canon XF705 will be the first to support a more modern workflow, recording 4k 10bit up to 60p onto dual SD Card slots, using the efficient H.265 compression (HEVC) and supporting IP streaming. Let’s get a handle on the basic functionality first though. 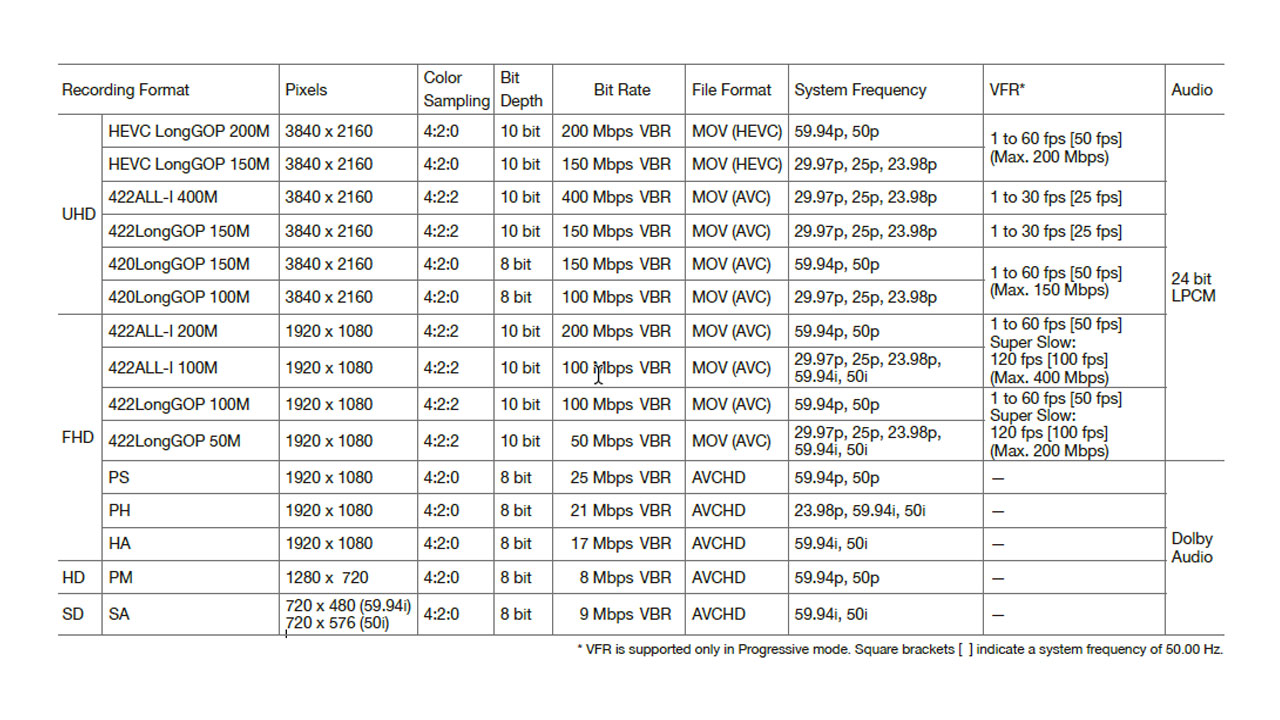 The lens seems to be somewhat similar to the one used in the Panasonic Panasonic HC-X1, with its rather large 20x zoom range of 24.5 mm to 490 mm at F2.8 to F4.5. The lens is optically stabilized and the Panasonic AG-CX350 can use Hybrid OIS, combining digital stabilization and the lens’s to achieve a result that should be somewhat similar to what the EVA-1 can do with a stabilized lens. The lens has three control rings, to manually control focus, zoom and aperture.

The AG-CX350 also features Panasonic’s so called Intelligent AF, which aims at providing smooth focus transitions instead of jarring jumps. You can use the camcorder’s touch display for one-push-focus, and focus assist features like peaking and magnification are built in. How reliable the AF is, will remain to be seen, however I was not able to find out what actual technology is used here – my guess would be contrast detection only though. 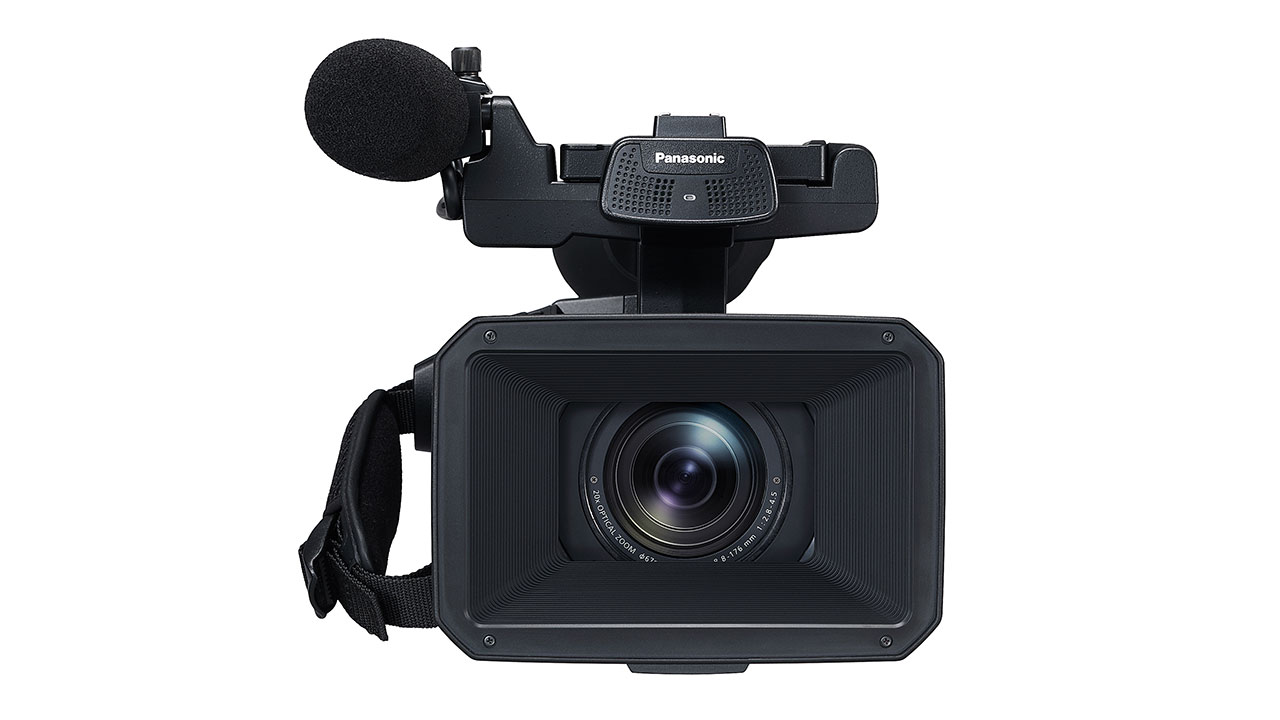 I’ve mentioned the headlining feature recording 4k 60p 10bit in HEVC to relatively cheap UHS-II SD Cards. However one of the more helpful features is the ability to record in more variable ways, using the AG-CX350’s two card slots. Apart from “normal” sequential recording to each card individually until it’s full, the AG-CX350 allows for what Panasonic calls “Unlimited Relay Recording”, enabling you to keep recording to one card, while hot-swapping the other already full card with a fresh one. This might be very helpful for news gathering, or event-type recording, where the duration of the event is not set into stone. Another pretty innovative recording mode, is to record individual clips to one card, while the other records a continuous version stream (meaning the portions you are not actively recording to your main card, are still recorded to the other). Of course simultaneous backup recording to both cards is also on board. 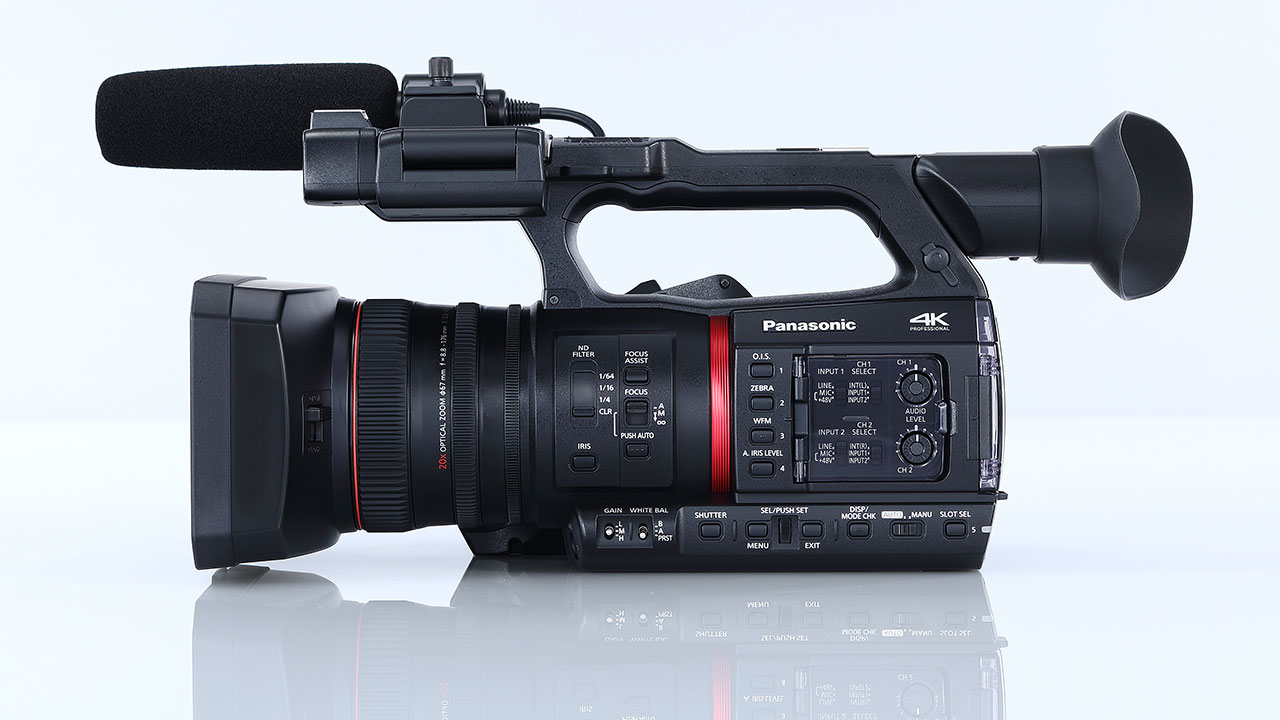 The Panasonic AG-CX350 checks all the boxes of a standard handheld camcorder body: compact design with the integrated top handle, from which the monitor, viewfinder and microphone protrude at its center, a strap around the side grip and all the major controls on the operator side. Although the body may be compact, the feature-packed little camcorder does come in at a shooting weight of around 5.1 lbs / 2.3kg. In 2019 the resolution of 2.3 million dots for the viewfinder and 1.7 million dots for the LCD screen respectively, could be higher.

The Panasonic AG-CX350 uses AG-style batteries and the bundled AG-VBR59 will give you a recording time of around 3 hours 20 minutes. It will charge in the same amount of time using the quick charger and there are batteries with double that capacity available. The body also has a 12V DC in.

Other features, pricing and availability

Here are some more interesting features that weren’t mentioned above:

What do all our ENG-Pros think of the Panasonic AG-CX350? Is it a viable option for your productions? How does it stack up against the competition, from Canon in particular? Let us know in the comments!