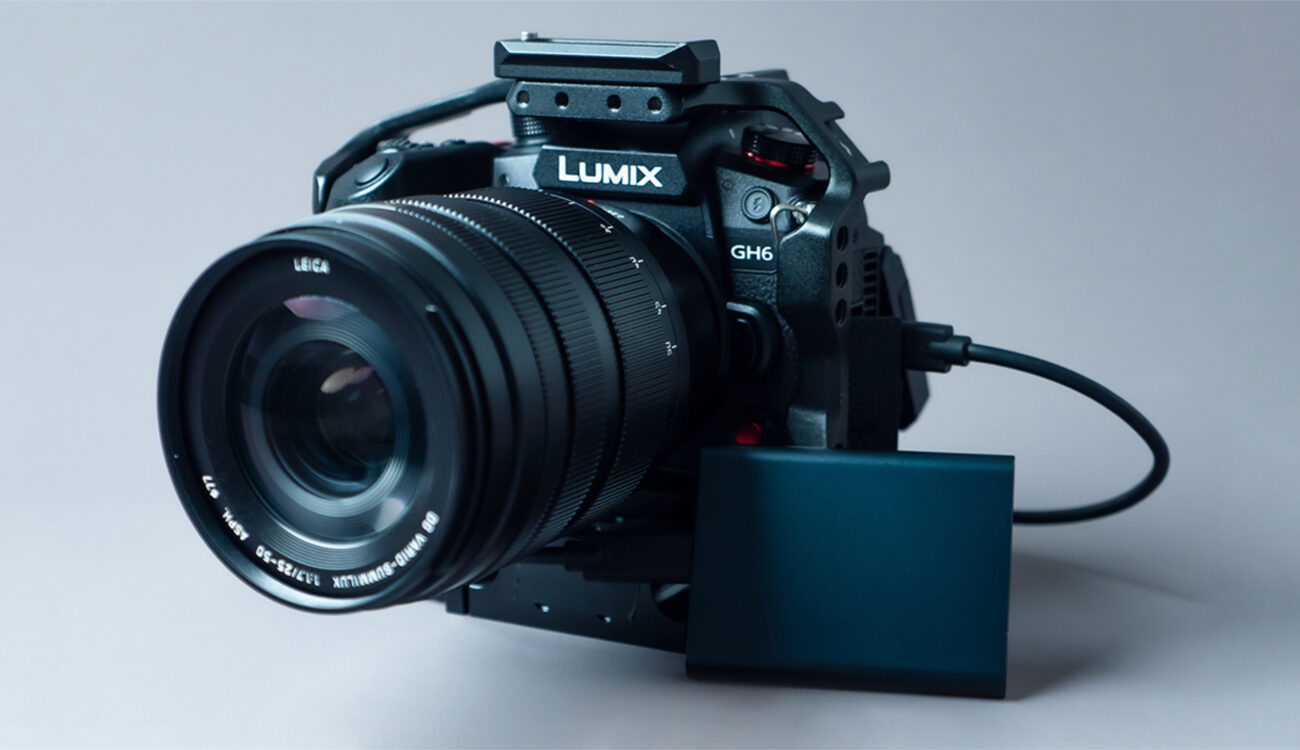 by Olaf von Voss8 days ago

Panasonic has just lifted the curtain on its latest software update for the LUMIX GH6. The GH6 firmware v2.2 adds an exciting feature that many filmmakers have been asking for: You can now record directly to a connected SSD via the camera’s USB interface. Firmware v2.2 will be available for download on September 27.

However, there are a few limitations here, as the USB bandwidth is limited. When recording at high frame rates, recording on an external SSD only supports up to 60fps. Also, as mentioned above, the connected SSD must not exceed a capacity of 2 TB. Recommended drives can be found on Panasonic’s compatibility website (at the time of writing, the SSD section was not yet online, but should be soon).

Lastly, simultaneous recording to an external SSD and an internal CFexpress card is not possible with this update.

The LUMIX GH6 was launched in February this year, and here at CineD we’ve already undergone our usual “holy trinity” of coverage: News Post | Video Review | Lab Test. In addition, we had the opportunity to talk to Yosuke Yamane-san, director of Panasonic’s Imaging Business Unit, about the new camera, and of course, we also reported on the v2.0 firmware that was released this July.

I think this little Micro 4/3 camera is still a serious contender to other solutions the market has to offer. Especially if you don’t have the term “Full-Frame” specifically on your shopping list.

The GH6’s smaller sensor may not offer the same bokeh and may be a bit behind full-frame sensors in some other areas, but given the size (and cost) of the lenses alone, it’s only understandable that some filmmakers are switching to the M4/3 side.

And the new LUMIX GH6 firmware v2.2 might be another reason to do this, since it’s such a handy feature to be able to record directly to an SSD, plug it into a laptop, and start editing without wasting time (make sure to create a backup, though). I use a BMPCC 6K Pro exactly this way, and it’s such a breeze for smaller projects.

What do you think? Would you use an external SSD for filming with the LUMIX GH6? Share your experiences in the comments below!