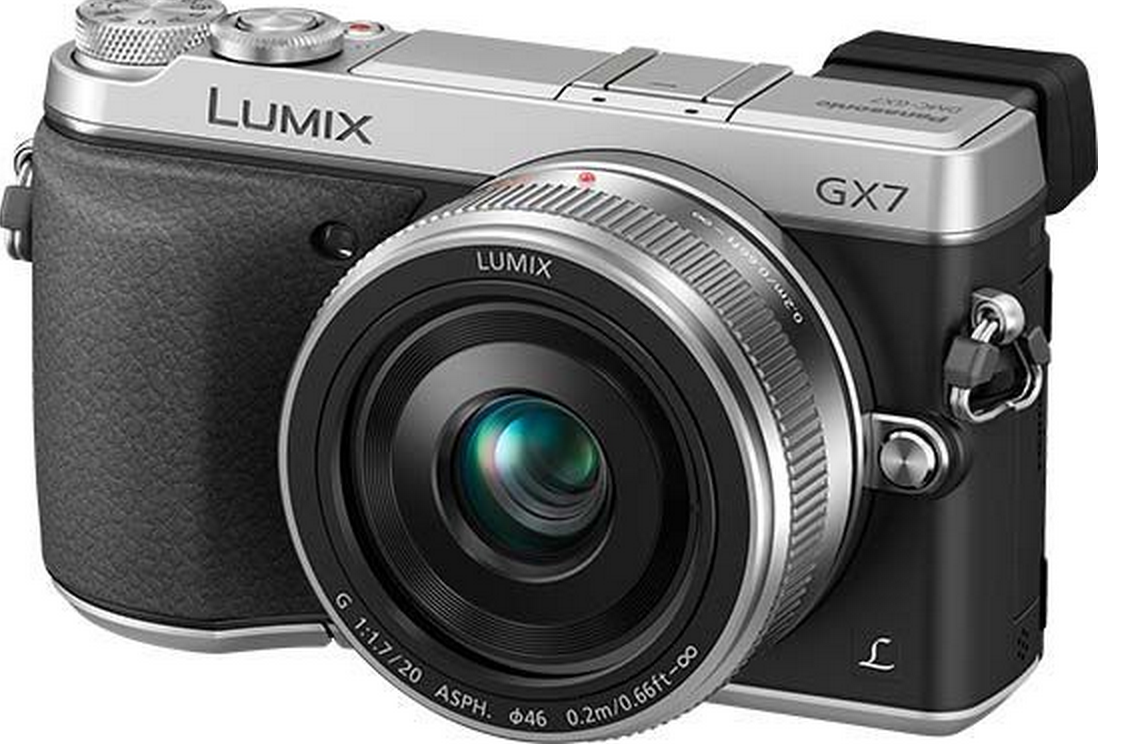 For anyone keeping up to date with MFT news will be aware of this little beauty – the Panasonic Lumix GX7, a compact mirrorless 16-megapixel micro 4/3s camera, with similar video functions to the flagship GH3.

The GX7 is Panasonic’s latest release in their Lumix G line. The predecessor GX1 fell a little short in the video department, with capped bitrates for video, and no manual exposure control (out of the box). However the GX7 looks set to be a great contender for an ultra compact video camera, albeit one major sting in it’s tail (more on that later).

Like almost all Panasonic cameras, the GX7 utilizes a Venus Engine processor, with a maximum ISO of 25,600, exceeding it’s predecessor at 12,800. Maximum shutter speed has also been increased to an impressive 1/8000th of a second (DSLR territory). A feature that will be of interest to film makers is the in-built, tiltable EVF. The viewfinder features a 1024 x 768 field-sequential LCD. An EVF is an essential feature for ultra compact cameras, especially when setting changes are often via touchscreen, making loupes a tricky and cumbersome accessory to use (the EOS M begs for an EVF). The third exciting feature for video is the camera’s 3-level focus peaking. This will be warmly welcomed. With any larger sensor camera, this feature really should be as standard. It’s one that DSLRs have always overlooked. There is a big drawback for this camera however (for video at least), and that is the lack of mic input. The GX7 will only record audio via inbuilt stereo mic. This is a huge oversight from Panasonic. Yes to achieve good audio you should record it separately, but for low impact shoots (kit wise), a small shotgun mic would be a great asset. Final judgement on the audio quality will be reserved until first hand experience. However the fact that the mic is built into the body suggests it’ll generate a lot of operating noise.

Whilst Panasonic missed out the mic input, they didn’t forget the video out. There’s a micro HDMI port which outputs full HD. The camera shoots to SDHC memory cards.

This is a great little camera. With a small fast prime this would be great for ultra compact, discreet filming. I can see this working well for taking on holiday, or any situation where you’ll be travelling super light. It’s just a shame there’s no mic input! It’s easy to complain about features that aren’t present on new releases, but we’re not talking about unrealistic wish list features. We’ve seen mic inputs on many mirrorless cameras prior to this, including ones from Panasonic.

The Panasonic GX7 is available for pre-order now from BandH for $999.99