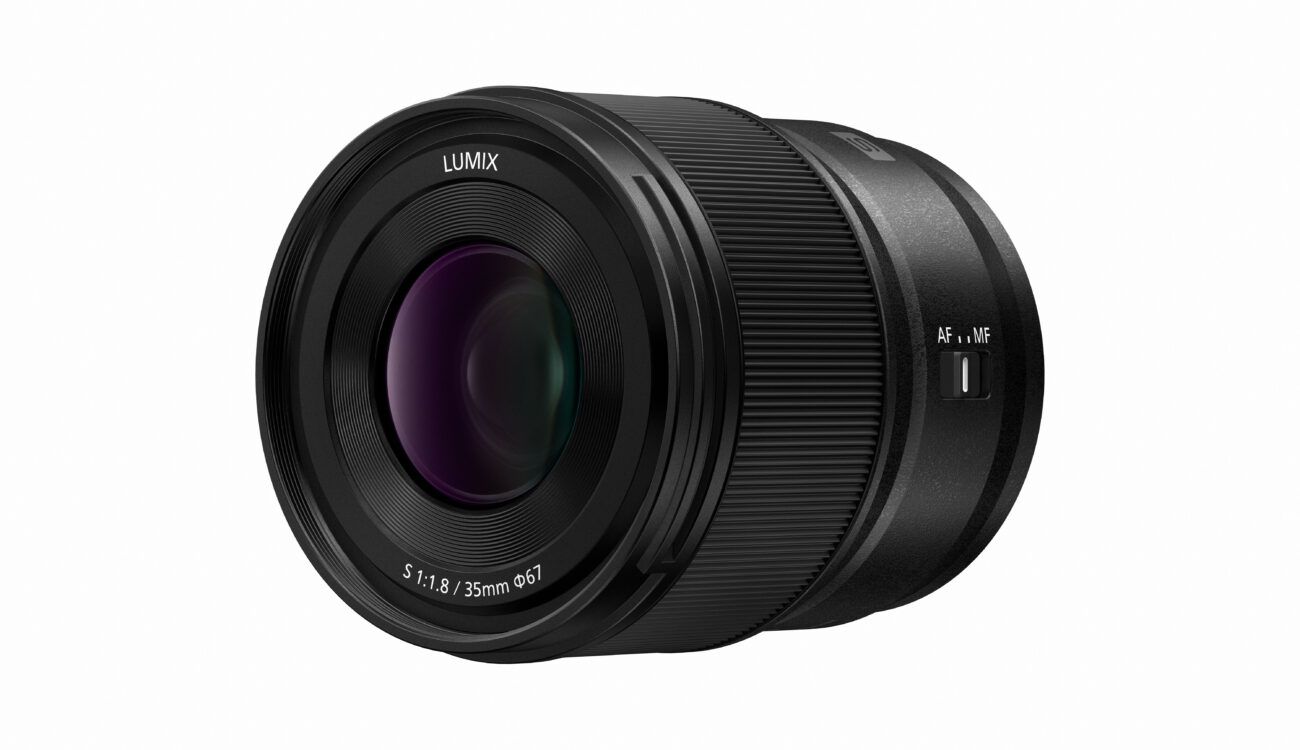 Much like Sony, its not-so-distant cousin Panasonic is a company that makes pretty much everything related to filmmaking. While this multi-national conglomerate has their hands in a lot of cookie jars, they continue to make great cameras and lenses. Today, Panasonic introduced the new LUMIX S 35mm – a new lens of the LUMIX S lens lineup that continues their L-Mount partnership.

The new addition to the LUMIX S lineup is part of the fairly new L-Mount Alliance between Panasonic, Leica, and Sigma. Recently, Leitz Cine Lenses has also joined the trio to standardize lenses and lens mounts across a range of cameras. With the Alliance now a quartet, it’s fitting that the LUMIX S lens series has now been expanded to four lenses with the new 35mm.

Panasonic has attempted to create a unified concept among all of the lenses with some nice features that will help L-Mount shooters. No matter if a shot is handheld, locked off, or on a gimbal, the Panasonic LUMIX S 35mm, as well as its siblings, is said to provide a great shooting experience. Let’s break down what Panasonic is offering with the new addition to the family.

The Panasonic LUMIX S 35mm f/1.8 is the fourth addition to their large-aperture fixed focal length lens series. Much like its siblings, the new 35mm is of a similar build. It also has a 67mm filter thread and a consistent center of gravity. This makes it an attractive option for gimbal users who shoot on primes and need to swap focal lengths.

The 35mm f/1.8 contains eleven lens elements in nine groups and includes three aspherical lenses and three extra-low dispersion lenses. This is said to provide sharp detail with beautiful bokeh and reduced chromatic aberration. While the lens can be paired with any camera that has an L-mount, Panasonic suggests using the Panasonic S5. With the weight of the 35mm lens at about 295g (~0.6lbs), this setup allows for a small footprint.

The LUMIX S 35mm F1.8 works with the S5’s high-speed, high-precision contrast autofocus system and can be focused manually with a non-linear and linear focus option. For videographers and cinematographers, Panasonic has claimed to reduce focus breathing in not only the 35mm but the entire LUMIX S range. Combined with a micro-step aperture for smooth exposure changes, Panasonic’s new 35mm and its siblings are set to tackle the cinema lens market. Here’s a handy list of features for the new lens:

If you shoot on an L-mount camera and own other lenses in the LUMIX S series, then yes. The new 35mm is a great lens to round out the current kit of 24mm, 50mm, and 85mm. Panasonic has made some incredible cameras and the L-mount Alliance seems to be paying off. So much so that a new 18mm LUMIX S lens is on the horizon. As it stands, Panasonic lenses seem to be catching up to their cameras in quality and usability. While the future is still unwritten, with releases like this, it certainly looks bright.

What do you think of this new lens? Do you have other lenses from the LUMIX S lineup? What lenses are you missing? Let us know in the comments!