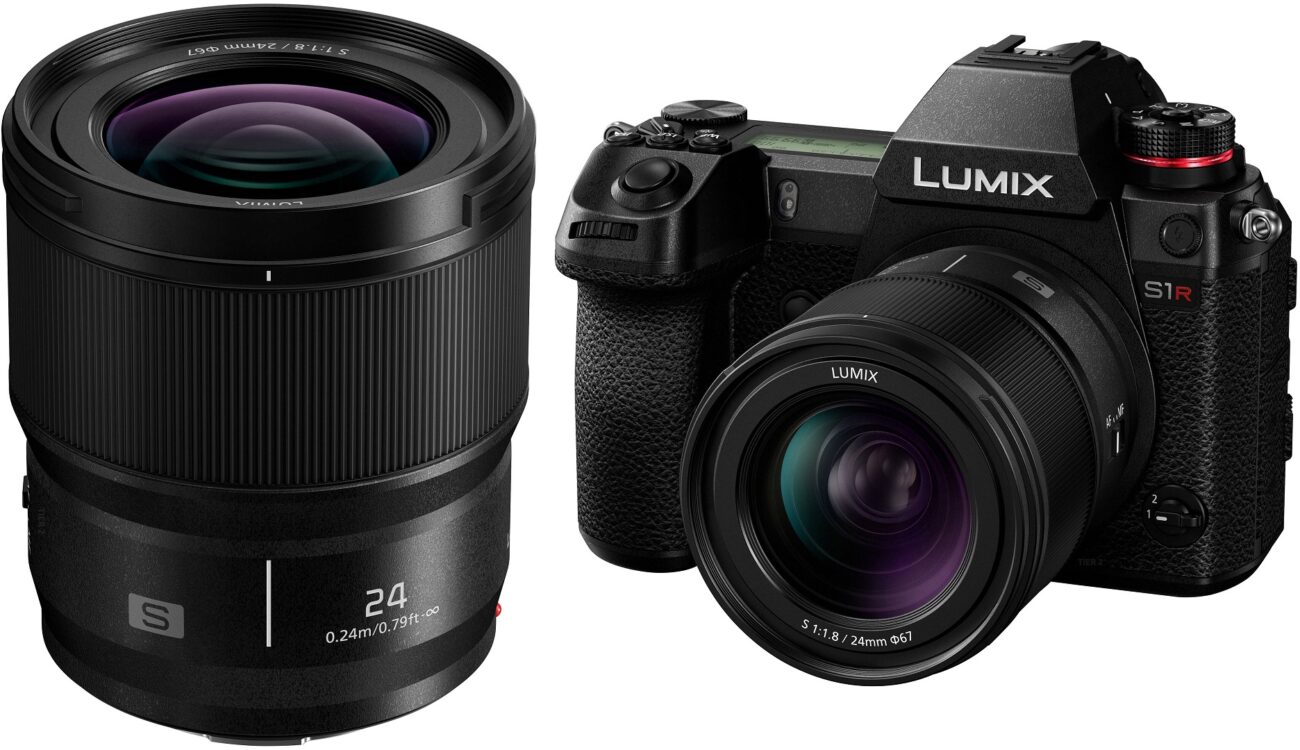 Panasonic LUMIX S 24m f/1.8 is a new fast prime lens for Leica L-Mount cameras. It features similar physical attributes as the existing LUMIX S prime lenses with compact size and weight and a 67mm front filter thread. The lens has linear focus ring control for mechanical-based follow focus systems and a micro-step aperture control for smooth exposure changes – both features are useful for video shooting. The LUMIX S 24mm f/1.8 lens will ship in mid-October for around $898.

As a part of the L-Mount Alliance, Panasonic committed to providing enough native lenses for the system. At the beginning of the era of LUMIX S full-frame cameras, Panasonic first introduced professional zoom and prime lenses with premium price tags. Alongside SIGMA, both Japanese companies have been lately bringing relatively affordable glass for the Leica L lens mount cameras.

The rounded nine-blade aperture is available between f/1.8 and f/16 and it can only be controlled from the camera – there is no aperture ring on the lens. The f/1.8 should provide a relatively shallow depth of field even at this focal length as long as the subject is closer to the lens.

When it comes to the optical design of the lens, the LUMIX S 24mm f/1.8 comprises twelve lens elements in eleven groups – three aspherical elements, three extra-low dispersion elements, and one ultra extra-low dispersion element to reduce chromatic aberration and color fringing for improved clarity and color accuracy, according to Panasonic. The minimum focusing distance of the lens is 9.4″ (24 cm).

As the company further states, the linear autofocus motor suppresses focus breathing for smooth, precise, and near-silent focusing performance. The good news for us filmmakers is that the focus ring features linear focus ring control for mechanical-based follow focus systems. It can move the focus at a constant speed in accordance with the rotating angle of the focus ring. Another useful feature for video shooting is the micro-step aperture control for smooth exposure changes.

As with other LUMIX S primes, the lens does not include any optical stabilization. It features dust -, moisture-, and a freeze-resistant design for increased protection from the elements. The lens features a 67mm front filter thread that matches the other lenses in the line. Generally, all three existing lenses in the LUMIX S line are similar in weight and size, so it should be easier to change them quickly on a balanced setup such as on a gimbal. The last lens of the line – 35m f/1.8 should also be coming soon from Panasonic.

The LUMIX S 24mm f/1.8 lens is available for pre-order right now. The shipping should start in mid-October 2021. When it comes to price, the lens will set you back at around $898 (around €776 plus VAT in Europe). This is a couple of hundreds more than its 85mm and 50mm siblings, but wide-angle alternatives with the same maximum aperture are always more expensive as they are optically more challenging to make.

When compared with the SIGMA 24mm f/1.4 for L-Mount (which is roughly the same price), the Panasonic is more compact and much lighter (310g versus 665g).

Do you use an L-Mount camera for your work? What do you think about the new LUMIX S 24mm f/1.8 lens and other LUMIX S primes? Let us know your thoughts in the comments section below.