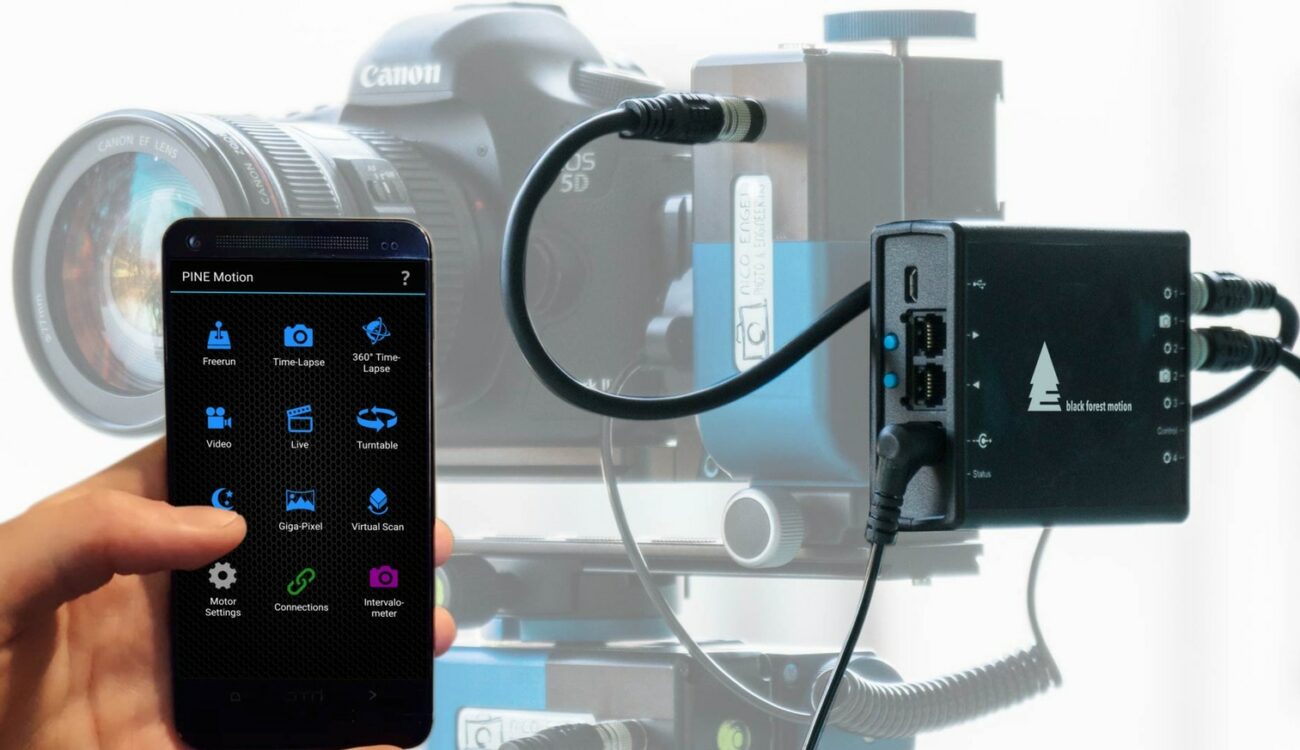 As motion control systems for small cameras have proliferated, that industry has still not achieved widespread cross-compatibility, a quality which may free users to further exercise their own judgment and creativity, but which undeniably presents challenges. PINE looks to change this, and it’s a project aimed in a fascinating direction. The project surpassed its €40,000 funding goal on Mar 22, 2018, and is now available for pre-order through Kickstarter or directly on their website. 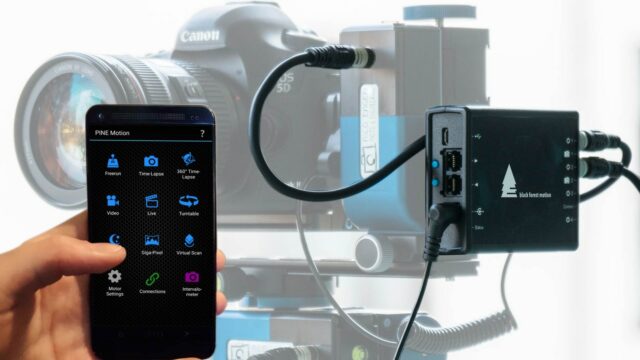 To Be or Not to Be (Proprietary)

Proprietary vs. openly compatible — this is a complicated debate that has persisted in numerous technological industries. Whether in computer operating systems, video codec designs, or the choice of connection protocols in film equipment, tech industries have witnessed a constant struggle between the merits of top-down control and those of bottom-up creative and operational freedom.

This running stalemate remains unresolved simply because there are serious pros and cons on each side. Tightly controlled systems can be more reliable and simpler to operate. Their discouragement of tampering and improper setup can make them more viable for both rental and resale life-cycles.

Proprietary environments also encourage a certain type of market competition, because an innovation adds value to a companies’ own ecosystem more exclusively (though this point faces some interesting qualifications).

However, proprietary systems are also more subject to cascading break-downs that are not field-reparable. The operational simplicity of closed technology can fiercely backfire in the field. Not only are users generally locked out from understanding the inner workings of proprietary systems, they are encouraged not to try.

Economically, openly cross-compatible industries are like fertile soil. They are more friendly to start-ups entering the field, because a new offering of one component can come to market with far less initial capital than an entirely new proprietary system.

What to conclude? As in many cases, we are faced with a stalemate only in the abstract. When a particular product comes into focus, things get clearer. 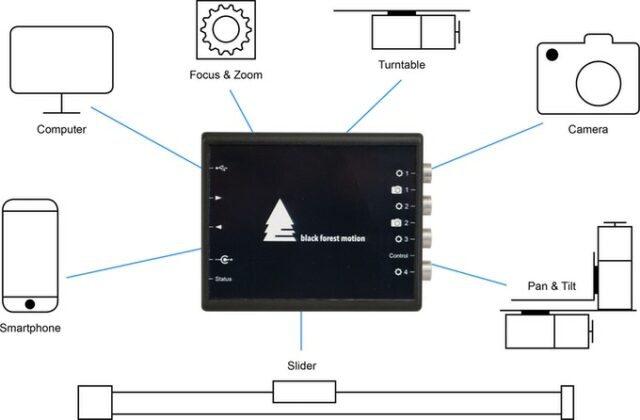 PINE is designed for universal compatibility with motors and other devices.

Camera motion control systems are an excellent candidate for becoming more openly cross-compatible. They are a simple application of established, time-tested technologies, and their main components, the stepper motors in their pan-tilt and slider motors, are generally bought off-the-shelf. The communication protocols between the controllers and motors are relatively simple.

This means that users of pieced-together motion control systems would only need moderate technical expertise, and such expertise would be empowering rather than needlessly burdensome. Furthermore, the possible applications of motion control are so numerous that creativity would thrive if users could construct piecemeal systems more freely.

According to the creators, PINE, a universal motion controller, “can be connected to any slider or pan-tilt unit with stepper motors,” can control various camera models, and connects to iOS and Android devices

PINE’s creators are careful to emphasize that it is not a full motion control system, but a controller that is widely compatible with existing pan-tilt heads and slider motors. Focusing on this aspect of motion control exclusively has allowed the creators to pack in a lot of interesting features and focus on build quality and professional connections. 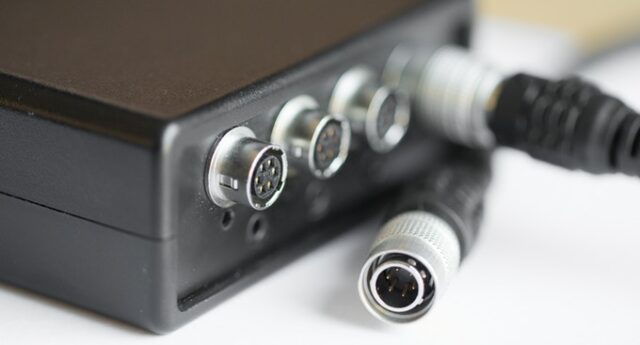 PINE’s features are to include:

Its program modes are to include:

PINE’s developers have numerous details about these features and functions, as well as example videos, on their Kickstarter page.

In case you are in the market for a more full motion control kit, Black Forest Motion have partnered with the makers of the Nic-O-Tilt head to offer a very nice system in keeping with this same focus on open compatibility. The motors attach together using widely compatible, built-in Arca-Swiss plates and receivers, further encouraging users to think outside the box when piecing various components together.

Of course, you can also choose from a large and growing selection of motion control products from other vendors based on the details of your particular needs. After all, that’s the whole point of PINE.

The idea of openly cross-compatible motion control systems is an intriguing one. It is undeniable that ensuring predictable functionality with a plethora of motor devices is a unique engineering challenge, and only time will tell if Black Forest Motion can pull it off.

But if they do pull it off, or if they inspire other manufacturers to pursue cross-compatible strategies, I believe we would all have them to thank.

What do you think? Is PINE’s ambition to connect to and enhance existing and future motion control components a worthwhile pursuit? What would a product like this mean for your motion control workflow?