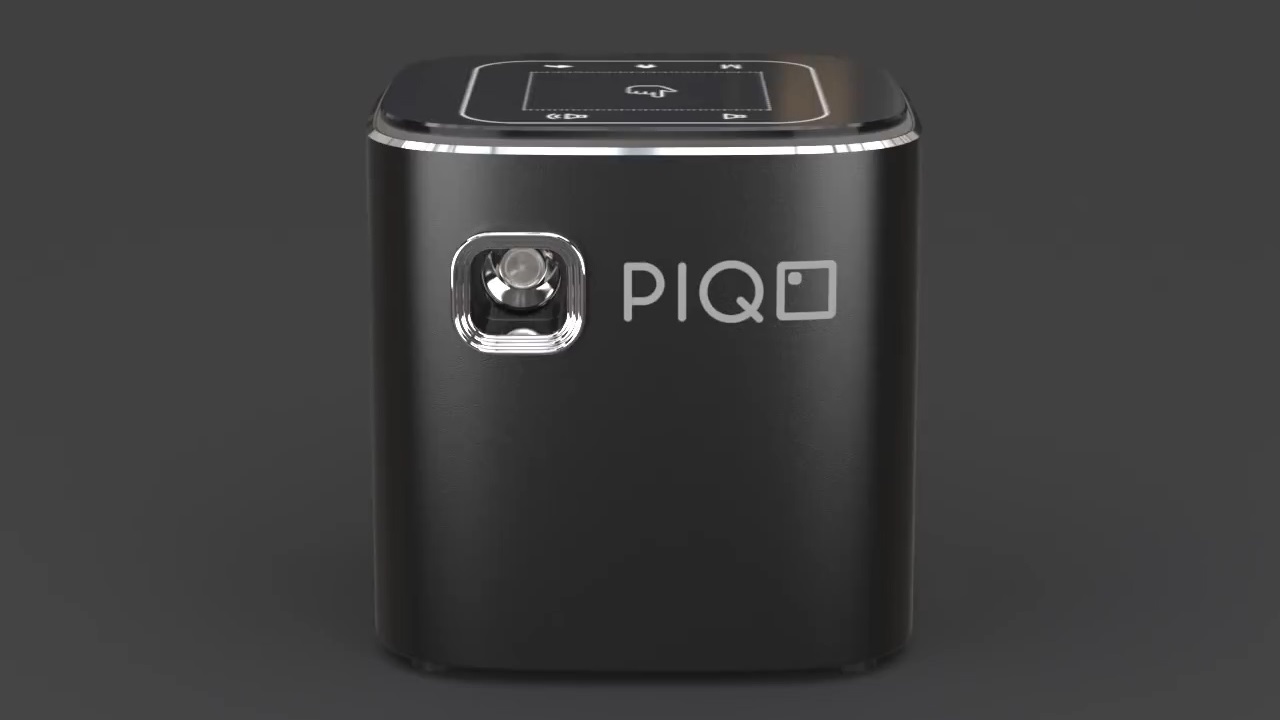 There is an interesting product campaign on Indiegogo at the moment – pocket projector called PIQO. It offers 1080p image at up to 240″ with 200 lumens output in a tiny cubical body. It runs on Android and can connect to basically any device. 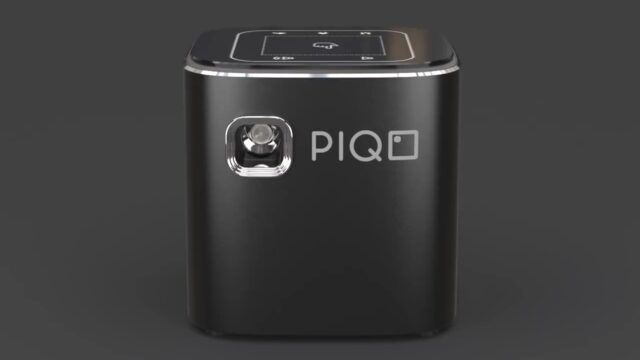 The PIQO pocket projector is certainly an intriguing product and its creators are running a successful campaign on Indiegogo: It is a very portable projector in a cubical shape (only 2.25″ each side). It runs on Android 7 Nougat system and can function as a standalone entertainment device or connect to a phone, laptop or any other device – wirelessly or with a cable. There is a 64 bit quad-core CPU in the projector to ensure the Android runs smoothly. PIQO uses DLP technology (digital light processing – more on the technology here) with long life LED light to project the image.

In terms of connectivity, the PIQO projector is quite versatile – it has full-size HDMI and USB inputs and it supports Bluetooth 5.0 and Wi-fi. It can instantly pair with a device regardless of the operating system – it accepts Windows, Android, iOS and iMac devices. The projector has a built-in memory of 16GB for saving offline content to watch or listen without an internet connection. That is quite a small memory if you ask me. On the other hand, connected USB-stick can provide the additional memory when needed.

Even though the device is really tiny, it also includes oversized Hi-Fi speakers which should (hopefully) provide decent sound. The built-in battery is supposed to provide up to 5 hours of video playtime or 50 hours of music playback. With the quick charge feature, just 15 minutes of charge time can power PIQO up for an hour of video playback. 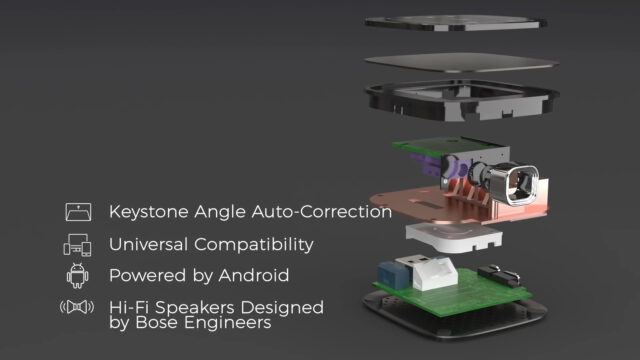 Controlling of the projector is done via touchscreen on top. It allows users to select the media, apps and more by simply dragging and clicking. There are five more touch icons around the central touch area to make controlling the volume, screen dimension, and navigation easy. Thanks to the Android system, the PIQO is compatible with many apps from the Google Play store – including YouTube or Netflix. 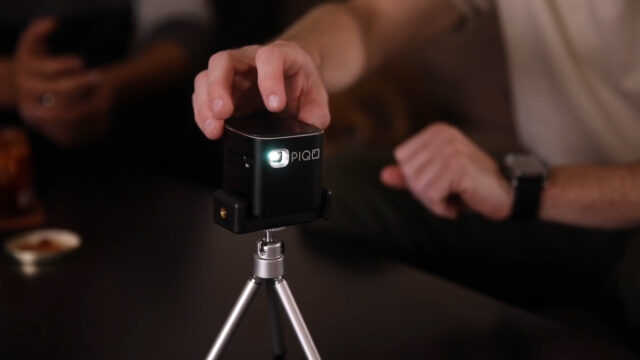 Not only is the PIQO projector equipped with a screen mirroring function. It also features gravity sensors that allow for automatic image angle adjustments on an uneven surface. With the touch of a button, the projector will correct its own angle. They call the function “intelligent keystone auto-correction projection”. 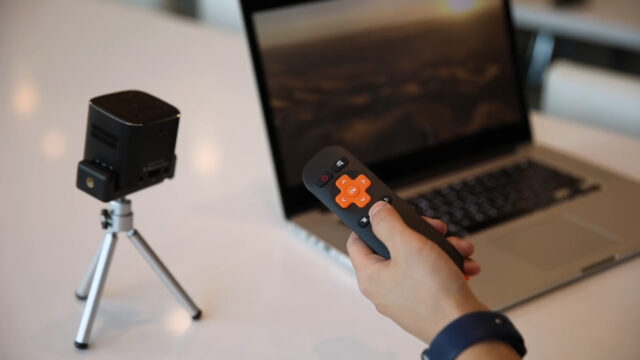 The prices now start at $325 + shipping for one PIQO projector unit. The price per unit is a bit lower when you order more – with 4 pieces ($1,050 + shipping) it is $262.50 + shipping. Please note, that this still is a crowdfunding campaign, not an online shop where you buy and it gets shipped, so keep that in mind when sending the money.

The crowdfunding campaign already exceeded $800,000 so it will, of course, be successfully funded. It ends on 27th January, so there is still time to be part of it and get the PIQO projector. What I find interesting (and a bit weird) is, that the estimated delivery of the products is March 2019, but the Indiegogo site says that PIQO is at a prototype stage. Seems to me rather as a production stage already given the delivery date. I also found out the product has been in development since November 2017, so it should be ready for mass production. Let’s hope it gets delivered on time, hard to be sure with any crowdfunding projects (and don’t say we didn’t warn you if there are delays).

What do you think of the PIQO pocket projector? Do you use some kind of portable projector? Would this be useful to present your work to clients on the go? Let us know your thoughts or experiences in the comments below the article.