The new Preston Hand Unit 4 (HU4) made an appearance at Cine Gear and there is lots to love right off the bat. For one, the unit now features a huge 4.63″ (diagonal) daylight viewable touchscreen and is 35% lighter than its predecessor the Hu3. Howard Preston from Preston Cinema Systems gave us the inside scoop in an interview on the show floor: 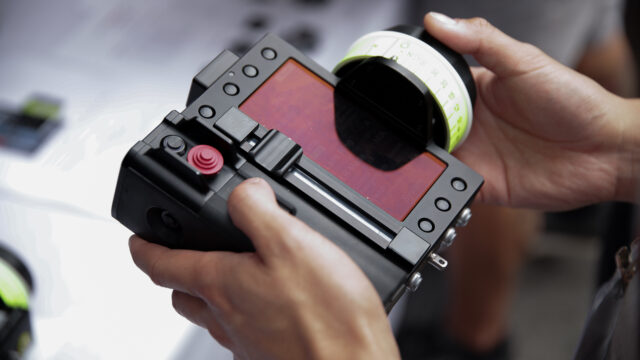 There are tons of improvements with the new system across the board when compared to the previous generation. In particular I found the touch screen FIZ controls (Focus/Iris/Zoom), to be very intuitive in the brief floor demo and the squeeze and expand hand motion makes lots of sense to anyone who has used a smartphone over the last five years.  Focus assist integration with the Light Ranger 2 on the handgrip is well thought out and you don’t have to let go of the grip to switch from manual to autofocus control on the LR2. The micro force zoom control is included this time around and isn’t a paid upgrade like in the previous generation.

The Hu4 will also allow you to transfer lens library data to and from your cell phone using bluetooth with an updater module attached to the lemo port. 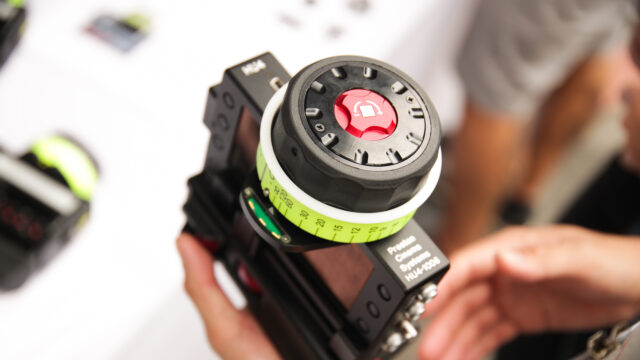 Simply turn the red portion of the knob (pictured) to adjust knob drag.

The HU4 seems able to withstand a fair amount of punishment (especially in the form of moisture) and Howard Preston mentioned that the touch screen interface actually helped make the device more weather sealed overall. You can also control the overall menu using the joystick.

Everything remains backwards compatible with past motor drivers from Preston like the MDR-3 and MDR-4. 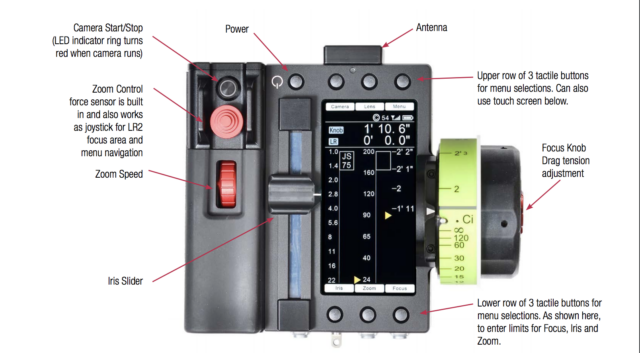 The Hu4 weighs in at 2.4lb when you include the Sony alpha series NP-FZ-100 battery needed to power the device. The company is also teasing camera control for specific brands of cameras, so it will be interesting to see if that comes to fruition in the near future. Interestingly their manual for the HU4 specifically highlights camera control for the Sony VENICE as “coming soon.” For more information you can visit the Preston Cinema Systems website HERE.

What do you think? Does the HU4 make you want to pull the trigger on a Preston Cinema Systems focus, iris and zoom kit? Comment below!