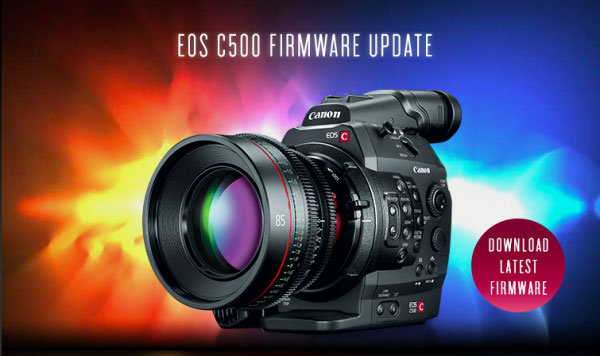 With the Canon C100 and the C300, Canon introduced two cameras that have become extremely popular with filmmakers around the world. Not so much with the C500, the C300’s 4K sibling. It started at $30,000 at launch in 2012, and has since dropped several times – now arriving at $15,999 with the latest price drop.

The C100 was recently succeeded by the C100 Mark II (our review video here & side-by-side comparison here), with the original C100 still in the market – at a lower price. Canon just dropped the price again to $3,999.

These latest price drops are just another sign for some new Cinema cameras to arrive from Canon sometime this year. The C300’s successor is long overdue and it has probably been kept in the market for the massive success it has become – yet with much more attractively priced competitors like the Sony FS7 (review here) in the market, it’s time for Canon to move. The C500 hasn’t gotten much love in the very beginning due to the fact that it requires external recording (watch and read my extensive review and short film here). There were some other shortcomings that Canon has since addressed in several firmware updates.

The C500 firmware update can be downloaded here.

The biggest issue I had with the C500 when I worked with it on the review shoot was the built-in fan. It would automatically turn off and on when the camera deemed it necessary – sometimes even during recording. This was absolutely unacceptable and Canon has since reacted, but it took them over two years to push this critical update for the fan control with this latest firmware update. Read what Canon have to say about the update:

To help control unwanted noise, the Cooling Fan Control can be set to Automatic mode, in which the fan will remain off for an extended amount of time while the EOS C500 camera is recording or until the camera’s pause button is pressed*. Such fan control is important while recording in-sync sound, since it prevents high-frequency noise reaching lavaliere or boom microphones during close-ups and tight shots. Canon listened to what the market had to say and the cooling fan can remain off during critical operations.

The Canon proprietary Cinema Gamut also sounds interesting as Canon claims it “covers the majority of the eye’s visible color spectrum, providing a far more accurate portrayal of a captured scene, with an enhanced look that offers increased realism and image detail.”

In my opinion, color representation is where Canon always had the upper hand over Sony, so I am curious to see what the new Cinema Gamut option adds to the camera’s images.