Qinematiq are demonstrating an innovative new follow focus for cinematography. The Qinematiq IMAGE+ is the latest distance measurement device that helps Focus Pullers get their distances right. It is a world-first that cleverly uses depth maps to track objects. 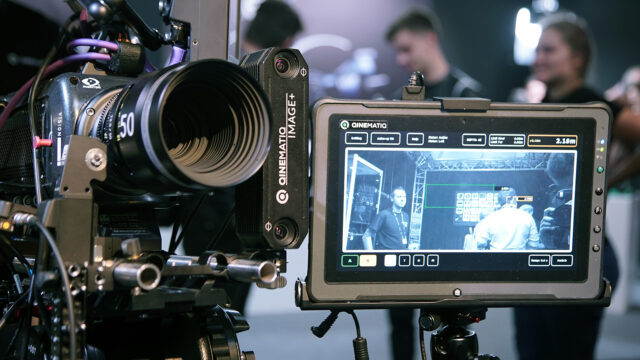 Focus pulling is an art form in itself. The 1st AC is not only in charge of setting up the camera, but is under constant pressure to always keep the shots in focus. A few focus pullers I know have even gone to the extreme of labelling their entire house with distance measurements. That is commitment. Qinematiq brings a revolutionary approach that may be able to take out some of the stress on set.

Qinematiq Image+ – How it Works 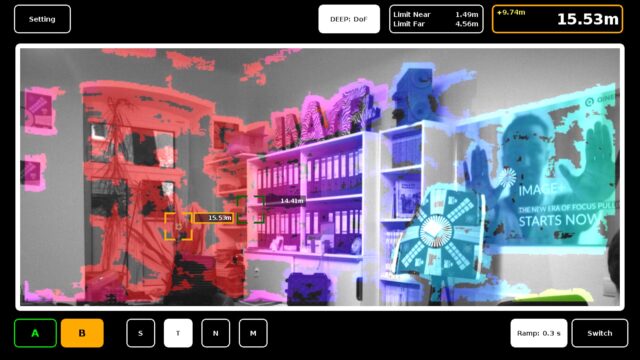 The Image+ set consists of an optical measurement unit, a touchscreen PC, display unit and a lens motor. The measurement unit has two cameras in the front, which generate a stereoscopic view of the film set. It creates a depth map in real-time, which allows the user to track and focus objects automatically. You can also add multiple tracking points to rack focus between objects. The measurement unit offers an interface that accepts traditional LCS-systems (such as those from ARRI, cmotion, Preston, chrosziel) and where the distance value can be read out. This allows focus pullers to set-up marks for the various objects that need to be focused to efficiently and accurately. 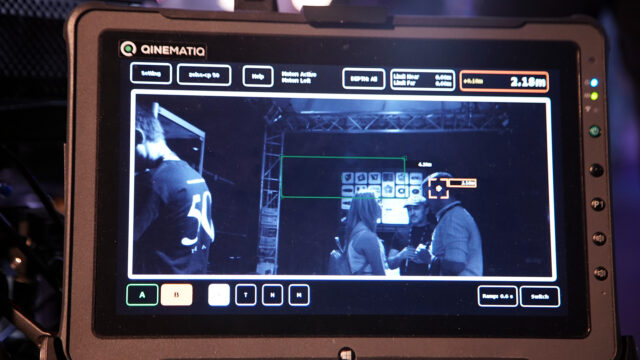 The increased demand for cinematic documentaries requiring larger sensor cameras can create a problem for one-man bands. Depth-of-field is minimal, which makes it difficult for a one-man operation to keep everything in focus at all times. Through this clever technology of tracking the objects through depth maps, the operator can now fully concentrate on framing and the story without the worries of it being out of focus.

The Qinematiq Image+ comes in two different packages. The basic version consists of the Image+ measurement unit and will cost €7,890. The advanced unit comes with everything you will need and will have a price tag of €15,000. This is an incredible price point if you consider the tech and sense of relief that you get out of it.

What do you think of the wireless follow-focusing technology? Do you believe this could revolutionise the follow-focus industry? Let us know in the comments below.