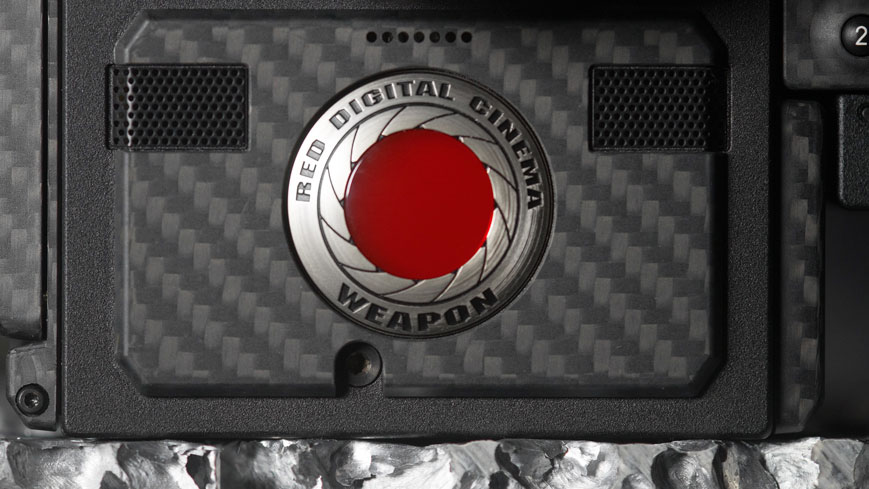 In typical RED fashion, the camera manufacturer has announced their upcoming camera upgrade for their DRAGON system in their REDUSER forum. Not many technical details have been shared about the new system at all, other than it will be called WEAPON and that upgrades can only be done from Dragon sensors – Weapon seems to be a body upgrade. Like many replies from people on their REDUSER forum, I can’t help but wonder why on earth they picked such a name. As usual, the name will be engraved on the side of each body in huge letters … imagine the discussions with airport security personell around the world explaining something in your hand luggage called “RED WEAPON”. Telling them that you will only use it to “shoot” won’t help either.

All joking aside, RED’s Jarred Land replied that people shouldn’t worry and simply put some gaffer tape over the name if there is a concern about getting into trouble purely because of the camera’s name. However that won’t really help with carnets and other import paper required by most countries around the world.

If you haven’t upgraded to DRAGON yet, Land recommends doing that before NAB as the upgrade path will end mid-summer for MX users, and also become significantly more expensive after NAB (however no prices were announced).

That’s supposed to be the first image out of the Weapon camera: As for the actual technical enhancements in the new upgrade little is known. Our friend Joe Marine over at NoFilmSchool speculates about the shape of the body changing and says that RED might be introducing better electronics to enhance the sensor output (which allegedly is limited by the processing power of the current camera body). He also makes a good point about RED’s modular approach which really never got where they wanted it to be in the beginning – only requiring shooters to purchase accessories to actually be able to use the camera at all (audio and monitoring modules, etc.). They indeed should take a lesson from the competition for once and give users more out of the box performance.

Personally I love the image coming out of RED cameras, I have shot with EPIC and DRAGON as well as the RED ONE on various higher end commercial productions. However the cameras are definitely more prone to malfunctions (than others), which can spoil your shoot – as can the massively fanboy-ish attitude of many RED owners and the company itself – but the price/performance ratio is still great if you compare to other high end cinema options.

Another teaser image of the camera tweeted by our friend Shane Hurlbut, ASC: They have definitely had a huge impact in making cinema quality affordable, but it’s not 2006 anymore. It’s really time to do things differently and more professionally in both business and technical terms.

Once again, not a single movie nominated for this year’s OSCARs was shot on a RED camera … It’s really Arri Alexa everywhere, with the odd Canon C300 and C500 as well as some movies shot on 35mm film. Clearly time for RED to change some of their practices.

I also read an interesting comment by “HOUSE M.D.” Director of Photography, Gale Tattersall on Facebook, in which he mentions that he was forced to shoot on Red Dragon instead of Arri Alexa in a recent shoot for Netflix “because of their 4K mandate”, adding “and for me … it just didn’t cut it.”