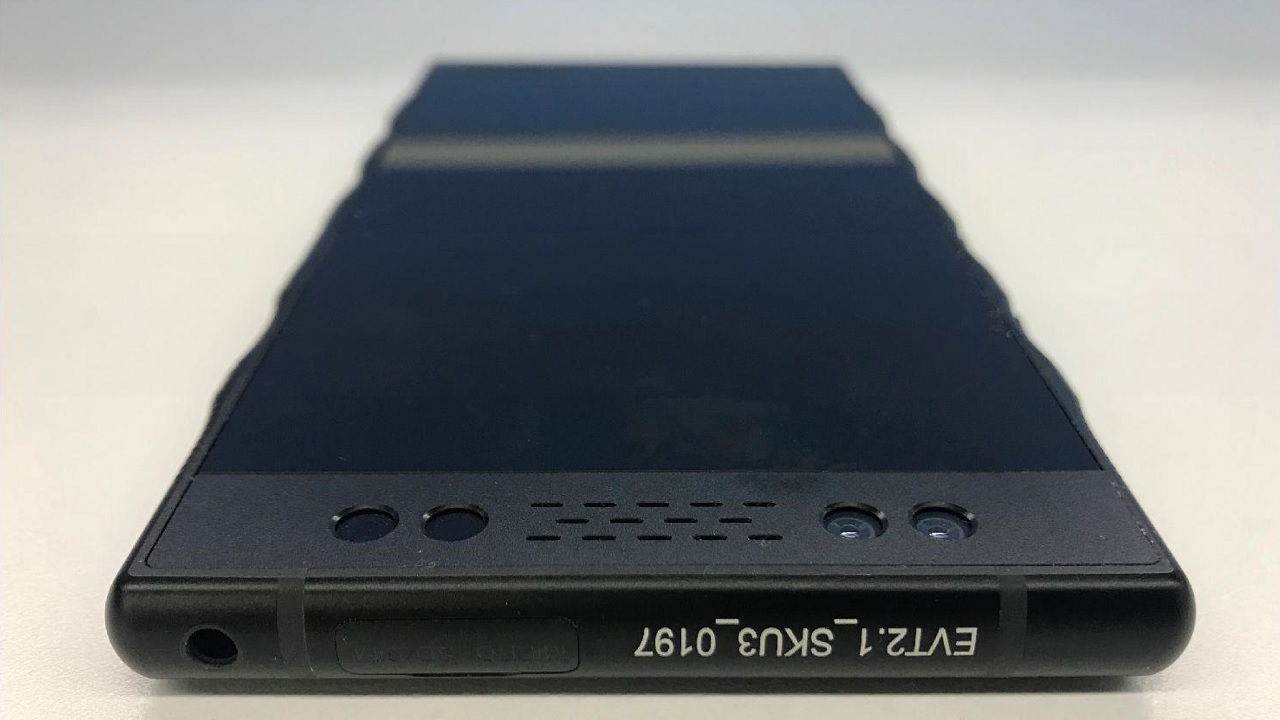 Last time we published an update about the RED’s phone was in May (article here). The final product was supposed to hit the stores in August 2018. Now it’s confirmed that there is going to be a delay in the release date due to an issue with the FCC certification process. There will also be a special version of the phone for those who preordered called “Houdini.” 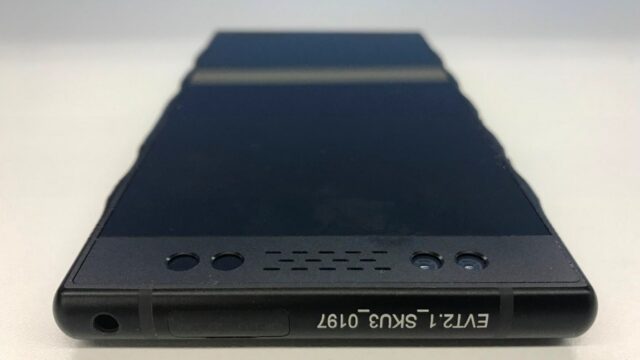 At the beginning of July, Jim Jannard said that there will be a delay caused by a certification issue,”There is a critical part in the phone that is out of spec and one tool needs to be reworked.” To the people who preordered the phone (already a year ago) Jim offered the option to ask for a refund.

Special pre-release phone “Houdini” & Jannard signature for those who wait

In addition to that, he added a few extras for those who decide to keep waiting. There will be a special pre-release Hydrogen One called “Houdini” which should be available at least a month before the official carrier launch. “Houdini” will come with an additional 128GB micro SD card for the external slot and it will be carrier unlocked. It will come with complete release packaging plus an extra metal Hydrogen icon sticker. Jannard also offered to sign the boxes and he will also set aside two days and deliver the HYDROGEN personally at RED Studios. These units can only be picked up or shipped to customers inside the US. The Houdini model will also come with an extended one year longer warranty at no charge. It will be the only “Houdini” Model ever released.

Jim also mentioned the delay can give them a better “selling slot” and more time to enable things that would have been a software update after the original release. There still will be updates, but more features will be enabled from the start with a new launch date. He said they are getting support from the major studios for 4V content and the delayed release date will allow more 4V content to be available at launch. 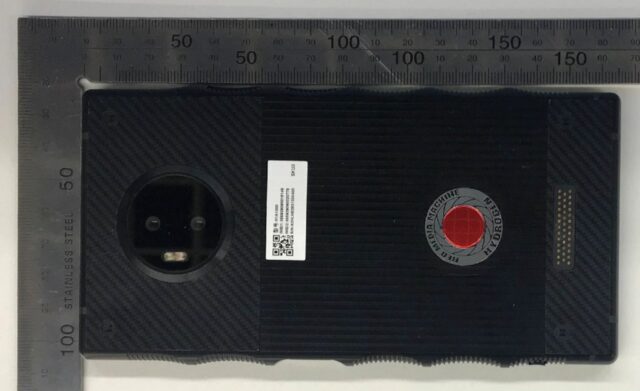 The RED Hydrogen One can now be found on the website of the Federal communications commission (FCC) – link here. There are a couple of new photos from the testing process of the RED Hydrogen One as well as reports from the tests. It appears the phone has already been put through the FCC certification process, which is another important milestone in the release process. 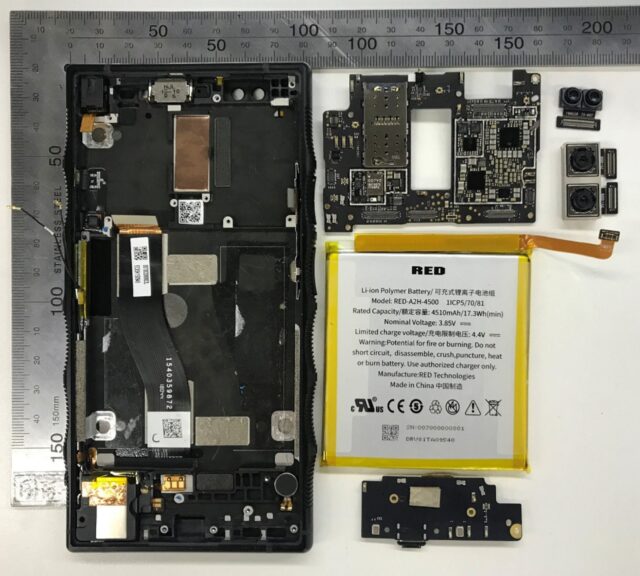 To be clear, the delay is being caused by HYDROGEN failing one part of certification. To fix we needed to redo a piece of tooling. That has been completed but set us back in certification which is the sole cause of the delay. Both carriers have been very supportive throughout the process including this setback. They are NOT the cause of a delayed launch. We are.

I am currently at the ODM working through the fix and hope to have updates as soon as I return. That will include a new launch date with the carriers, the pre-order delivery and Houdini project. 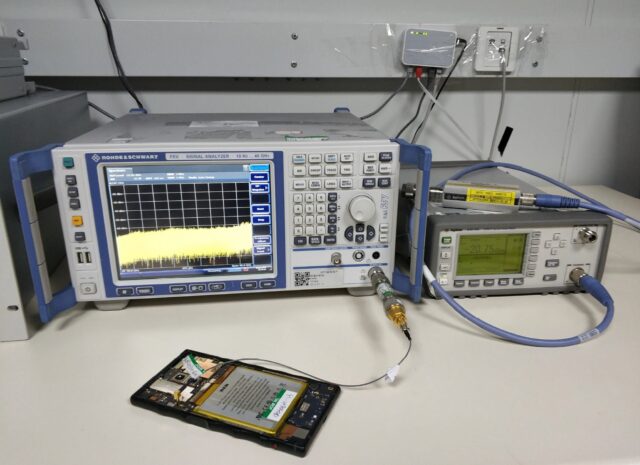 Just a reminder – the RED Hydrogen One phone will come in either aluminum version (preorder price: $1,195) or titanium version (preorder price: $1,595). The preorders are not available anymore, for the final price please reffer to the updated part of the article. For more information and specs of the “RED Media Machine” you can read the last update post from May 2018 here on cinema5D.

The RED Hydrogen One will initially be available with two US carriers – AT&T and Verizon. On the AT&T website on RED Hydrogen One’s product page there is still a quote stating “coming fall 2018”. There is however no exact release date yet and it is also not clear if AT&T already reflected the latest certification process development in this delivery estimate.

Jim Jannard posted today an update on H4Vuser.net and clarified the release dates and some more information about the Houdini project. He said however there is still a remote possibility that something could come up to further affect the schedule and change the following dates.

The official carrier launch date for AT&T, Verizon and Telcel (Mexico) is November 2nd. That applies however only for the aluminium version in black and shadow colors – price will be $1295. Titanium will not be available from the carriers until 2019 and then in very limited quantities.

The release date for HYDROGEN preorder customers is October 9th. Black aluminum will ship first and titanium models will follow shortly after. Jim mentioned how the titanium version has proven to be very challenging in production and that titanium models will be highly desirable and extremely hard to get for several months even after the official launch.

The release date for the Houdini developer’s model is August 31st thru September 11th. There will be an event at RED Studios Hollywood to kick off delivery of this program on August 31st. Quantities for Houdini are limited, so there will not be enough phones for all preorder customers that want to jump in – the ones interested in the Houdini need to send an e-mail to [email protected]  (first come, first serve basis). All August 31st Houdini units will be Black. Titanium version of Houdini has no confirmed date yet.

Houdini is a developer’s pre-release model of HYDROGEN. It is a PVT HYDROGEN Production Sample with pre-release firmware/software which comes with the above mentioned extras including the 128GB Micro SD card. Jim Jannard said about the Houdini model:

It works very well, but several of our apps are still in final development and there are a few bug-scenarios we need your help to find. There is a Feedback App we will ask you to use if you encounter any issues. Houdini is OTA capable and will receive upgrades on a weekly basis. You will need to do the upgrades when they are released.

The Camera app, camera color science, Player app, and 3D/4V conversion apps work but are still under construction with several updates coming before the official launch in November. All image capture file sizes are not fully supported (most are).

To qualify for Houdini you will need to:

By signing up for Houdini users will be helping RED to prepare for the final launch product. The program is not intended for people who want to do a review or post results because it is not a finished product. The Houdini owners will be able to say or post whatever they want after the official launch in November. Until then the company just wants feedback through the app.

We reserve the right to brick the device if used for any purpose other than giving us constructive feedback. If you are a vocal critic or reviewer, wait until after the launch. By signing up for Houdini you are TRADING your pre-order release model for the Houdini Development Model. Please make sure you understand this and agree the terms before hitting the button.

What do you think of the RED Hydrogen One phone? Did you preorder one? When do you think it will ship? Let us know in the comments below.