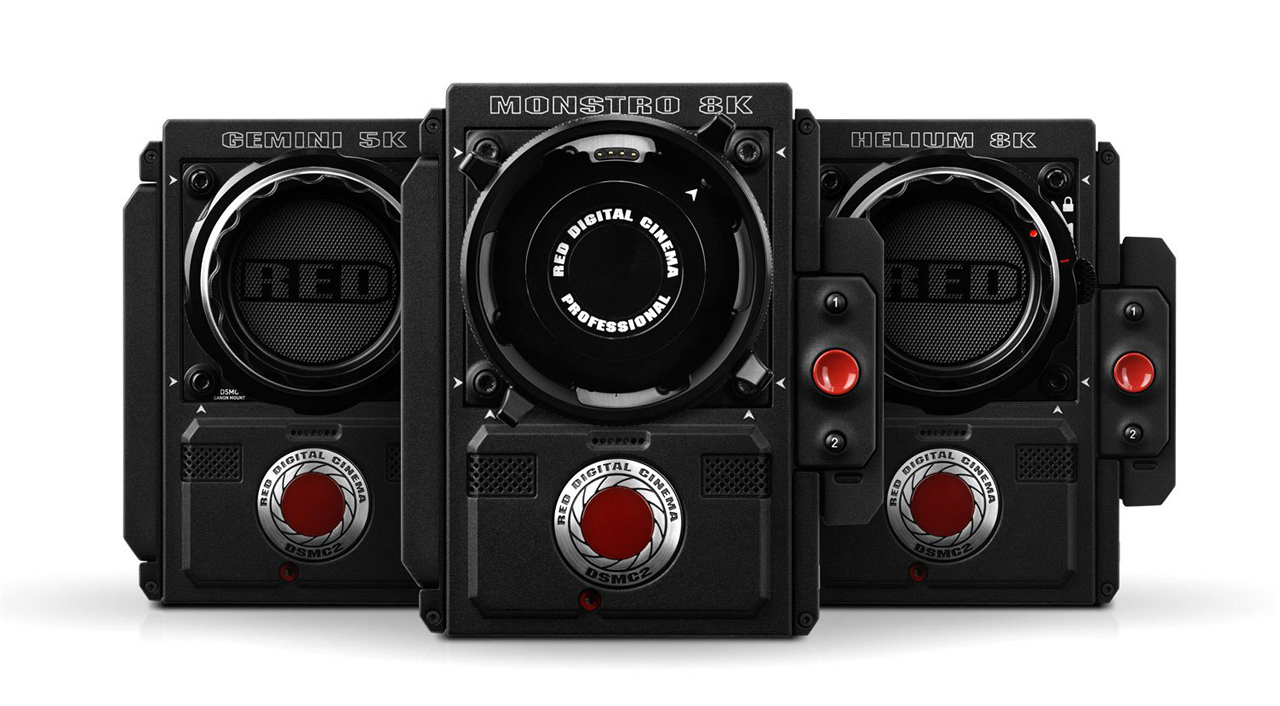 The RED Camera Line Up is now much easier to understand with REDs announcement of a unified body with 3 sensors. Here is the idiots guide to understanding the RED line up. You’d be forgiven if you’ve become utterly lost with what RED does what of late. No Producer I know has a clue what an EPIC is from a Dragon is from a Monstro.

REDs recent announcement makes a lot of sense in unifying their line up, making it much easier to understand.

In a nutshell they have binned off different camera bodies, there is now one camera body, the 3 sensor choices.

Also, the cost is now cheaper, working well for new customers whilst some current customers are outraged at the loss of equity (more on that later).

Forget everything you know – Dragon, Weapon, Epic are gone. Here is the layman’s terms version of the RED Cinema Camera Lineup. 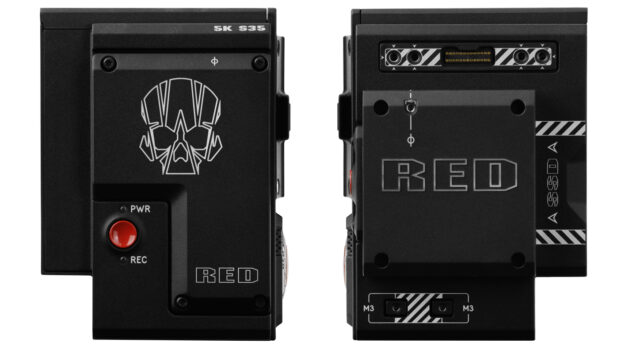 The current RED body you can buy is called the RED DSMC2. The same as ARRI have the Alexa Mini, and Canon have the C300 – REDs camera is called the DSMC2.

Nearly all the features of the camera across the board are now the same, all shoot a minimum of 5K, can shoot ProRes simultaneously to R3D raw, all compatible with REDs current DSMC2 accessories.

We are keeping things simple here and won’t go in to full specs. For that go here.

After selecting your RED DSMC2 camera, you then have a choice of 3 sensors – Monstro, Helium or Gemini.

Sensor 1 – Monstro (The Full Frame one)

The Monstro sensor offers 8K resolution in VistaVision format (VV) up to 60fps. VistaVision is circa Full Frame 35mm territory (sensor chart here). So think of this as the full frame version.

This is the largest RED sensor on offer – The RED DSMC2 Monstro 8K VV.

The Helium also offers 8K resolution up to 60fps, but this time in Super35mm format – a more industry standard sensor format.

The Gemini is REDs latest sensor announcement, it has a dual sensitivity modes for darker environments.

You trade off for better low-light for resolution. The Gemini shoots super35mm images in 5K up to 96fps. 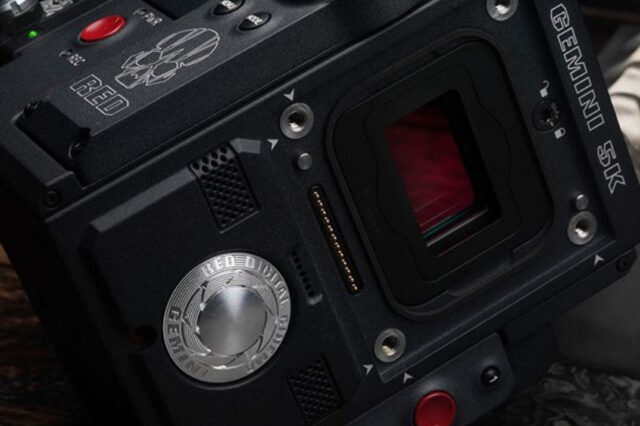 If you just want the topline, that’s it! One body, 3 sensors, simple. If you want to dig a little deeper, here’s a bit more info.

There are still two other existing RED cameras – the RED Raven and Scarlet-W.

These are the lower end versions – The Scarlet-W is the straight forward super35mm 5K camera. 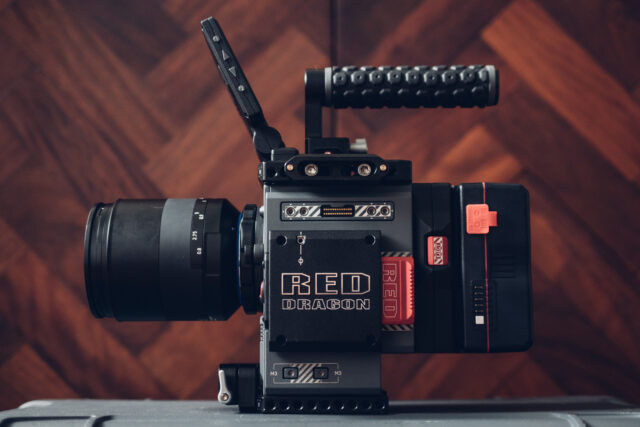 At the time of writing, RED only sells the DSMC2, the Scarlet-W and Raven. All other RED cameras are considered legacy cameras.

It’s easy to spot a legacy camera, if it doesn’t have the below Pogo mount (cable-less connection), it is an older legacy RED camera body.

This is where the terms EPIC, Dragon, Mysterium will get thrown about. There’s a little bit of a cross over (i.e Scarlet-W has a Dragon sensor). But ultimately all terms outside of the DMSC2 body, 3 sensors & 2 lower cameras are being binned.

There are still specialist variants you can get of the RED DSMC2 with each sensor.

Some of these include – Monochrome (black and white), Carbon Fibre (physically lighter) and Xenomorph (A David Fincher special). 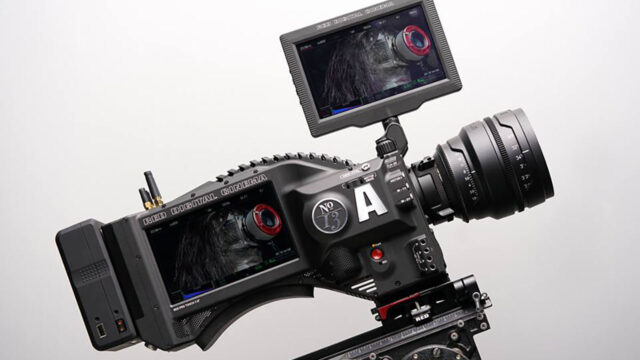 Each Sensor has an optimum resolution – for the Monstro/Helium it’s 8K , for the Gemini it’s 5K.

Gemini/Helium are made to the Super35mm format (near enough), and the Monstro is larger with VistaVision.

The important thing to remember is the full format of the sensor size is available only at the optimum resolution (when shooting raw). Anything below is a crop of the sensor.

It means that if you only want Super35mm at 4K (standard protocol outside of the RED family), it is not always best to seek perceived best in class.
You could obtain more natively from different sensor (a reason why the Scarlet-W is such good value).

The key is always to shoot at optimal resolution, and downscale in post.

As a RED owner you can upgrade with certain camera bodies to the new sensors. Info on that here. 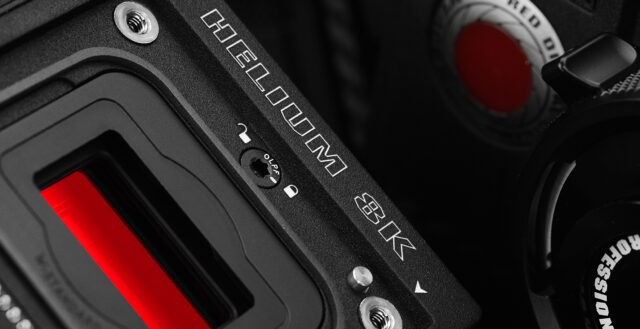 Good News For Everyone?

This recent unification of camera bodies also came with a reduction in price for each camera body, you can see prices below.

So it is now now cheaper to buy a new RED DSMC2 camera.

Whilst the announcement itself adds clarity moving forward, it adds a cloudy, merky horizon for some existing customers.

It’s caused a lot of problems for people already invested in the system, who can now be found in huge amounts of negative equity.

It remains to be seen what the outcome is for these customers, it seems parts of the announcement have been determine with hast, so may take some time to iron a few things out.

“Our Camera lineup as most of you can agree has gotten a little bloated and confusing… So we saw the opportunity to reset everything and we grabbed it.

One body. All Weapon inside. A true, unified DSMC2. Then choose your sensor..

It was painful to get to the above. I actually agreed to this pricing last month with you all on Reduser before the math actually worked out. The math actually didn’t… it was very far away” – Red President Jarred Land on REDuser