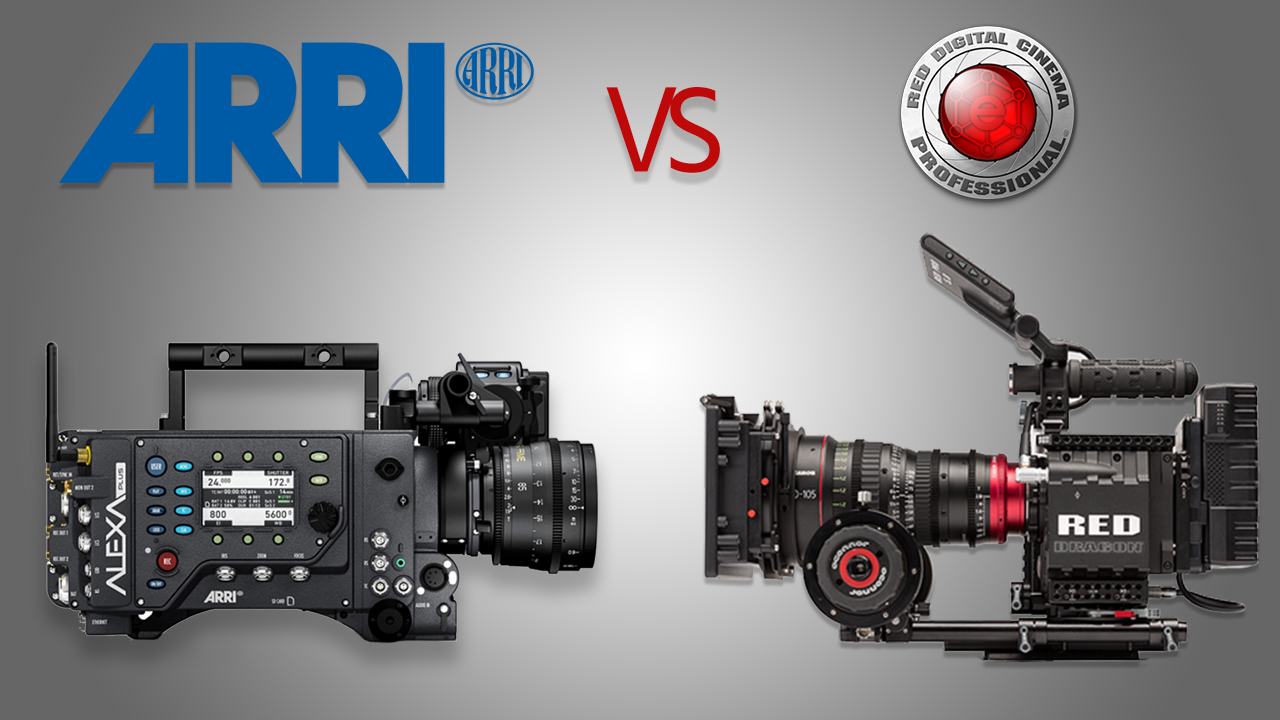 There are some big divisive questions in life. Star Wars or Star Trek? Coke or Pepsi? Miles or Coltrane? In this guest post, Stewart Addison examines the RED vs ARRI debate, taking a deep look into both sides of the argument.

RED vs ARRI is sort of the Godwin’s Law of filmmaker debates: every argument seems to drift in that circular, repetitive, and exhausting direction where both sides are convinced of their objectivity. What’s interesting to me, however, isn’t which camera is better, but what these cameras say about the priorities of digital filmmakers. Do we, in the ARRI mold, want to carry the traditions of celluloid digitally or, in the RED mold, want to reinvent the way we think about filmmaking around our digital tools? We keep returning to the RED vs ARRI debate because it makes us think about how we want to continue making movies, and that’s a good thing. 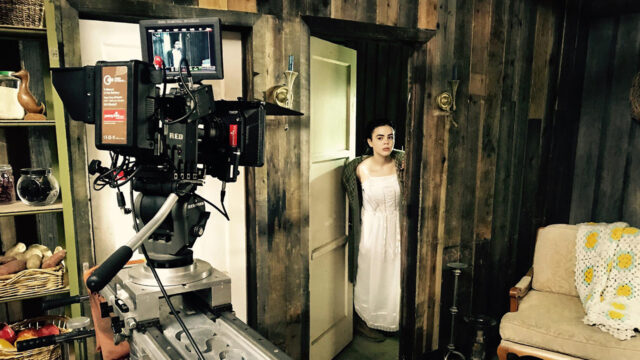 As digital technology advances, so do the implications of high resolution and dynamic range. Celluloid has always been associated with high dynamic range and its virtues, with the Kodak Vision3 offering between 13 and 14.5 stops. ARRI has a reputation for at least coming close to film in this way with the Alexa’s 14 stops. In the ARRI world, dynamic range is one of the calling cards of a filmic image — resolution is secondary.

Other than the hardly-accessible, rental-only ARRI 65 that shoots 6K, ARRI’s flagship cameras all barely shoot 4K — 3.2K up-scaled, in fact — and have used the same ALEV III sensor for years. Resolution matters, but only so much. RED, where 6K feels like old news, is constantly pushing the limits of resolution in pursuit of a different goal.

RED brought 6K to their cameras in 2013 with the Epic Dragon. Two years later, they announced an 8K sensor that eventually manifested as the Dragon Vista Vision 8K and the Helium Super35 8K. It’s objectively harder to keep up with RED updates than it is for ARRI, and it’s not like audiences are pining for 6K or 8K entertainment as we’re still barely catching up to 4K. Why keep adding resolution? 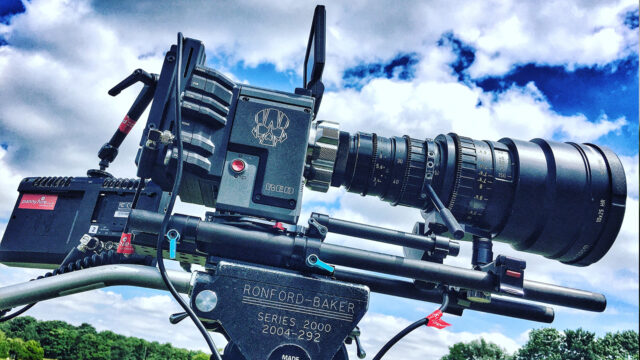 While there are certain types of productions that benefit from high resolutions immediately (CGI-heavy especially) the main benefit lies in flexibility in post-production. The amount of cropping and digital zooming you can do from an 8K image to a 4K image is pretty significant, and that’s not even mentioning 1080p finishes. With a high-enough resolution filmmakers can radically change their images in post-production and/or future-proof their projects for days when high resolutions become the standard. The additional creative freedom these high resolutions provide in post is unprecedented.

A director or DP working with a 6K or 8K sensor can treat the production process very differently if they are saving certain creative decisions for post — just ask David Fincher and Jeff Cronenweth. I can remember how I felt after watching the behind-the-scenes of Gone Girl. When I first started shooting in 6K on a RED EPIC Dragon, the reframing and repositioning within the frame during post-production presented a radically new way to look at filmmaking.

With ARRI the story is a little different. Do you still have an insane amount of freedom to alter your project in post? Of course, but an up-sampled 3.2K to 4K still limits you a little, and you’re only future-proofed as long as nothing higher than 4K becomes the standard, which should be the case for a while. However, Alexa images stand out because of how filmic they are. Future-proofing isn’t necessarily even relevant if the image looks good. The highlight roll-off on the Alexa is stunning and the camera holds its own against RED in the shadows as well. Shooting on the Alexa encourages you to treat your production more traditionally because it is designed to give you the filmic look you crave in a workable digital form straight out of the camera, with “workable” being the key word.

The Modularity of RED vs ARRI’s Workhorse Reputation 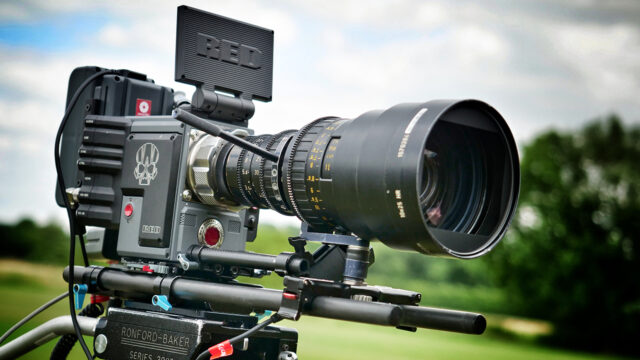 From the beginning, RED has encouraged filmmakers to use their camera bodies in new and interesting ways. If digital technology has created an opportunity, RED wants you to seize it. ARRI embraces those freedoms, but frames them in a familiar structure.

Yes, yes, ARRI has the Alexa Mini, but that’s the one exception to a line of cameras known for their reliable out-of-the-box features, as well as brand support. RED’s identity is in its modularity, which in itself is a new and expanding concept.

Modular cameras give DPs more choices to build their setups around things like motion, space, weight and budget. If the brain of your camera is going to capture an image that you can manipulate in so many different ways later, then you can really get creative with how you build around it. It’s a way of offering filmmakers the kind of fine-tuning in production that they now have in post. 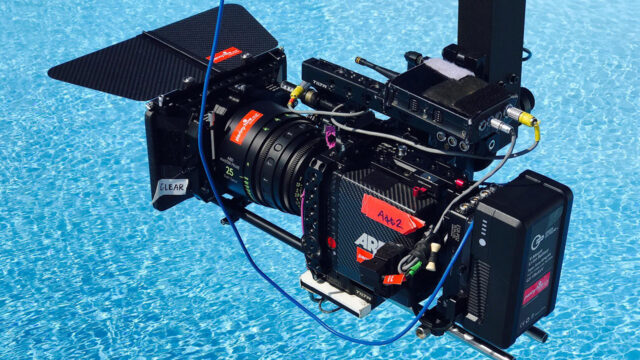 Shooting on ARRI is different. On-set freedom with an Alexa XT means the choice to use tactile buttons for certain things that RED might only offer via menu interface. You’re not going to treat the camera much differently than you would a film camera, and ARRI’s reputation is built around the idea that all of the freedoms the camera does give you will be executed flawlessly.

I don’t want to conflate RED’s modularity with the company’s less-than-stellar reputation on the reliability front, but it is worth mentioning because of the way it contrasts with ARRI’s workhorse reputation. Let’s face it: if you’re paying more to shoot ARRI, it had better be reliable. However, it’s hard to think that RED’s breaking of new design ground hasn’t hindered its ability to consistently deliver a reliable product in some way.

RED vs ARRI – The Image

Differences in solution and modularity don’t mean very much if the result is still a pleasing image. ARRI has the reputation for providing the best image in the business, and the reasons for it are plenty, but I think RED gets undersold in these conversations. ARRI’s reputation is boosted because DPs from any generation can see its value, and that isn’t always the case with RED. 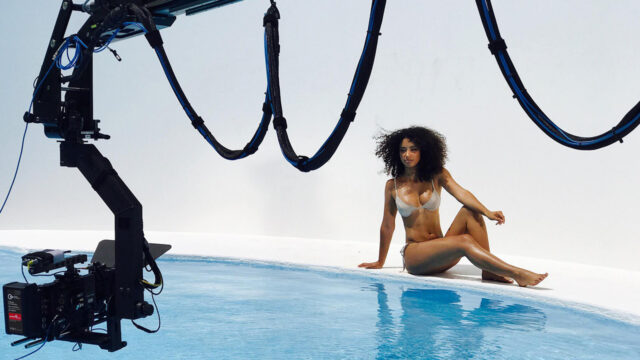 If you’re shooting on celluloid and you know what you’re doing, choosing the right combination of lens, camera body and film stock will lay the foundation for a beautiful image. Shooting on the Alexa, throw on some Master Primes and you can impress all of your peers with the quality of your image! All sarcasm aside, the Alexa doesn’t take a lot of tweaking to provide an incredible, filmic image that is hard to top, assuming you have the budget for it and that’s the look you’re going for.

RED’s reputation is that it provides a digital look, “digital” vaguely meaning “not filmic”. While that certainly can be true, it’s a little misleading as a criticism for two reasons. First, non-filmic images can be beautiful in their own way. Check out Pablo Larrain’s Neruda from last year if you want an example. That was shot on RED and looks non-filmic as hell, but it works. The digital sharpness draws attention to the narrative’s artifice in ways that a more traditional, filmic, image would have made more intimate and less distancing. 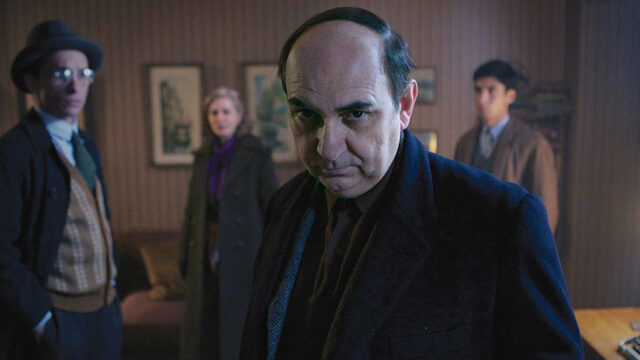 Second, RED is capable of getting a more filmic look but, like all things with RED, you just have to make more choices to get there and those decisions likely involve learning the best practices from the RedUser forums, which does require more work. RED’s new IPP2 color science is a great start, providing more of the highlight roll-off you can achieve with the ALEV III sensor. With a set of vintage lenses and a Black Pro Mist filter to soften the image correctly, RED can emulate a filmic look if it needs to, and at a substantially lower price than you will likely pay with ARRI.

This topic is tricky, because while shooting at higher resolutions does technically allow your image to stand the test of the inevitable future higher-resolution screens, streams, and projectors, you have to contend with the fact that 35mm still looks great today. If future-proofing means having an image that will remain pleasing over time, there’s no evidence to suggest that a filmic look won’t do the trick.

For example, the recent support of shooting on film by big name directors like JJ Abrams, Quentin Tarantino and Christopher Nolan has essentially resurrected Kodak film processing. Star Wars is not a niche property, and if a filmic look is working for audiences of that size, why fix something that isn’t broken? Moreover, film is making a comeback due to its ardently passionate supporters. If it remains the standard of pleasing images, will digital ever be able to develop a life of its own? Does it even have to?

Maybe not. My 8K Netflix stream on my 8K television of Guardians of the Galaxy Vol. 2 (shot on Vista Vision 8K) ten years from now will theoretically have the same level of detail of a then-modern movie. That’s really cool, and even if I don’t need to have that experience when I’m re-watching The Force Awakens — a beautifully-modern throwback to a classic sci-fi property — it’s great that I get to have it with a space adventure franchise that embraced its modernity wholeheartedly. That, I think, sums up the entire debate.

This is an exciting time to be a filmmaker. As digital technology advances, it will raise even more questions about what we really want from our digital cameras. While there’s a chance of future generations being too digitally-minded to even recognize celluloid priorities, it’s more likely that digital cinema will never fully break from the film mentality. The desire of some for a purely digital filmmaking experience will always contrast with those who want to draw from deeper roots. Can the RED vs ARRI debate ever be solved? Is one way superior to the other? I don’t know, I’m just grateful to have the choice.