The cinema5D Virtual Show is a superb occasion to discover new filmmaking technologies, and the Redrock Micro Eclipse for Robots is one of them. This innovative wireless Focus Iris and Zoom system allows you to precisely control all your lens parameters in total synchronization with the movement of a robotic arm. Let’s take a closer look at this pioneering piece of filmmaking high-tech.

Traditionally, industrial robots are used to build cars, automate repetitive tasks in big warehouses, and so on. These expensive robots can do the same thing over and over again. In the last decade, we have seen more and more of these robots used in the motion picture and commercial industry. Some of these robots are even designed explicitly for filmmaking applications like the MRMC Bolt. By having the ability to repeat the same movement a thousand times with the same timing, you can easily do amazing post-production effects. Robots are fantastic and can accomplish things no other device can. The drawback is they come at a high price, and even renting one for a specific project will set you back a lot of money. 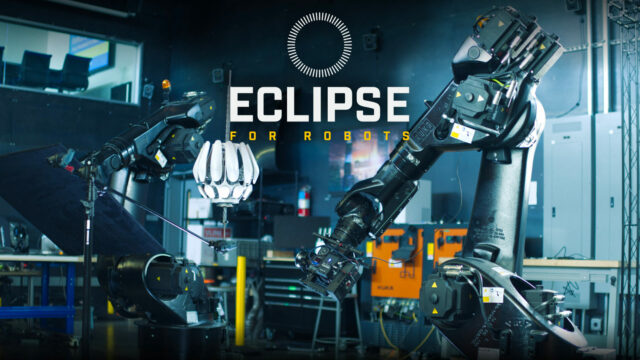 Redrock Micro recently did a partnership with software company Autodesk as part of their Maya program to help them improve a plugin called Mimic. Mimic is an open-source Autodesk Maya plugin for controlling industrial robots. More simply, it’s a graphic interface that allows filmmakers to create very complex robotic movements with the ability to see what they are doing instead of just manipulating timelines and points.

In this second interview with Brian Valente from Redrock Micro, we learned more about their Eclipse for Robots Focus Iris Zoom (FIZ) wireless control system. Obviously, FIZ systems are not something new, but trying to correctly synchronize the movement of a robot with a lens control system is another task. As a result, the Mimic plugin will now incorporate a built-in lens control interface that integrates perfectly with the Redrock Micro Eclipse for Robots. 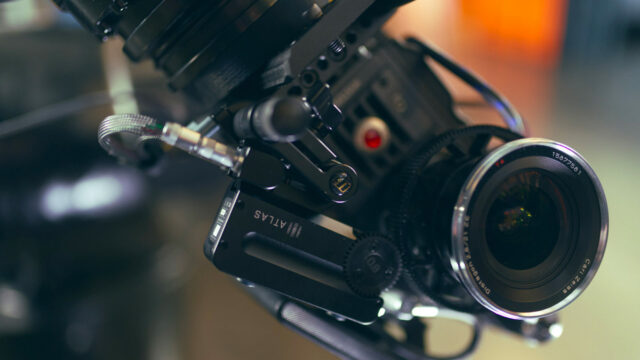 The Eclipse for Robots system consists of Atlas lens control motors with embedded control brains, a Portal Solo USB interface for computer control, and Portal Powered Hub to power the Atlas motors. But, you can also use the Eclipse for Robots system without a robot, by adding one Redrock Micro handheld focus controller, which makes it a very versatile eco-system. Indeed, all Eclipse equipment features 15mm rods standard and a 0.8 pitch gearing.

What do you think about the Eclipse for Robots system? Did you ever use industrial robots on one of your projects? Let us know in the comments below!