Audio accessory manufacturer Røde introduced a lot of new products for indie filmmakers at this year’s IBC. In fact CEO Ryan Burke told us it was their biggest product launch to date.

We reported about the new Røde i-XLR, a little box that turns your iPhone into a quality audio recorder a two weeks ago.
Ryan showed us the following: 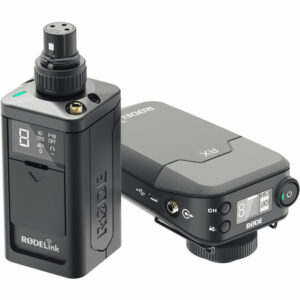 This is a wireless mic kit for cameras with hot-shoes (like DSLR’s and Mirrorless cameras) that connects to an XLR adapter for reporter style handheld mics. The really nice thing about this one is that on top of being powered with two AA batteries it can be used with widely available Sony NPF batteries that are probably already part of your kit.
This one goes for $499 (LINK) 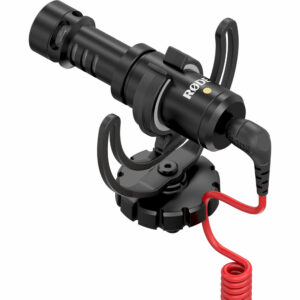 You’re probably familiar with Røde’s popular VideoMic Series. The VideoMicro is an ultra-small version of this. This looks like a great, affordable way to easily enhance the built-in audio of your mirrorless camera. It uses Rycote’s shockmount technology which is proven to be very convenient as it’s sturdy yet cancel’s noise effectively. Also nice, this mic doesn’t need any power.
The VideoMicro costs $59 (LINK) 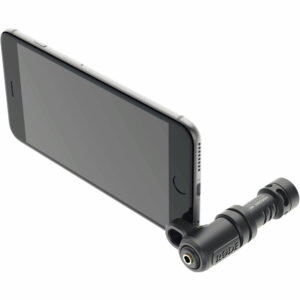 This one is also a great idea. The same tech as the VideoMicro but designed for iPhone, iOS and Android devices to improve audio shot on your phones on the go. This one has no price yet, I suppose it’s gonna cost a little less than the Micro. LINK 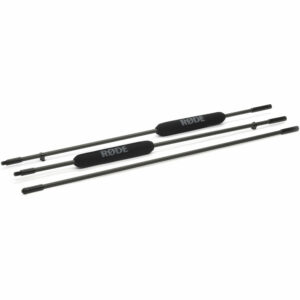 Besides their new Boompole Pro, they introduced the Micro Boompole which intrigued me. Together with the VideoMicro this is the smallest boom audio kit I’ve seen. Granted you probably won’t achieve many things you’d get as a pro with a pro boom, especially the microphone will be inferior to professional directional mics used on your filmsets, but this one could cater to a niche audience for special situations where high quality audio isn’t critical, but lightweight and affordable is. Costs $99 (LINK)