Rode show us their new wireless mic transmission kit: the RodeLink Newsshooter. It will be available to purchase later this month.

The RodeLink Newsshooter kit gives wireless capabilities to all handheld microphones, transmitting digitally over 2.4GHz back to the RX-CAM receiver.

Microphone inputs come in the form of locking XLR or TRS, for use with mics such as the NTG1 and NTG4+, as well as lavalier and headset microphones too. Features also include a headphone output on the transmitter that allows boom operators or reporters to monitor the audio levels while using the device. 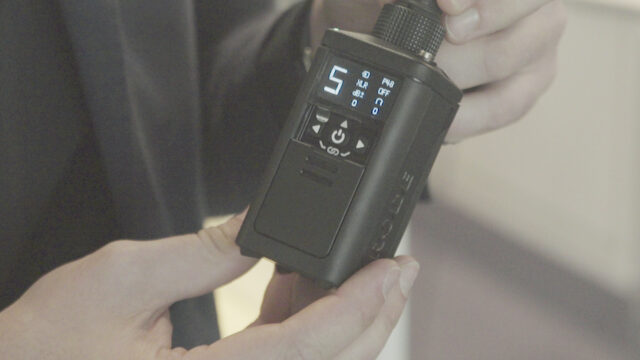 Both the transmitter and receiver pair almost instantly without having to input a frequency band, which makes using multiple devices very easy. The transmitter can be powered by AA batteries, but also accepts the commonly used NP-F type batteries, which increase its operation life significantly.

The RodeLink Newsshooter kit with the receiver will be shipping at the end of the month, both as a transmitter-receiver kit and as a single unit, and available to purchase from CVP from £409.00 and B&H from $499.00.

Would the RodeLink Newsshooter Kit solve wireless microphone problems for you? Let us know in the comments.