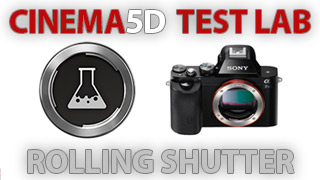 Rolling shutter is a phenomenon where straight vertical lines look bent on moving objects, or a “jello effect” appears when the recording device itself is in motion. It is a common issue with CMOS sensor cameras that read out a frame line by line over a certain period of time. A sensor with a global shutter however reads out the entire image at once, avoiding the rolling shutter effect altogether. A severe rolling shutter can be disturbing in certain shooting scenarios.

What is the cinema5D test lab?
At cinema5D’s new testing lab we accurately measure and evaluate the performance of cameras. As a source for reviews about cinematic cameras we strive to provide objective comparisons and share insights to help you choose the right camera for your projects.

The test lab has been developed over the past 6 months. We are using precise imaging tools, techniques and software to measure each camera’s performance. The following test measures one of several attributes we test about a camera sensor. Stay tuned for more. 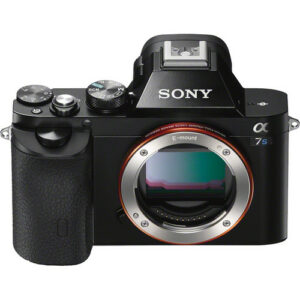 The Sony A7S is a stunning new compact camera that currently makes a lot of headlines due to its amazing lowlight capabilities. In this regard it outperforms any other cinema camera we know and therefore offers interesting new applications.
See Johnnie Behiri’s comprehensive video review on the A7S HERE.

Some of the strengths include not only lowlight performance, but also the high resolution OLED viewfinder, a strong cinematic picture, full-frame coverage, ease of operability, 50p mode, crop-mode and more.

In this scientific test we take a look at the aforementioned rolling shutter phenomenon in comparison to several other very important cameras. The C300 needs further testing and will be added soon.

Let’s take a look at the results:

Interpretation
Over the past weeks several people reported a severe rolling shutter on the Sony A7S. Many people disliked the strong “jello effect” that appeared when shooting with the camera handheld without any form of stabilization like a handheld rig. Some claimed it was more severe than on any other camera out there.
Our test results show that the A7S’ rolling shutter in full frame HD mode is severe, but we also found that the Canon 1D C performs similarly in 4K mode. Among DSLR style cameras in our test the GH4 in 4K mode performed best and is more or less on par with the A7S’ crop mode, and the 5D mark III coming in right behind that.
As expected the Arri AMIRA has an outstanding shutter readout speed almost looking like a global shutter. 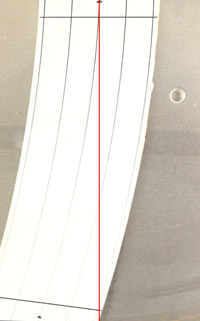 How did we test?
On the left you can see a framegrab from the A7S video file used to determine its rolling shutter. We used a rotating test chart framed identically with all cameras. We used the sharp Zeiss 50mm CP2 T/2.1 makron on all cameras with which we could come so close to the small rotating chart. The amount of horizontal offset between the first and last line of pixels determines the severity of rolling shutter which we measured in milliseconds. These are approximate values (Precision is limited by our method of testing as it involves a slight amount of motion blur).

Stay tuned for more tests which we will publish over the course of the next two weeks. In our upcoming tests we will compare actual resolution (sharpness), lowlight performance, line skipping issues, moiré and will also give you an insight at codec performance and color reproduction. We will certainly try to include more cameras in the future.

Please share your opinion and thoughts on these test results in the comments.
Disclaimer: We’re not getting paid to do these tests. If you consider buying a camera please help us continue our efforts and investment by simply buying your gear through our links to B&H in USA and Marcotec in Europe. Thank you!