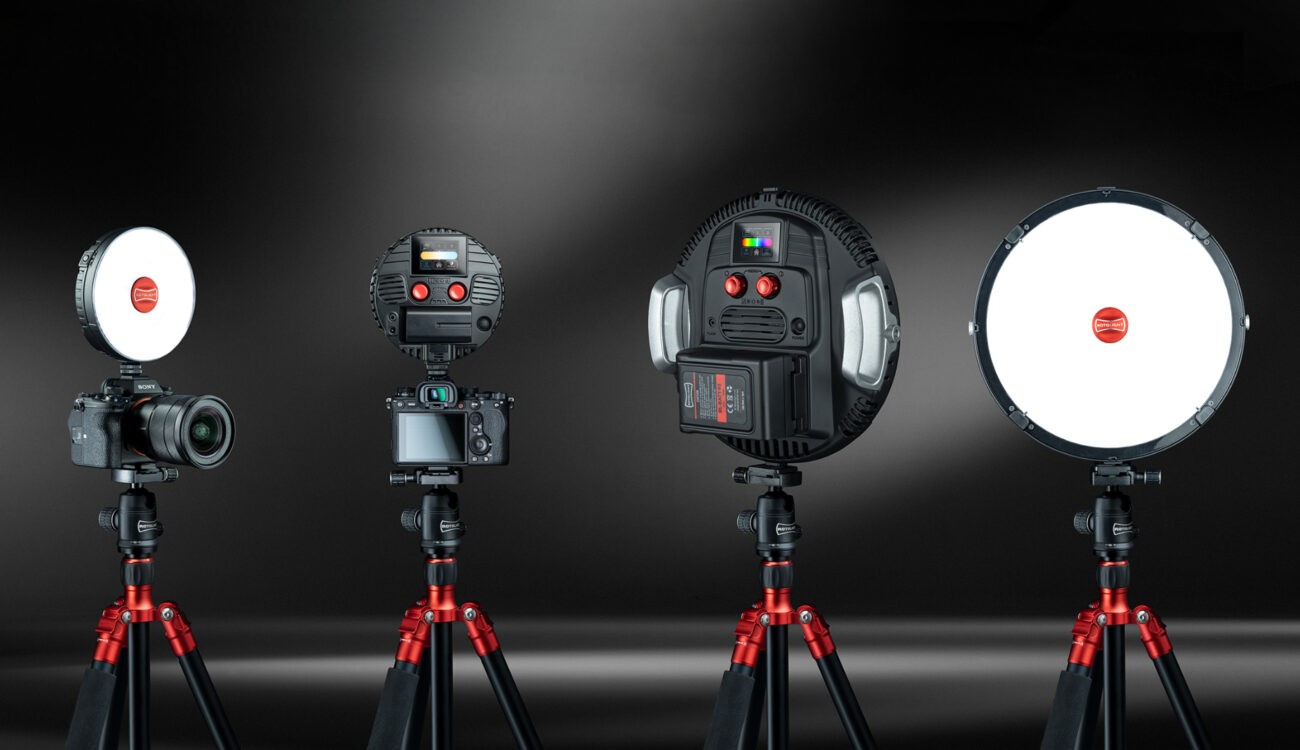 After a very successful Kickstarter campaign a few months back, the Rotolight NEO 3 and AEOS 2 LED lights are now available for pre-order in “normal” retail stores.

Kickstarter is a great platform to discover new and inspiring products. But the fact that it’s not a retail store, but a crowdfunding platform with all the risks that entails, is certainly not for everyone.

So it’s good news that Rotolight has just announced that their new NEO 3 and AEOS 2 LED lights are now available for pre-order through regular retailers – shortly after their successful campaign.

NEO 3 is a tiny on-camera light, while AEOS 2 is a more traditional (but circular, of course) 1 x 1 LED fixture. Both lights sport RGBWW panels with a high-speed sync flash function, touchscreen display, as well as a new Rotolight app for controls.

The Rotolight NEO 3 is a light you can always have with you when you need a little extra punch. Since it can not only output continuous light, but also act as a high-speed sync flash, this tiny light is versatile for photographers and videographers alike.

For more information, please refer to our initial article about the Kickstarter campaign here. Both the NEO 3 and AEOS 2 lights have a unique feature called the Smartsoft Box, which provides steplessly variable, electronically controlled diffusion. An optional Bowens mount adapter expands the ability to add modifiers.

The bigger brother of the NEO 3, the AEOS 2, has a circular 1 x 1 shape, but is also RGBWW capable, also has a touchscreen and can also be used as a high-speed flash. It weighs only 1.4kg and according to Rotolight it’s the thinnest 1 x 1 panel ever made.

Both lights can be controlled via the new Rotolight app, which allows all functions of the lights to be controlled remotely. This can be handy, for example, when the light is mounted on the ceiling.

What do you think, would one of these new lights make it into your gear bag? Share your thoughts in the comments below!