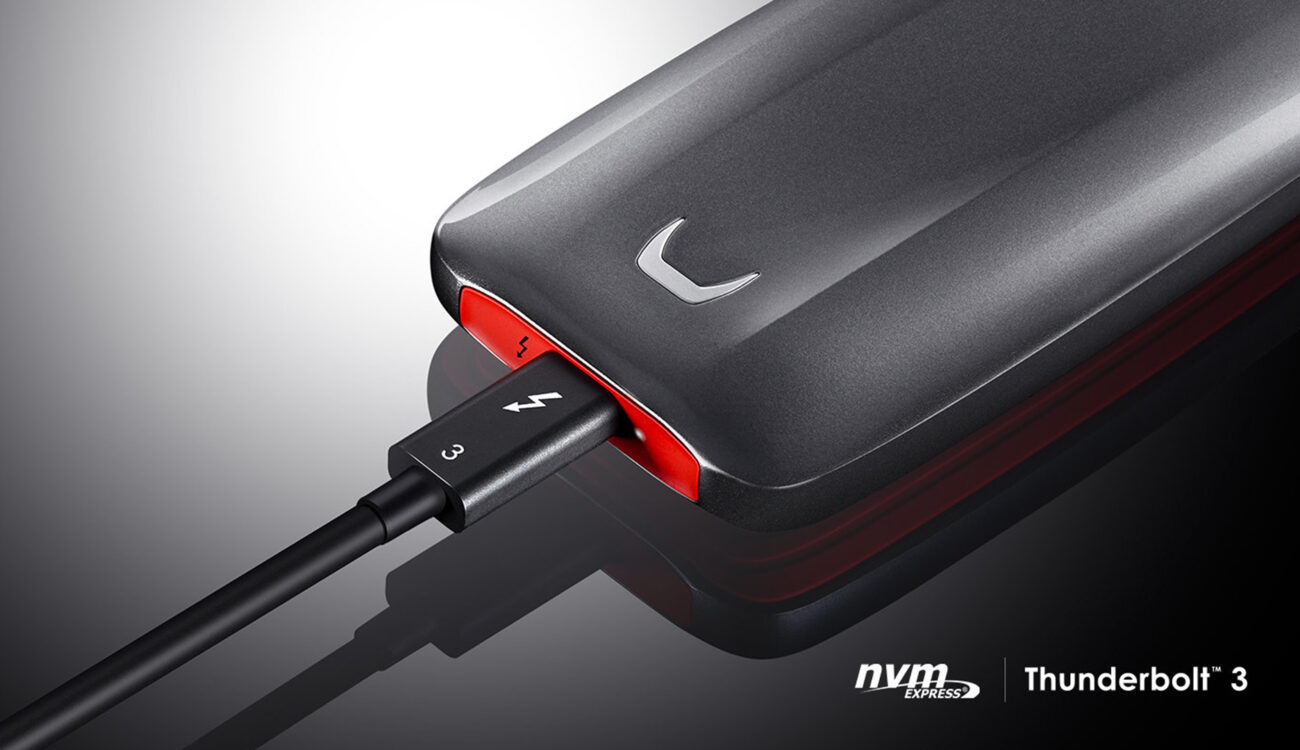 Are you a proud owner of a Samsung T5 SSD and do you think that the reading speed of 540 MB/s is fast? Think again! The new Samsung Portable SSD X5 is about 5 times faster than the T5 and with a reading speed of 2,800 MB/s, this Thunderbolt 3 powered Samsung X5 is nothing but fast. Really fast! 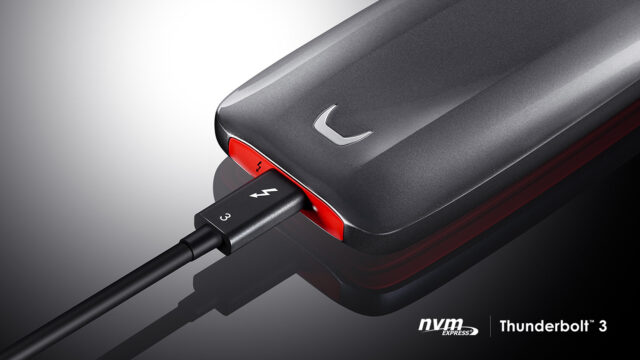 The look of the new Samsung X5 SSD differs a little from its predecessors, the Samsung T5 and T3 portable SSDs. Personally, I like the appearance of the T5 and T3 better, but that’s just a matter of taste, I suppose. It’s the interior of the Samsung X5 where things really get interesting. And fast. And expensive.

Inspired by a red and black racing car, Samsung decided to let the industrial design of this SSD speak for itself: Raw force (red) and unprecedented speed (streamlined outer body). But despite what it looks like, here’s a fact: This thing reads files at an incredible speed of 2,800 MB/s and writes the same files at 2,300 MB/s (2,100 MB/s for the 500GB model). 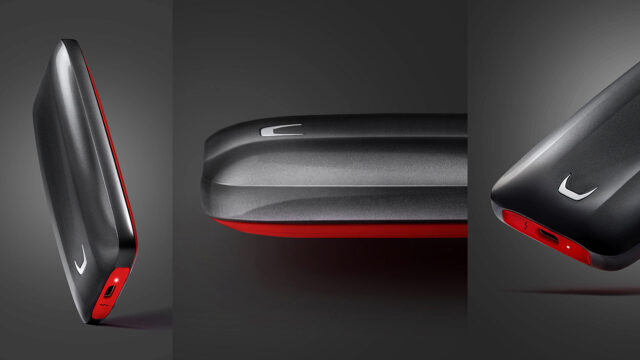 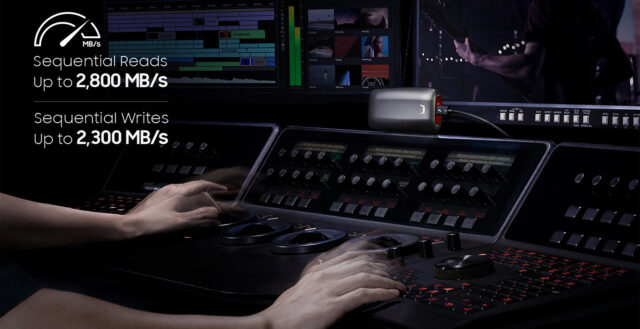 One downside is the absence of another Thunderbolt 3 connector in order to daisy chain this drive to other devices.

It’s All About Speed

This SSD offers quite a bit of performance, maybe too much to share the Thunderbolt 3 lane with other devices. A 20GB-sized 4K UHD video file transfer is done in about 12 seconds. That’s pretty impressive, especially in our data-hungry line of work, right? This drive is fast enough to edit straight from it without copying any files over to your main machine. External hard drives being the bottleneck of a system’s performance might be a thing of the past with this tiny SSD.

Just like with the T5, Samsung offers AES 256-bit hardware encryption for the X5 which adds an additional layer of security. This feature is not to be underestimated since a portable SSD is designed to be carried with you when you’re out and about. The Samsung SSD software is available for both the T5 and the Samsung X5 SSDs on a Mac or a PC, however a tiny footnote on the product page states that firmware updates for the X5 are only available for Windows PCs. That’s kind of a bummer and I hope this changes over time.

The unit itself is protected against drops from up to 2 meters (6.6 ft). A shock-resistant internal frame and the metal housing help avoiding damage when hitting the ground. A heat sink plus a so-called Dynamic Thermal Guard technology prevent the Samsung X5 SSD from overheating. If it gets too hot, transfer speeds drop and prevent the unit from further damage.

The Samsung X5 line of portable SSD comes in three flavours: 500GB, 1 TB and 2TB. All three models will be available from September 3rd, 2018. Since this is kind of cutting-edge technology, these X5 labeled SSDs are far from cheap: the 500GB model sells for $399.99, a 1TB version clocks in at $699.99 and a whooping $1,399.99 hole is burned into your pocket for the 2TB SSD. The good thing? A Thunderbolt 3 cable is actually included.

What do you think of this new SSD? Something you would consider implementing into your workflow? Share your thoughts in the comments below!