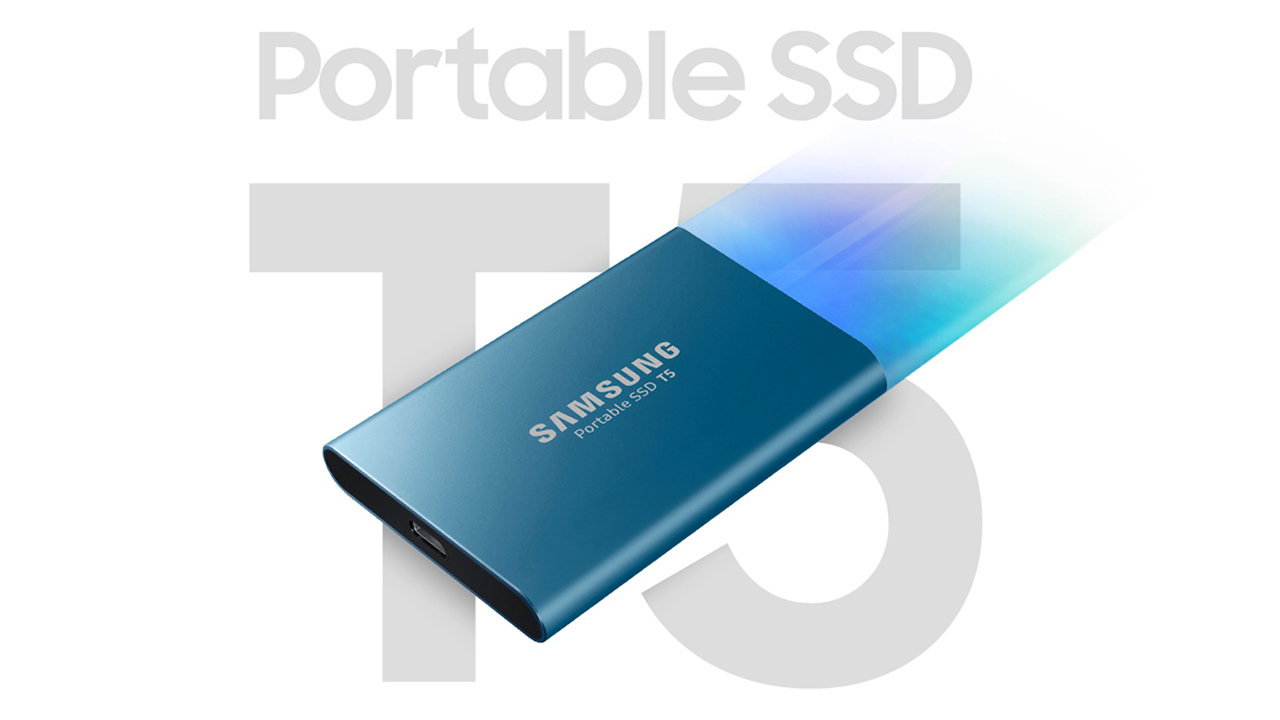 The recently-announced Samsung T5 SSD is a little V-NAND storage beast, capable of throughput speeds up to 540MB/s. 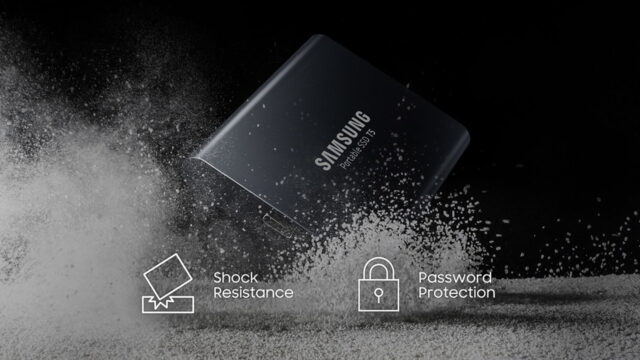 The Samsung T3 has been a popular external SSD for content creators since its introduction in 2016 thanks to its fast transfer speeds, rugged build and small size. Samsung has just updated the T3 with the new T5 version, which features a jump to the USB 3.1 Gen 2 protocol, doubling the potential data transfer rate from 5 to 10Gbps.

The 64-layer V-NAND architecture of the Samsung T5 offers potential transfer speeds of up to 540MB/s, making it one of the fastest external SSDs in the market and in theory fast enough to edit 4K raw footage off of. This is great as it would mean editing off of a single drive rather than from a RAID – the kind of storage system that can offer the required data transfer speed. 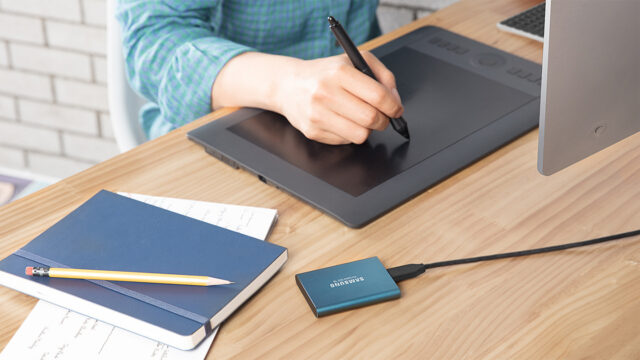 Bear in mind, though, that the T5 needs to squeeze every bit of those new 10Gbps it possible can, meaning that in order for the drive to reach its full transfer-speed potential, your computer needs to have a USB 3.1 Gen 2-compatible port. If you are not totally clear on the ins and outs of external drives, ports and transfer protocols, let me point you to this excellent recent article by Tim: Looking For a Fast Portable Drive? It May Not Be As Fast As You Think.

The Samsung T5 features an aluminium unibody for maximum ruggedness, weighs only 51g and is smaller than a business card, keeping with the dimensions of the earlier T3. 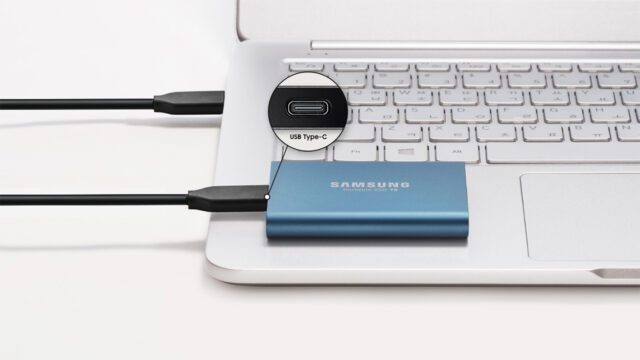 In terms of software, the T5 is capable of keeping your files safe behind a password thanks to 256-bit encryption, and is compatible with a variety of devices right out of the box, as it ships with both a USB-C to USB-C and a USB-C to USB-A cable. 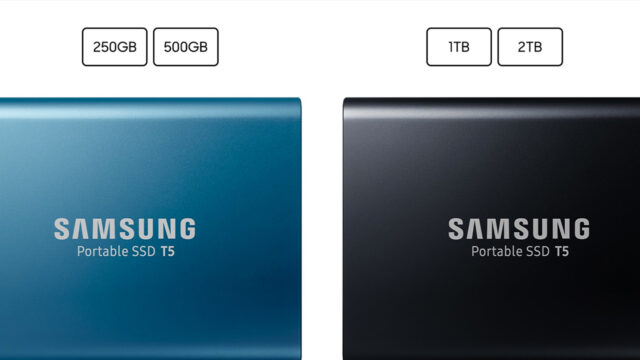 The Samsung T5 will be available in 250 and 500GB in Alluring Blue, and in 1 and 2TB in Deep Black. The smallest version will sell for $130, while the largest version will be going for around $800 which, although expensive when compared to spinning disk drives, is still rather competitive in the SSD world.

You can check out the official press release HERE.

In the market for a new external, portable SSD? Could the new Samsung T5 be it? Let us know in the comments below!