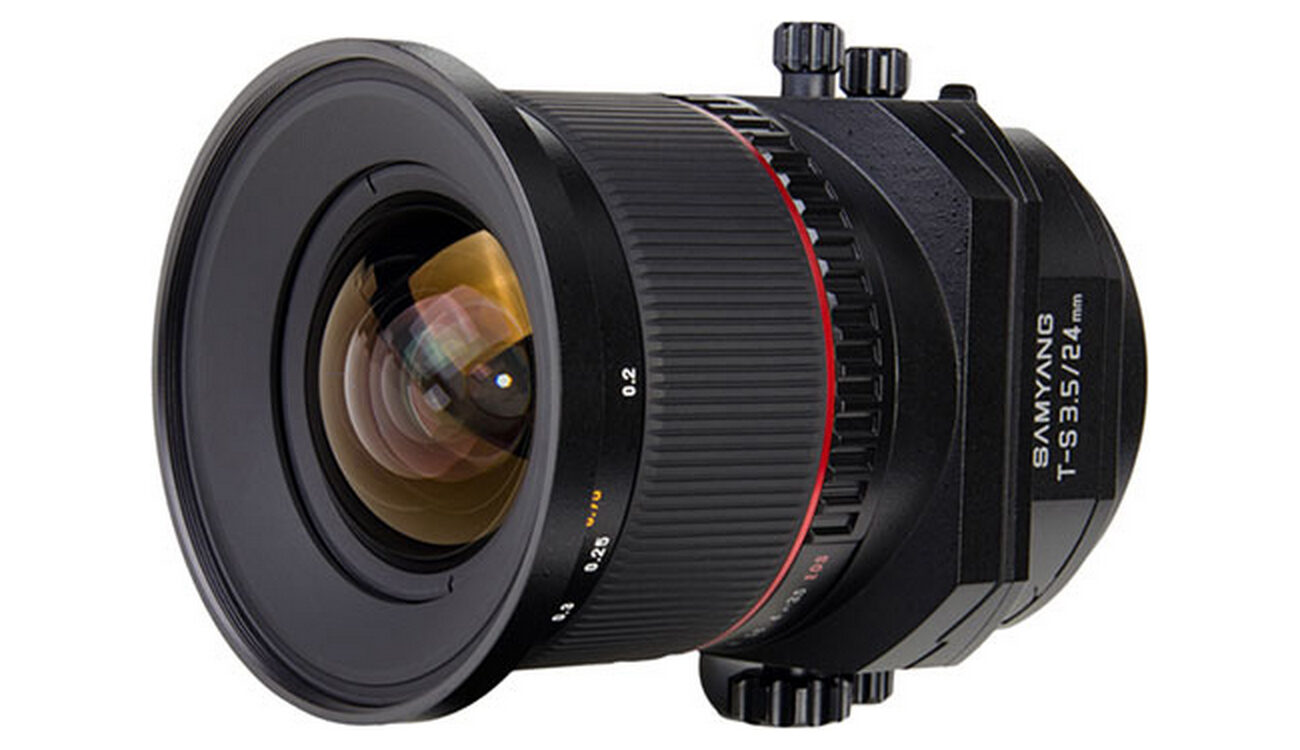 It seems this lens was announced towards the end of last year, but hasn’t received much coverage within the film making industry. The Samyang 24mm f/3.5 T-S brings tilt shift capabilities to the budget friendly filmmaker for the first time.

It’s actually the second time, if you consider post production a viable option. But anyone who’s used a tilt shift lens will confirm that you can’t get the same effects in post, there’s just nothing like the real thing.

Samyang/Rokinon/Bower (pick your favourite) are one of the first third party lens manufactures to produce a tilt shift lens. It’s a lens type predominantly reserved for camera specific brands (Schneider do produce a line however if you fancy splashing out).

The latter point is key. Comparing a Canon L series to a Samyang equivalent often leaves the decisive factor being the autofocus; if you need it, pay the additional for the Canon. Whilst each Samyang lens has it’s individual personalities, the general consensus is that the image quality for video is great, and can be comparable to Canon’s line. You pay extra for weather sealing and autofocus.

With the Samyang/Canon 24mm f/3.5 T-S shootout, auto focus is eliminated. Both are manual focus lenses, the Samyang being full manual (manual aperture in 1/2 stop increments). So at double the price, how does Canon justify it? Well after reading a review of the Samyang on the-digital-picture, it seems the Samyang does lack sharpness when compared to the Canon. Which is quite predictable as the Canon TS-E 24mm f/3.5 II L is regarded one of Canon’s top performing lens for image quality. It will be interesting to see how image of the Samyang holds up for video (albeit with the 4K movement having so much presence there soon may not any differentiation). The review also highlights the Samyang having the upper hand in vignetting, and the Canon in distortion. The Canon also having more aperture blades (8 over Samyang’s 6).

The Samyang/Bower/Rokinon collection seems to be growing excitingly fast, filling more and more gaps in a typical lens collection, yet we are still to see a good old nifty fifty surface?

At $999 from B&H, this lens sits competitively in an uncompetitive line up of Tilt Shift lenses.

For an overview of recommended lenses and other gear which the cinema5D crew uses, head over to our constantly growing GEAR GUIDE!