Today Japan’s largest broadcast trade show Inter BEE 2017 kicked off and we had a chance to talk to Sharp’s Masazumi Kaino-san, about the new Sharp 8C-B60A 8K camera.

Sharp (acquired recently by Foxconn Technology Group) is also one of the first (if not the first) company in the world to introduce an 8K television for the consumer market. Now it seems is the time the company decided to take it further and build a whole ecosystem around it. 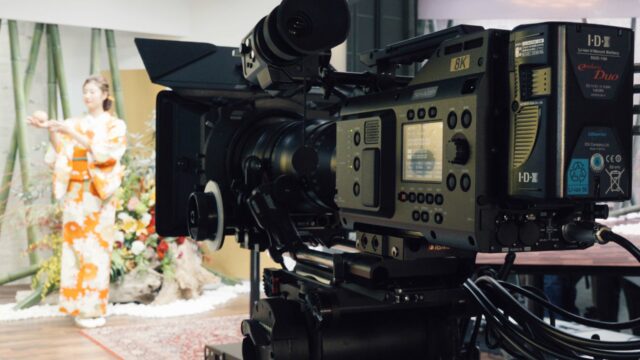 Not a “Cinema Camera” – a “Camcorder”

In our video Kaino-san is emphasising that this is not a camera, but a camcorder, because of the amount of shooting functions that are built into the camera. It sounds like “camcorder” was meant in a positive way here. For us an 8K cinema camera is more valuable than a camcorder and with a PL mount and a 4:2:2 10-bit shooting format straight to SSD, this camera doesn’t sound half bad.

According to Kaino-san however this camera is not made for cinema, but made with the broadcast market in mind. One of the reasons he mentioned was that there is no raw video option.

The camera shoots in the Grass Valley HQX codec in 7680×4320 4:2:2 at 10-bit that is said to be highly efficient. During Inter BEE this was demonstrated on an Edius editing system.

The Sharp 8K camera was born as a result of a joint venture with Astrodesign inc., a well known company in the broadcast industry. This partnership allowed a match between Sharp’s 8K TV’s and Astrodesign that specializes in 8K broadcasting.

The Future of 8K ENG Shooting

For now the main market for the Sharp 8K camera is the Japanese market, but according to Kaino-san, they will be targeting worldwide as well, in order to offer their 8K ecosystem as a whole package and create solutions for 8K broadcasters in the US and China. With a price tag of $77,000 this 8K camera for now is not a very affordable deal and remains a niche product. The question is, wether the demand for 8K will come. What do you think? 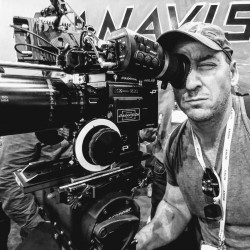