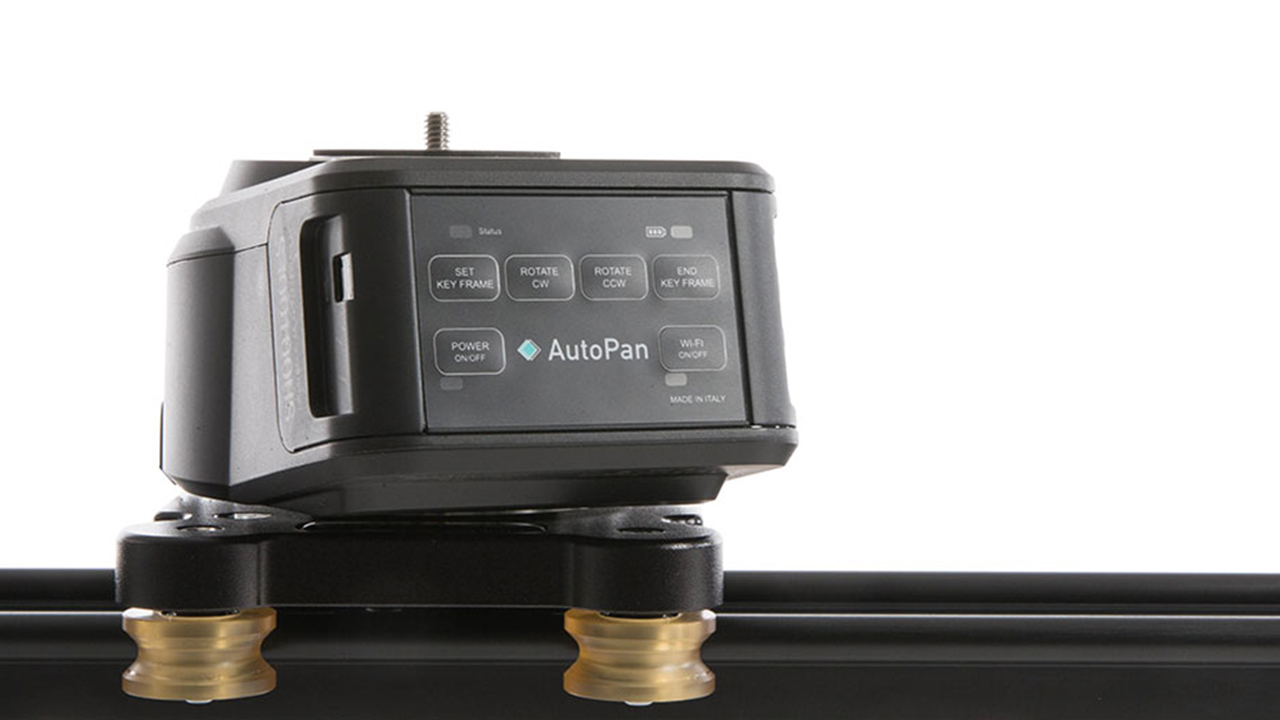 The ShooTools AutoPan is the first universal panning head that allows you to synchronize the rotation of the camera with the movement of a slider. You can mount it on any slider, regardless of type, brand, model or length (up to 3 meters). Read on for my full review. 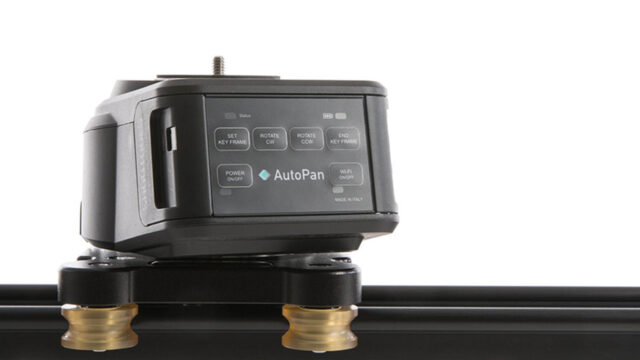 The ShooTools AutoPan pan head for universal slider use.

Last year I wrote a review of the ShooTools Slider PRO 100, a nice piece of equipment that found its own place in my kit. I have grown so fond of it this past year, that I also purchased the Slider PRO 150 in order to have two different lengths at my disposal. However, one problem I found was finding an affordable tripod head for them. My main interest is shooting details and macro shots, which need particular precision and have to be perfect in the combination of sliding movement and pan. After trying to reduce the height of the bowl for a Sachtler 18 head, my research brought me to the  ShooTools AutoPan.

According to ShooTools, the AutoPan is actually pretty sleek for interviews and talking heads too, and it can also create panoramas and rotate as needed due to its 360-degree range. You can even use it with a dolly or trike or, if you want, you can use it as a turntable too. So… I ordered it. 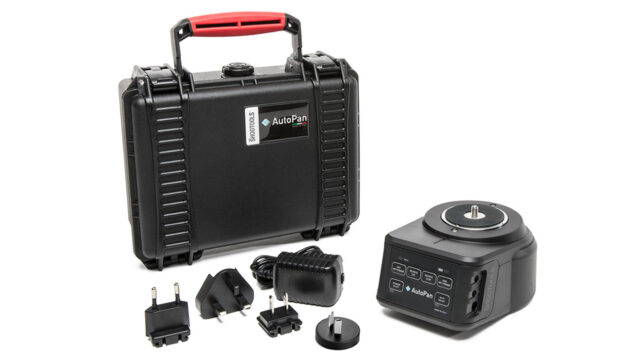 The AutoPan comes in a HPRC hard case, and as soon as you open the box, you immediately get the feeling of quality Italian design and care for detail. One side of the unit features three ports: a DC power port to charge the battery (4 different plugs are included for the battery charger), an external sensor port and a shutter release port. On the other side you will find the USB port for the firmware update. The setup buttons face the operator and are at the opposite end of the spring-loaded, 3-meter-long cable mechanism that makes the head move in sync with the motion of the camera. 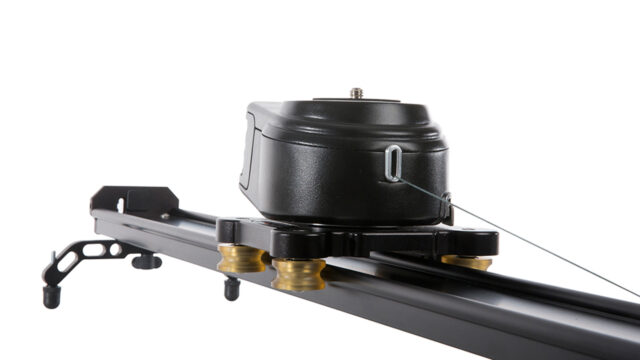 And that is the ShooTools AutoPan’s secret: the cable gives a precise position to the unit’s brain of the AutoPan, which calculates the amount of pan you need to reach certain positions (keyframes) while the camera slides. Because of this, the built-in motor in the ShooTools AutoPan can keep the camera pointed at the subject during the length of the tracking shot, moving between keyframes and repeating the slide always in the same way. You don’t have to worry about manually hitting the sweet spots on cue.

Setting up the AutoPan is very easy: you only have to set at least two keyframes, and you are ready to shoot. The two buttons on the unit allow you to rotate the head clockwise or counterclockwise to get the shot you need, with up to 10 keyframe positions. It is battery powered, and runs up to 8 hours on a full charge. Charging it is easy-peasy, and is ready for another day’s work in little time.

Although I don’t often do time lapses, I found out that the ShooTools AutoPan works great stand-alone on a traditional tripod. ShooTools are also about to release a smartphone app that will allow you to control the unit via WiFi. It will allow you to perform 360° pans or time lapses, and manage all the settings remotely. I will soon give it a try.

With my slider prepped, I mounted my Canon C300 plus a Manfrotto 502HD Pro on the AutoPan. I weighted the setup beforehand and I was well under the 10kg of maximal payload of the AutoPan’s maximum payload, so I was set to go.

It took me a few tries at first to find out the right sequence and pressure needed for the buttons, but it was just a matter of a few seconds to get the hang of it. My first try was impressive: I started with an interview situation, and the camera always pointed at the right spot. If I changed focal lengths between shots, the picture was more than just nicely framed even without reprogramming the AutoPan.

Once I started to test some detail shots, I was reassured of the effectiveness of using an automated panning system. The strain of combining precise pan and slide motions is already high enough, but when you use a tripod head that is not of the level of quality you are accustomed to, then it just becomes frustrating. With the ShooTools AutoPan, that frustration was gone. Set the start framing, set the end framing, and boom, it’s done. Whatever speed, whatever number of repetitions, whatever angle the camera was pointed in, every shot was the money shot. 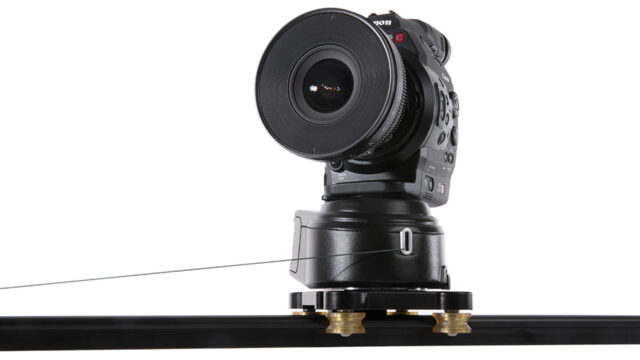 The only small problem I found was that, although slow movements work perfectly, cranking up the speed of the slider makes the AutoPan a little noisy. The increased strain on the motor becomes audible, which could be a problem if you intend to use the recorded sound. Slower interview shots didn’t present this problem, and I didn’t use sound on the high-speed shots so it wasn’t a problem for me, but it’s still something to keep in mind.

Don’t forget that even if the AutoPan is very easy and fast to get up and running, it is still a controller that needs to be set up and programmed, so be sure that the production you are working for is well aware of the breaks you need for your next setup. I can tell you from experience that no one is going to like interrupting an interview just so you can set up the pan, so prepare your shot accordingly and let the ShooTools AutoPan do the work. 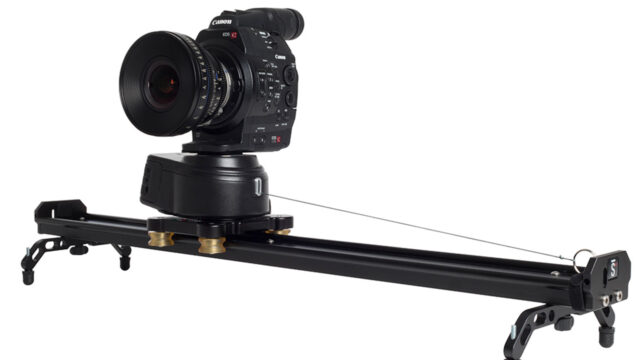 What I would like to see next is a motor to automate the sliding movement that works in tandem with the AutoPan in order to achieve a so-called “second shooter”. I was looking at the ShooTools Motor Control Plus, but that is another story…

The ShooTools AutoPan is a good solution for the filmmakers wanting to elevate their shooting by adding nice movement to their productions. It really is a revolutionary electronic tool in that it is designed to be universal, as it is compatible with any slider in the market, regardless of brand, length and whether it’s manual or motorized. Its a self-contained internal motor and rechargeable battery system that pans your camera in several different modes, synchronizing it with the movement of your device. In a nutshell: a unique tool in the market.

Here’s ShooTools’ official video for the AutoPan, which (apart from its advertorial look) shows you well how it works:

What do you think of the ShooTools AutoPan? Would something like this find a place in your kit? Let us know in the comments below!

Giorgio Sironi is an Italian cameraman based in Vienna, Austria. He specializes in moving images with the MøVi gimbals and other devices.