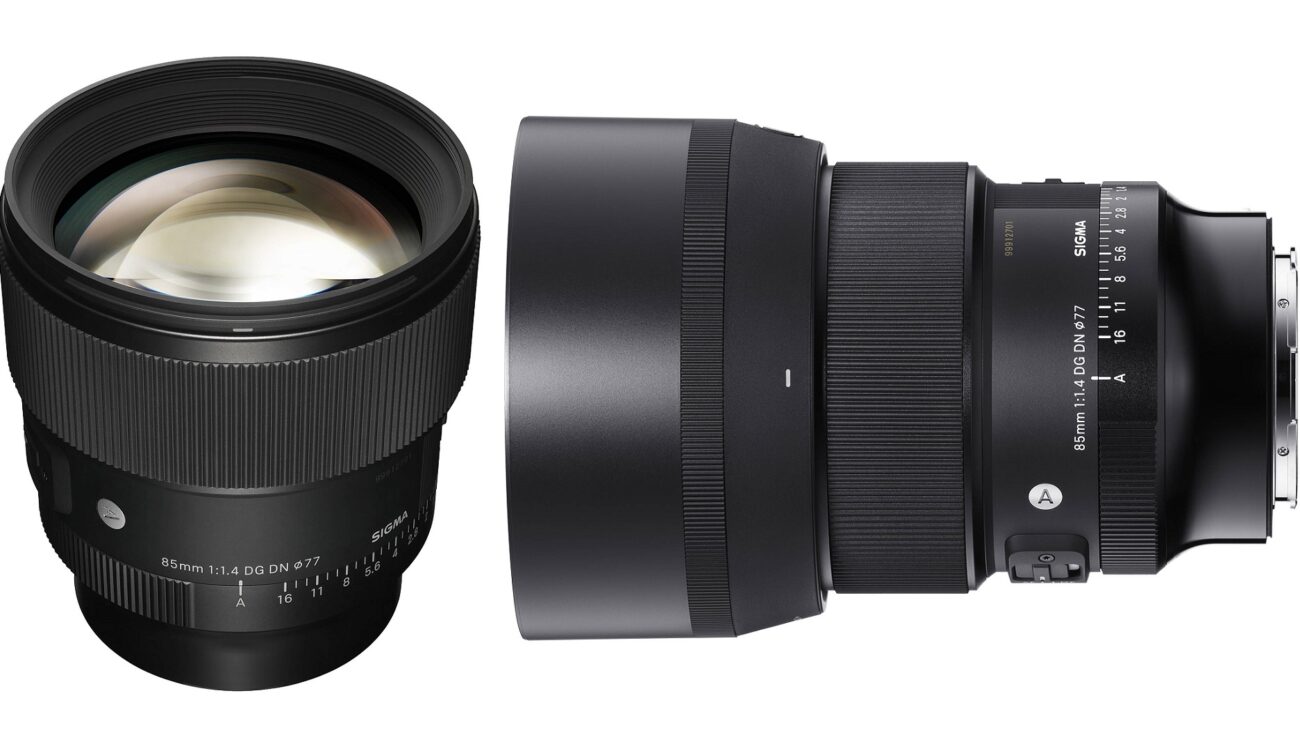 85mm has usually been a popular portrait focal length on full-frame cameras. Almost every lens manufacturer has a full-frame 85mm prime lens in its portfolio. SIGMA itself already offers an 85mm f/1.4 lens. Let’s take a closer look at how this new lens differs from the original and what features and specs it brings.

Because the lens was designed exclusively for mirrorless cameras, SIGMA could keep the dimensions and weight down. The new SIGMA 85mm F1.4 DG DN Art weighs only 630g / 22.2oz. It has a 77mm front filter thread and a body length of 94.1mm / 3.7in.

The AF motor system employs a stepping motor which is optimized for both phase-detection AF and contrast AF. This has also made the lens body itself much smaller as the focus lens has been made smaller to better suit a stepping motor.

The lens construction is consistent with other lenses from SIGMA’s Art line. In addition to five SLD (Special Low Dispersion) elements and one aspherical lens, the 85mm f/1.4 DG DN Art has incorporated the latest high refractive index glass, which, according to SIGMA, works to thoroughly correct aberrations (like the axial chromatic aberration) that cannot be handled by the correction functionality on the camera side.

As SIGMA further stated, thanks to ray-trace simulation and real-world testing, the lens was designed to minimize ghosting and handle backlight well.

The “AFL button” allows various functions to be assigned from a compatible camera body. In addition to the dust- and splash-proof structure, the lens uses materials such as aluminum and TSC (Thermally Stable Composite).

Another difference is the filter thread diminution. The original SIGMA 85mm f/1.4 DG HSM Art uses a massive 86mm thread whereas the new 85mm has a “more reasonable” 77mm thread.

What do you think about the new SIGMA 85mm f/1.4 DG DN Art lens? Would you like to see more compact-sized fast full-frame primes? Let us know in the comments section underneath the article.