SIRUI announced their new 50mm f/1.8 1.33x anamorphic lens during this year’s IBC show in Amsterdam. The lens produces image circle covering APS-C sensors and will come in versions with Sony E-mount, FUJIFILM X-mount, and Micro four thirds mount. Compared to other anamorphic lenses, it will be very affordable.

Anamorphic lenses can produce unique images with special characteristics (lens flares, oval bokeh, etc) and that’s why they are very popular for certain genres. For years, there have only been very expensive anamorphic lenses on the market and the only affordable alternative was to use an anamorphic adapter (like this one from SLR magic). This is changing and there are more and more affordable anamorphic lenses available. My colleague Gunther recently reviewed the VAZEN anamorphic 1.8x 40mm T2 lens fo M4/3 cameras. SIRUI is now introducing their own anamorphic lens. 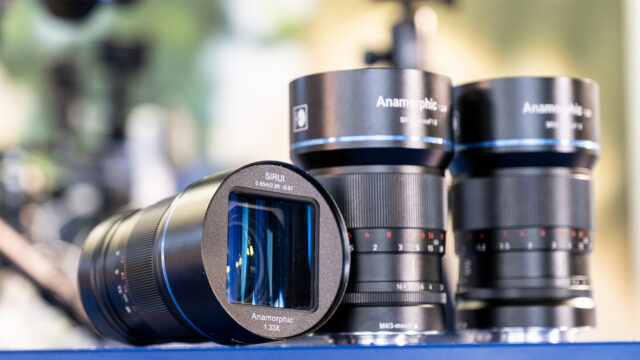 SIRUI is a chinese camera accessories manufacturer. Previously, they have been mostly producing tripods and various mobile phone accessories, like lens adapters, stabilizers, etc. During this year’s IBC they introduced what seems to be their first lens ever. We talked about the new SIRUI 50mm f/1.8 1.33x anamorphic lens with SIRUI’s european marketing director Sonny Liu.

Because it is anamorphic, the FOV is wider, than what any traditional 50mm lens would offer. It enlarges the FOV by up to 33%, so the equivalent FOV would be roughly 37.5mm. With 16:9 sensor setting, the resulting image will have an aspect ratio of 2.4:1.

This SIRUI lens has typical characteristics of a real anamorphic lens, like backlighting effects and lens flares, oval bokeh, etc. Compared to other anamorphic lenses on the market, it will be very affordable. 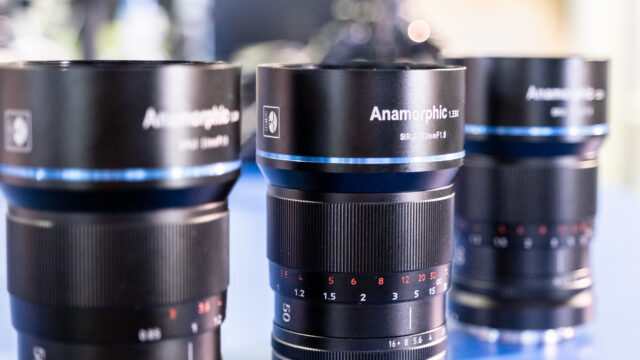 SIRUI 50mm f/1.8 anamorphic lens should be available in the early 2020. Price will be roughly around €700 (which I expect to translate to around $700-800). In the world of anamorphic lenses, this really means affordable. I hope the performance will not be compromised too much due to the price.

What do you think about the affordable SIRUI anamorphic lens? Do you have experience shooting with anamorphic lenses? Let us know in the comments underneath the article.