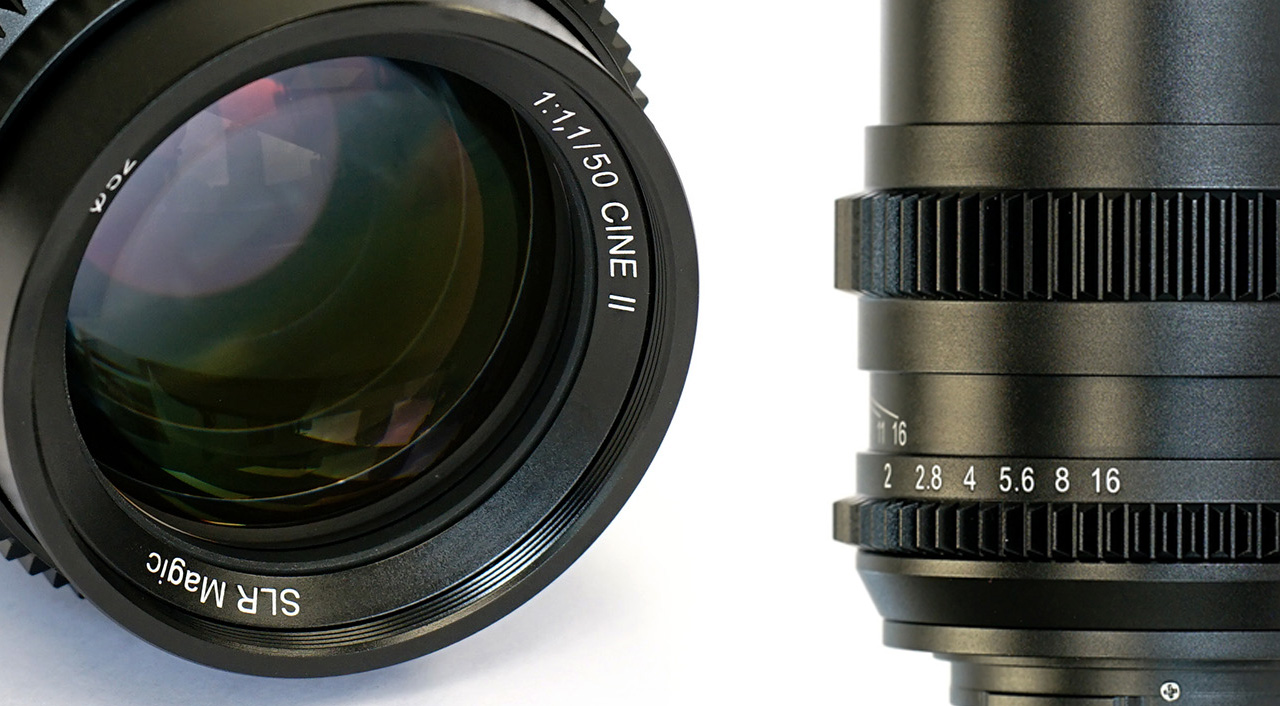 SLR Magic has announced a new lens for Sony E mount. The 50mm f/1.1 Cine Version II is an update following the apparent success of their compact manual cinema/photo lenses. 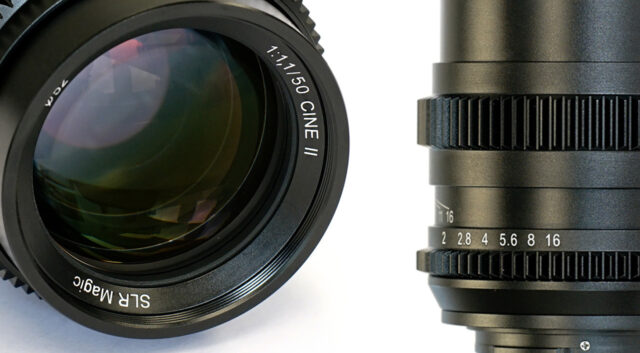 We reviewed the original SLR Magic 50mm f/1.1 some three years ago. It was an interesting release as the initial observations marked a few optical flaws with the lens.

As a result, SLR magic halted production, tweaked the design and released the lens with improved performance.

Edge to edge performance has been a focus (excuse the pun). Enhanced optics are said to be used as well as an additional lens element.

The version II lens is constructed from 7 elements in 6 groups, with similar rounded 13-blade aperture diaphragm.

Like version I, the 50mm f/1.1 Cine Version II is fully manual, with geared focus and aperture ring.

“Our lenses from this range have been synonymous for beautiful imagery wide open, with gorgeous rendering and smooth roll off edge to edge, and is quickly becoming the lens of choice rather than an alternative for the Cine and Photo industry.”

It’s nice to see the price stay the same, the version I was predominantly available for $399 (although you can now get it at a discounted price). You can pre-order via the link below.