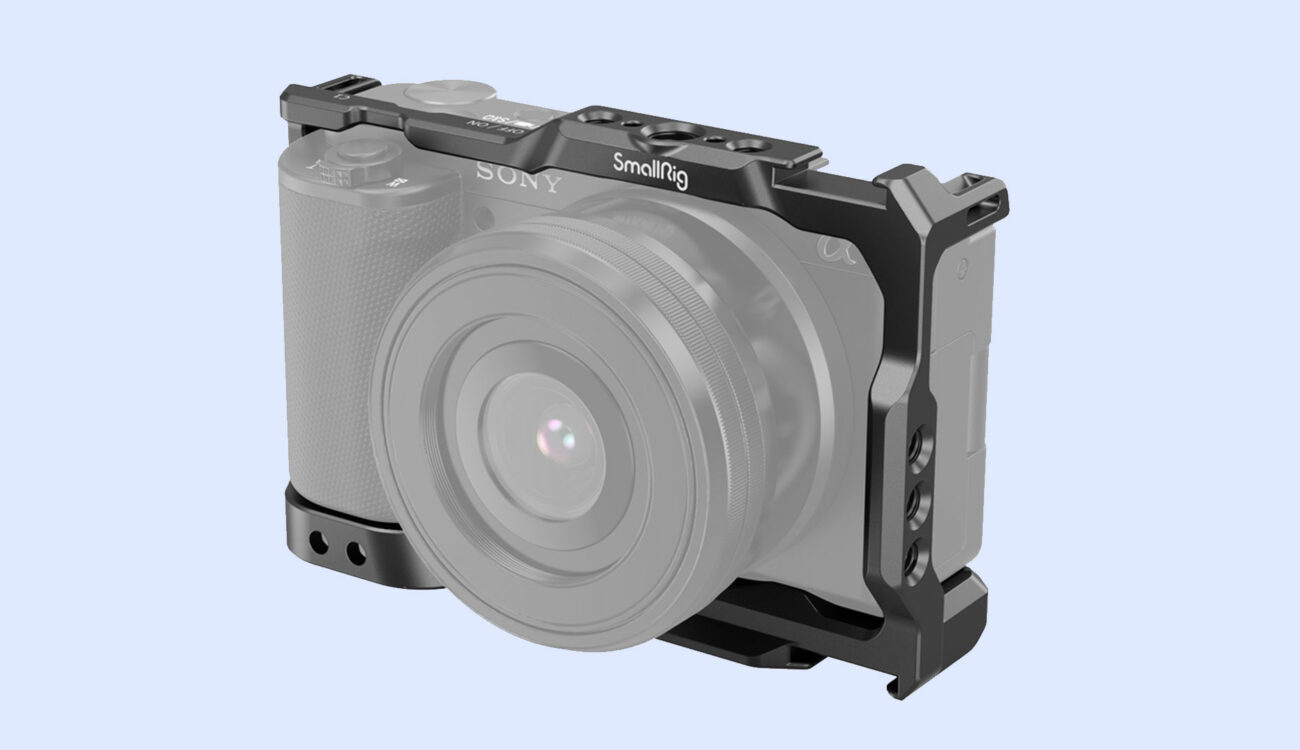 SmallRig has just released a new cage for the Sony ZV-E10. This cage features a built-in Arca-type quick release plate, multiple 1/4″-20 and 3/8″-16 mounting points, and two additional cold-shoes. So if you’re looking for a compact rig to extend your vlogging capabilities, look no further!

The Sony ZV-E10 was released in July and is clearly targeted at vloggers. With a large sensor, a Sony E-Mount that opens up a world of creative choices when it comes to lenses, this is a solid offering from Sony. If you want to learn more about it, you can read and watch the in-depth review of it by my colleague Johnnie.

Nowadays, a cage is almost always a must-have for any camera. Indeed, if you’re vlogging with the Sony ZV-E10, you’ll probably want to mount a small on-camera light as well as a microphone to your camera. Unfortunately, the only cold-shoe of the camera won’t give you many options, and leave you limited.

To solve that issue, Chinese manufacturer SmallRig has just released a cage specifically designed for the Sony ZV-E10.

This cage (codename 3531) is entirely made out of aluminum, and with it only weighing 105g, you’ll probably not feel it at the end of the day.

On the left and right sides, you’ll find three extra 1/4″-20 mounting points on each side.

On a nice touch, two of these mounting points are specifically designed to work with the DJI RS2 gimbal. Last but not least, you’ll find an additional cold shoe at the bottom, as well as a magnetic flat-head screwdriver if you need to take your camera out of the cage.

This SmallRig cage for the Sony ZV-E10 seems very well thought out and quite minimalistic, as it doesn’t block any of the buttons, screen, in/out ports, or battery compartment.

The SmallRig cage for the Sony ZV-E10 is available for pre-order now for $33.90, and it should start shipping on September 17th.

What do you think about this cage for the Sony ZV-E10? When it comes to vlogging, what is your go-to camera? Don’t hesitate to let us know in the comments below!