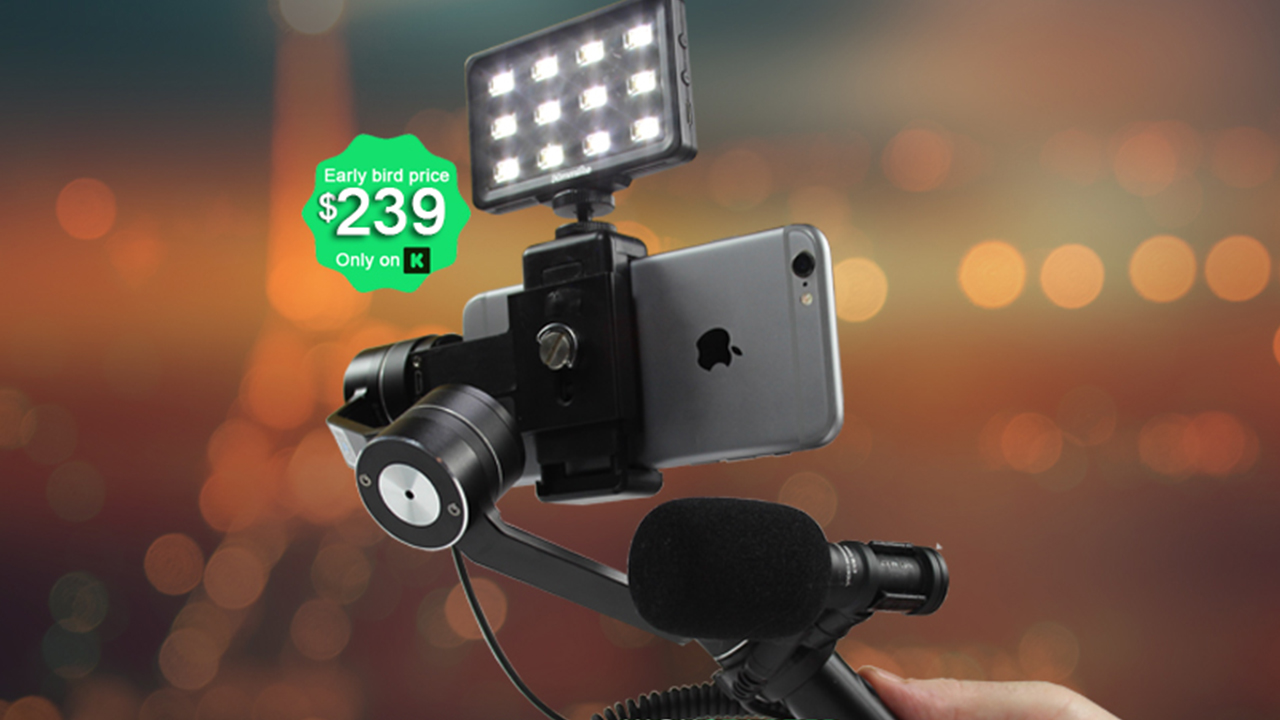 Another smartphone gimbal has hit Kickstarter. The SmoothVu aims to bring you not only stabilisation, but all the other necessary elements to create professional-looking video.

At its core, the SmoothVu is a handheld 3-axis gimbal for smartphones and GoPros, just like the dozens of others that have been flooding the crowdfunding arena in recent times. Obvious features include a rechargeable battery that also charges your phone, and a companion app that offers face tracking, 360 Panoramic filming and Time Lapse options. However, the SmoothvVu also doubles up as a teleprompter with a text overlay option when in Selfie mode, making it ideal for scripted walk-and-talks. Nice!

The SmoothVu also goes beyond the standard iPhone gimbal in that it also includes a small LED panel that attaches onto the smartphone mount. It is made up of an array of 12 LEDs and is rechargeable via USB, making it portable and low-profile.

In terms of audio, the package also includes a little cardioid condenser microphone to capture better quality audio. The included wind cover will make it usable outdoors, and its rotating mount means you can point in just about any direction you need it to. 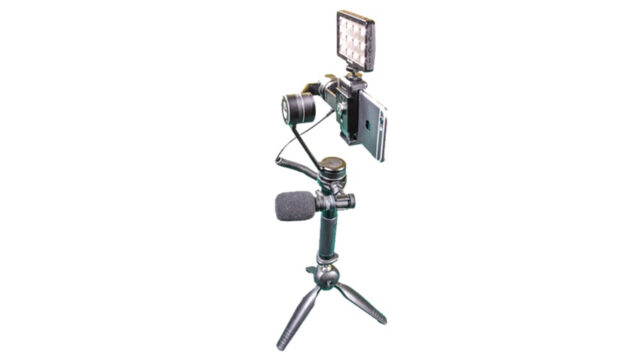 The SmoothVu in all its glory

The SmoothVu kit also comes with a portable tripod foot so you can set the gimbal down on the floor or on top of a desk, allowing it to go from locked down to handheld in a single shot without having to change mounts.

The kit even includes a set of clip-on wide angle lenses for your smartphone, as well as a handy carrying case. Talk about a complete package! 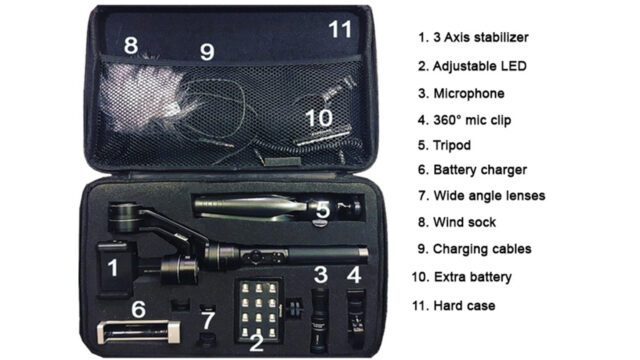 All in all, the SmoothVu seems like a great solution for those wanting to get into smartphone filmmaking. It seems ideal for consumers looking for an all-in-one kit, without having to worry about building their own rig from separate parts.

In terms of professional use, this would be perfect for real estate agents wanting to create video tours, and could also prove useful for journalists, although the sound quality of the microphone remains to be seen (or heard!).

The expected retail price of the SmoothVu will be $329, but you can get it for almost $100 less if you back its Kickstarter campaign. It will start shipping to Kickstarter backers from July.

Let us know what you think of the SmoothVu smartphone gimbal in the comments below!