With the introduction of the Sony a6400, I had a chance to take the new camera for a short spin and after playing with it for a bit, I made up my mind. Sony’s latest offering is very different and interesting, BUT, is it worth the upgrade from its a6300 and a6500 siblings? (Same sensor but enhanced image processing engine). Is it really a Vlogger’s camera? What is its strongest selling point and last but not least, what is the real reason for Sony to introduce this camera in my personal opinion? Interested? Keep reading. 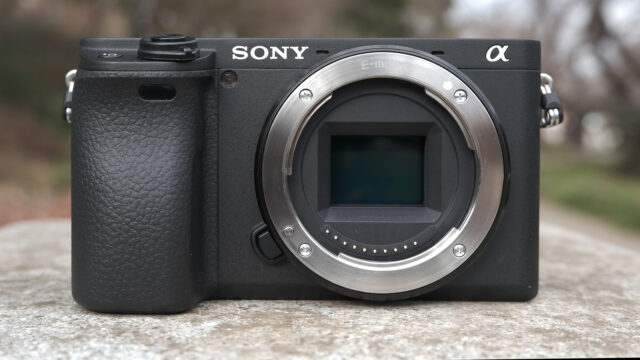 It is the middle of January. My short (and yet to be disclosed) assignment in Japan is almost over but before going back home, I’m lucky enough to put my hands on the new Sony a6400 to take it for a short spin. At first, my plan was to shoot a short documentary with it and by doing so, explore its video capabilities, but after noticing that most features and even technical specifications are very similar to the Sony a6300 and a6500 (which I reviewed and tested before), I decided to scrap my original plan and concentrate on testing a single feature, the one that captured my attention most.

Before talking about that feature, let me conclude and say that for the price ($898), the Sony a6400 is a fine camera. It accommodates an APS-C sensor, plus, has all the “normal” goodies we have been given by Sony for the last years now. Namely, S-Log 2, S-Log 3, high frame rate recording, different exposure measuring tools, REC-709 view assist function, proxy recording (unfortunately without matching file names) and even LCD and EVF guides (2.35:1, 1.85:1 and such). On top of that, Sony added HDR and time-lapse recording functions plus a 180-degree tiltable LCD monitor. On the less favorable side, the rolling shutter is horrendous, there is no IBIS (In-Body Image Stabilization) system, no headphone jack and the camera menu, well, what can I say, it is slowly but surely becoming one of the least pleasant camera features to deal with. So many possibilities and functions, yet so little sense (at least in my opinion), to why it is all there. If I’m in the video mode, all I want to see is the related functions – ONLY! Nothing more and nothing less. 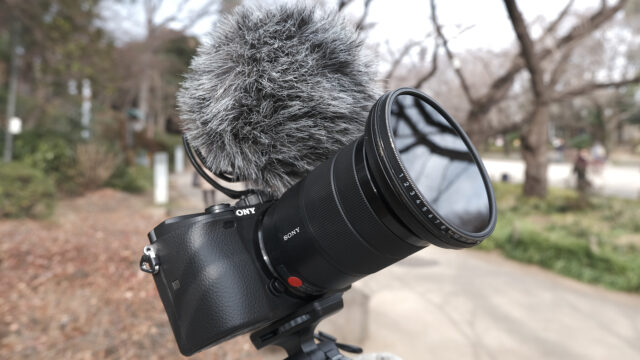 Is it the Right Tool for Vlogging?

Now, somehow I got the feeling that Sony is kind of emphasising the advantages of this camera as a vlogging tool. In my opinion, it might be useful to promote this camera as a family companion or all the way up as an additional “throw in bag” filming device for professionals (to act as a secondary camera in addition to a more capable one). I think that the idea to push the a6400 as a vloggers device might prove to be wrong. Surely it can be operated as one but so many things might go wrong, especially when filming on the move. The absence of IBIS and the very noticeable rolling shutter effect might kill your shot. The exclusion of a headphone jack will make it hard to monitor audio levels, yet if you insist vlogging with it, don’t add a microphone on the available hot shoe mount and tilt your LCD monitor at the same time as the microphone will block the LCD view completely (the screen can only be folded upwards!)

My review could end here, but there is one huge thing which I haven’t talked about yet: Sony added ONE KILLER feature. An autofocus function which has an algorithm that was fine-tuned to tightly work together with the Bionz X processor and as the results show, this is certainly worth writing about!

Sony a6400 – a Superior Autofocus Function

As an experienced shooter and camera tester, it is seldom that I’m being introduced to a feature that can change the face of the industry forever! The new autofocus system presented by Sony on the a6400 is exactly that kind of feature. It is not that we haven’t seen a good autofocus functionality before (Canon and FUJIFILM are a good examples), but now, Sony is certainly taking it to the next level.

The reliability and consistency of the new autofocus was very impressive. True, it is not always 100% there, but, I was really challenging it and I was pleasantly surprised with the results. Back to the camera “vlogging option”, I set the camera in front of me and “talk to it” during doing my OLYMPUS E-M1X review, and for about 40 minutes of recording time in 2 different locations (lit very differently), it did not lose the focus on my face even once. Actually, the autofocus did not even “hesitate” or try to search for my face while filming. Later, when running with it on the streets of Tokyo, it continued to amaze me to the point that I was starting to believe that the days of manual focus lenses are numbered.

Yes, you read that correctly (and I did not confuse taking the blue pill with a red one this morning) …. If this technology will be implemented on any of the more professional video orientated Sony cameras (mirrorless and beyond), there will be NO reason to use manual focus lenses for documentary shoots anymore, especially zoom lenses. Let’s think about it this way. There are a few reasons to why we are using manual focus lenses. One of them is the reliability in achieving constant focus. Now, imagine that autofocus lenses can do exactly that same thing, plus:

On top, one will always have the possibility to change from this autofocus mode to the manual focus, if wanted. So after reading all of the above features, wouldn’t you choose this focusing option? If you would have asked me a year ago, I guess I would have dismissed this option especially as I’m a pro who is used to working with manual lenses, but now when thinking about how good and reliable this autofocus function is, there is actually no reason not to use it on everyday production(s).

By the way, in regards to the Sony a6400, as this camera does not have a rear joystick, it is not so easy to place the desired object in focus while using the EVF. If you are using the LCD, it is much easier. With your finger, touch the screen where you want the focus to be, and voilá. It will stay there.

I hope you can take a moment to look at the footage above which I’ve captured with the camera. In this case, an autofocused picture worth a thousand words… 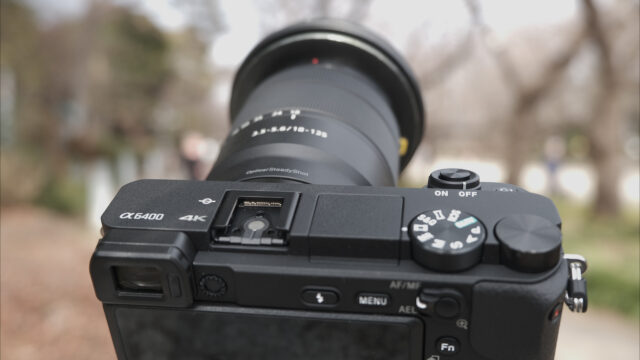 Sony a6400 – The price is very reasonable

Manufacturers often test new features in their professional lines first and then let them crawl down into their consumer/prosumer line – and it seems like this is what they did again on the A9, which is considered to have one of the fastest autofocus systems in the industry. (We haven’t tested Sony’s top-of-the-line A9 mirrorless camera simply because it’s not focused on video shooting at all – it lacks all Slog options.) So while the a6400 could have been that ordinary camera which resembles the a6300 and a6500, that autofocus killer feature alone is worth the extra look, especially as this is a glimpse to the future of all other cameras too!

What do you think? Would you be able to rely on the functionality of this autofocus during your productions? Are you able to think “out of the box” and endorse new technologies as long as they are working well and enhancing your creativity? Please share with us your thoughts on the comment section below.