Not long ago, Sony announced and presented the new a6500, a successor to its successful a6300. During a recent visit to Japan, I had a chance to spend a day with the new camera and I’m happy to finally share my first impressions here. Mind you, this is only a first impressions review, dealing ONLY with the video capabilities of this new camera. 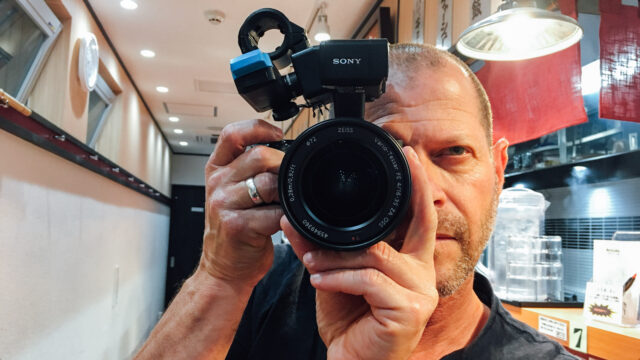 The four new features which I think are worth mentioning are the re-designed menu (more on that later), the capable autofocus system, touch screen LCD, and in-body 5-axis image stabilization. I would also highlight that the camera grip size got a bit bigger, making the camera easier to hold and work with. All the rest – such as sensor, picture quality and even low light performance – is pretty much the same as with the older a6300.

An additional advanced feature which can be accessed via the menu is the ability to extend the 4K recording time. As we all know, the a6300 would have got warm and likely shut down while recording. Although this may still happen with the new a6500, you now have the possibility to delay this by accessing the menu, changing the Auto Power OFF Temperature to HIGH, and allowing the camera to get warmer… In fact, Sony recommends using a tripod as the camera can get really hot.

In my experience, I had no problem whatsoever even while shooting in standard mode and in a hot location. However, this is of course no indication of anything as people will use the camera in different ways and on different locations, so please do share your experience with us. On a side note, I’m yet to find out if the a6300 can get its menu updated in order to gain access to the same feature. 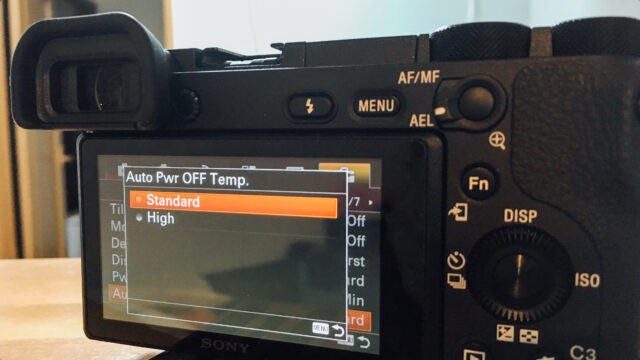 Control how much heat the camera can sustain.

During previous discussions at Sony, I emphasised the need to completely separate the video and photo camera menus – an opinion I believe many others shared too. Sony has listened, and have taken the first step in redesigning and reorganising it to make the video crowd feel more comfortable when searching specifically for a video-related function. I would say that 80% of the work is done regarding the introduction of this new menu structure, but I truly hope that they can technically achieve that last extra mile – which surprisingly is not so easy.

The new touch screen on the Sony a6500 LCD is responsive, easy to use and works well with the new faster autofocus system. Mind you, make sure to select “Flexible Focus Point” if you want to be able to look at the EVF and drag your finger across to the desired focus point. The new built-in 5-axis image stabilization works OK, but falls way behind the one found on recent cameras by Olympus.

When it comes to criticism, I have to mention the camera’s rolling shutter effect. If you were hoping for the new model to shine and deliver better results than the a6300, then expect to be disappointed. To my naked eye, the performance looks exactly the same as its predecessor, although we will try and conduct our lab test soon to verify my observations. 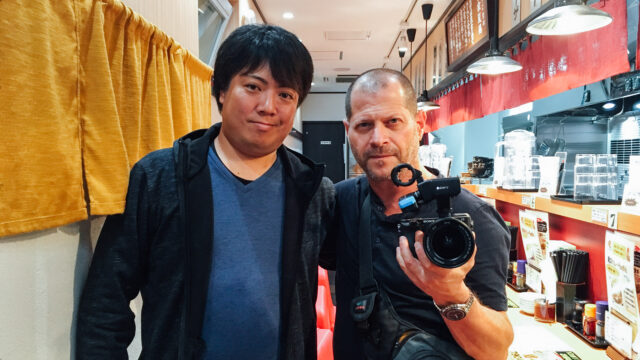 Upon returning the camera, I was invited for a discussion with Sony’s a6500 engineering and marketing people and was asked to give my honest opinion about the new camera, My straight forward answer was:

there is not enough innovation in the new model to make one move up from their current a6300 model to the new a6500.”

In terms of video performance, the two models are very similar with some advantage to the a6500 due to its new advanced autofocus system and touch screen LCD. The point is this: the a6000 was a nice HD camera. Then, with the appearance of the a6300, we got 4K and reasonably fast autofocus. In theory, what is missing from the new Sony a6500 is a “killer feature” – a unique selling point like internal ND filters, higher quality recording codec or bit rate, not to mention a headphone jack…

For those of you asking “will it ever come”, my answer is as follows: for Sony, this device is first and foremost a photo camera. Although their statistics clearly show that many users are buying into these little technical achievements and are using the camera in professional video shooting environments (see the below Sony’s official slide), they need to be convinced by seeing a critical mass of users who tell them in a clear loud voice: “we are using these kinds of cameras for our creative video work and need the extra functionality, so please give it to us without the fear of cannibalising your higher level video markets!”. 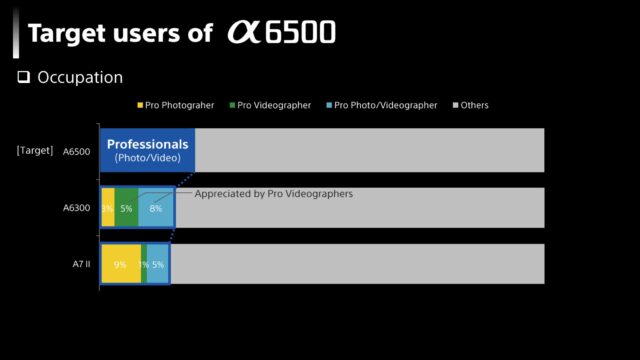 Camera settings for this review: XAVC-S, PP7 (S-Log 2), 4K/24p. 100Mbps, shot mostly at native ISO and with available light. Sound was recorded in-camera. Edited on Adobe Premiere CC 2017 (so unstable on my Mac!). Colour corrected with a LUT designed in-house.

Ungraded version to play with:

Music by: Art-list , The Valley Man by Easy People

Guys, Sony reads your comments, so please share your opinion with us. Do you think they should surprise us by introducing a more video-oriented mirrorless stills camera on the a6xxx line?