The Sony AX100 is a prosumer video camera that has a significantly larger sensor than other videocameras and through a recent firmware upgrade boosts the data-rate up to 100 Mbps. We reviewed the popular camera and compared it to the Canon XC10.

The 1 inch sensor camera market is alive and kicking with a few interesting cameras in its segment namely the upcoming Canon XC10, sony rx10, Sony PXW-X70 and the Sony FDR-AX100 (the X70 Prosumer brother). Some of those cameras are full-HD “only”, others are 4K (UHD) or 4K capable via paid firmware updates. 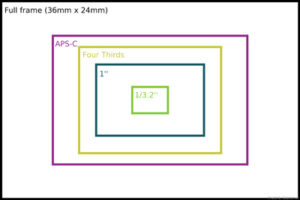 In my opinion a 1 inch sensor (16mm equivalent) camera is an ideal tool for documentary style shooting and when being used in a creative way, one can mimic the look of a larger sensor camera rather easily. I also think that video-journalists will love the “ease of use” and the convenient built-in lens for their run-and-gun assignments. 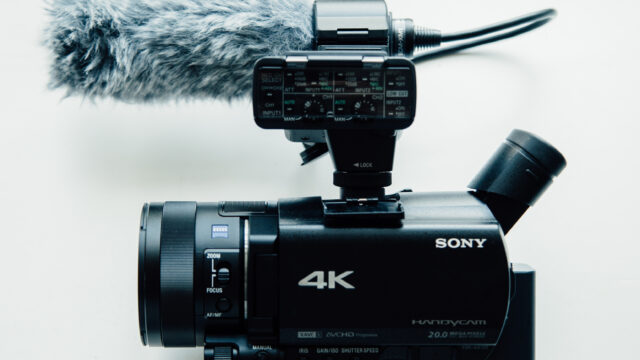 After testing the up coming Canon XC10 (review can be found here), I got many requests to test a Sony equivalent camera.
I did test the Sony RX10 in the past but it’s a full HD camera “only”, so I decided to look for a 4K (UHD) equivalent. Next on the list was the  Sony PXW-X70. This camera is aimed for the professional market with built-in XLR audio and 4:2:2 video sampling in HD mode. Also, as of February 2015, a 4K software license (a $550 paid firmware update) can be downloaded to unlock the 4K recording capability of the camera.

My decision was to do a Sony AX100 review. It was also a good opportunity to test the new FREE XAVC-S 4K update. (firmware 3.0 boosting the data rate from 60 Mbps to 100 Mbps). In my opinion this camera together with Sony’s XLR-K2M can prove to be a very powerful combination.

Comparing the Sony AX100 to the Canon XC10 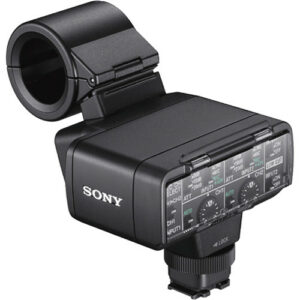 Before diving into specifications, ergonomics or picture quality I think the main difference between those cameras is the “philosophy” behind them. Example: While the XC10 is “just” another stand-alone product, Sony chose to introduce an “eco-system” solution.

The XLR-K2M audio module can be used on its hotshoe and conveniently gives you XLR . Both cameras are targeting video-journalists, but those who choose the Sony have the opportunity to add a professional audio attachment to their (non professional) camera.

When taking a closer look, the only advantage I could find when using the XC10 was the ability to film in Canon’s C LOG flat picture profile. Other then that, Canon’s higher bit rate recording might be an advantage for some but it also requires a much more expensive storage option.

I won’t go deep into the comparison between those cameras but to summarise.
The AX100 has these advantages over the XC10:
• A motorised zoom lens
• 3 stages of ND filters
• Better flexibility on the audio side
• A good OLED EVF

This makes the AX100 an easier camera to work with. Saying all of that does not make the Sony AX100 perfect… actually far from it. I’m very curious to know who is in charge of designing those cameras and who decides about ergonomics and button placement. It feels like actual users weren’t involved in the design process and I think it would help. Engineers are great people but mostly not users.

• Using the focus magnifier button on the front right hand side of the camera while shooting or accessing the menu and some of its functions when the LCD screen is closed is a guaranteed frustration.

• Another thing Sony could have done better is battery computability across the line. Using any of your existing Sony A7…/A5000/A6000 batteries is not possible.

• One of the key issues I have with those 1” sensor cameras though, is the non-consist aperture settings they all have and the AX100 is no exception (The sony rx10 is the only one to have a fast constant f2.8 lens). When you move out of the wide f2.8 comfort zone and slightly zoom in, the lens changes its aperture settings and in the case of the AX100 all the way to f4.0. Not as limiting as f5.6 in the Canon XC10 but still a point to considered.

• A narrow dynamic range is another limitation this camera is suffering from. A slightly overexposed picture can turn ugly fast. 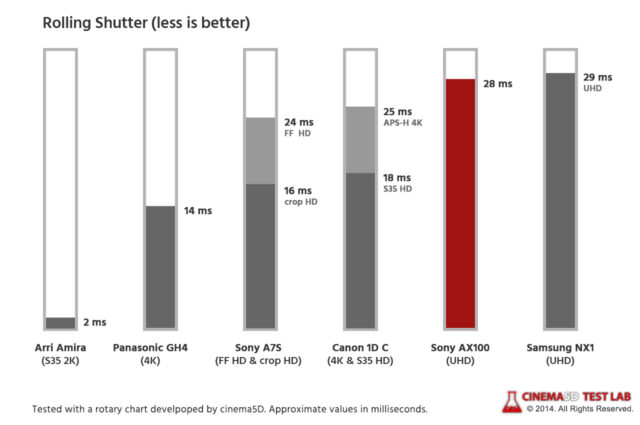 On the positive side:

• The supplied battery holds for many hours.

• Also, the very quick powering option by pulling out the EVF or opening the LCD screen is good to have.

• When needed, the camera can be set to “Auto mode” (great for chasing your kids), or enjoy its fine auto focus. 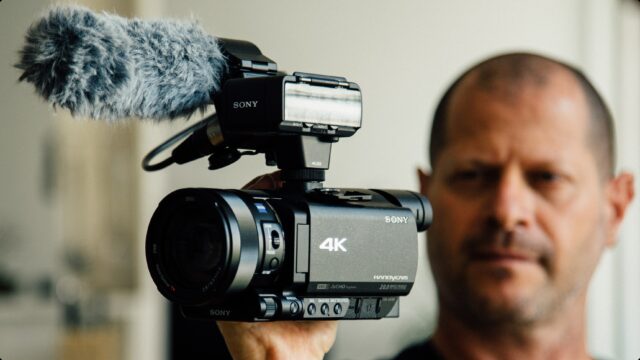 All in all the Sony FDR-AX100 is a good camera for the occasional shooter. It never had the ambition to become the mighty king of 4K cameras and as such, I was pleasantly surprised by its capabilities.

Camera settings/editing/colour correction for this shoot:

A big thank to Ronit and Snir Rozensal from Vision Tattoos. Please visit their home page by clicking here