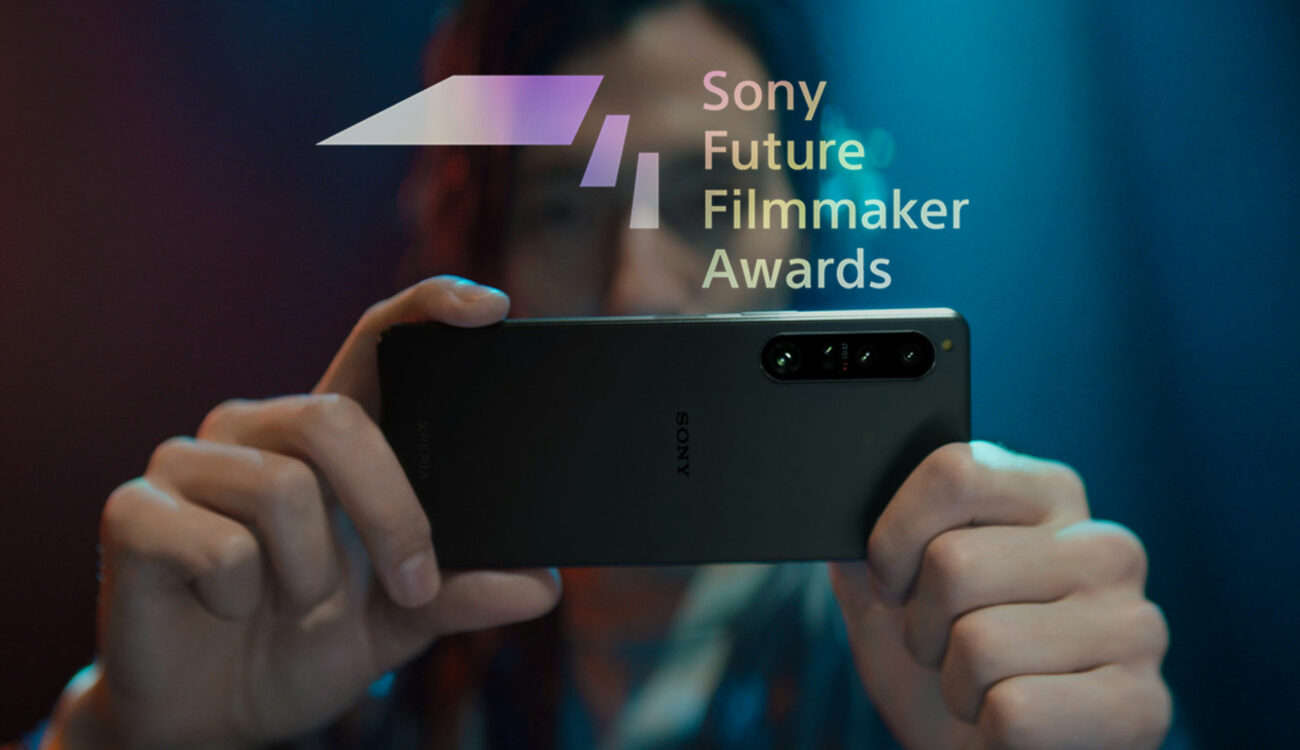 Sony launched the first edition of its Future Filmmaker Awards online contest at the end of July, and they just announced the names of the 2023 jury. The three categories – Filmmaker, Student Filmmaker, and Future Format – will be judged by Justin Chadwick, Nicole Brown, Jeremy Barber, and Sir Roger Deakins! If you want to enter the contest, be sure to submit your film until December 13 for a chance to win up to $5,000, Sony camera equipment and more.

Online filmmaking contests are a great opportunity to get your name out there, whether you’re a filmmaking student, aspiring filmmaker, or long-time professional.

As a new short film online contest, the Sony Future Filmmaker Awards provides an exceptional opportunity for filmmakers and content creators to show their work and perhaps be one of the 30 winners. If you are interested in partaking, you can do so by submitting your film(s) for free until Tuesday, December 13, 2022. Indeed, each entrant can submit across more than one category and competition.

A shortlist of up to five entrants per category, and a winner will be selected by the judges and announced on the Sony Future Filmmaker Awards website. In short, no less than 30 filmmakers will be shortlisted!

Sony has just announced the judges for the first edition. You’ll have the chance to show your short film to Justin Chadwick, Nicole Brown, Jeremy Barber, and Sir Roger Deakins, one of today’s most honored cinematographers.

The Filmmaker competition is aimed at independent filmmakers and creators worldwide. There are three categories: Fiction, Non-Fiction, and Environment.

Each entry in the Filmmaker competition must be between 5 and 20 minutes long and can be shot on any device. In addition, your film must have been created in 2021 or 2022 and be in English or include English subtitles.

The Student Filmmaker competition rewards the talent soon to shape the industry. All entrants must be studying a film course at a registered institution at a diploma or degree level worldwide.

The Student Filmmaker competition has two categories: Fiction and Non-fiction. Institutions that make up the shortlist are selected by continent to ensure a diverse range of global talent.

Each entry in the Student Filmmaker competition must be between 5 and 20 minutes long and can be shot on any device. In addition, your film must have been created in 2021 or 2022 and be in English or include English subtitles.

Last but not least, the Future Format competition only has one category with a technical brief: shoot your film on a smartphone. Your entry must be between 2 and 5 minutes long, shot in English or with English subtitles, shot between 2021 and 2022, and shot on a smartphone.

Now let’s get to the juicy part: prizes! Firstly, all 30 shortlisted filmmakers will receive a trip to Los Angeles to participate in the awards ceremony and two-day workshop program at Sony Pictures studio.

Lastly, the Future Format winner will receive a $2,500 cash prize, Sony digital imaging equipment, a certificate, and a trophy.

What do you think about this online contest? Are you considering entering the competition? Don’t hesitate to let us know in the comments down below!