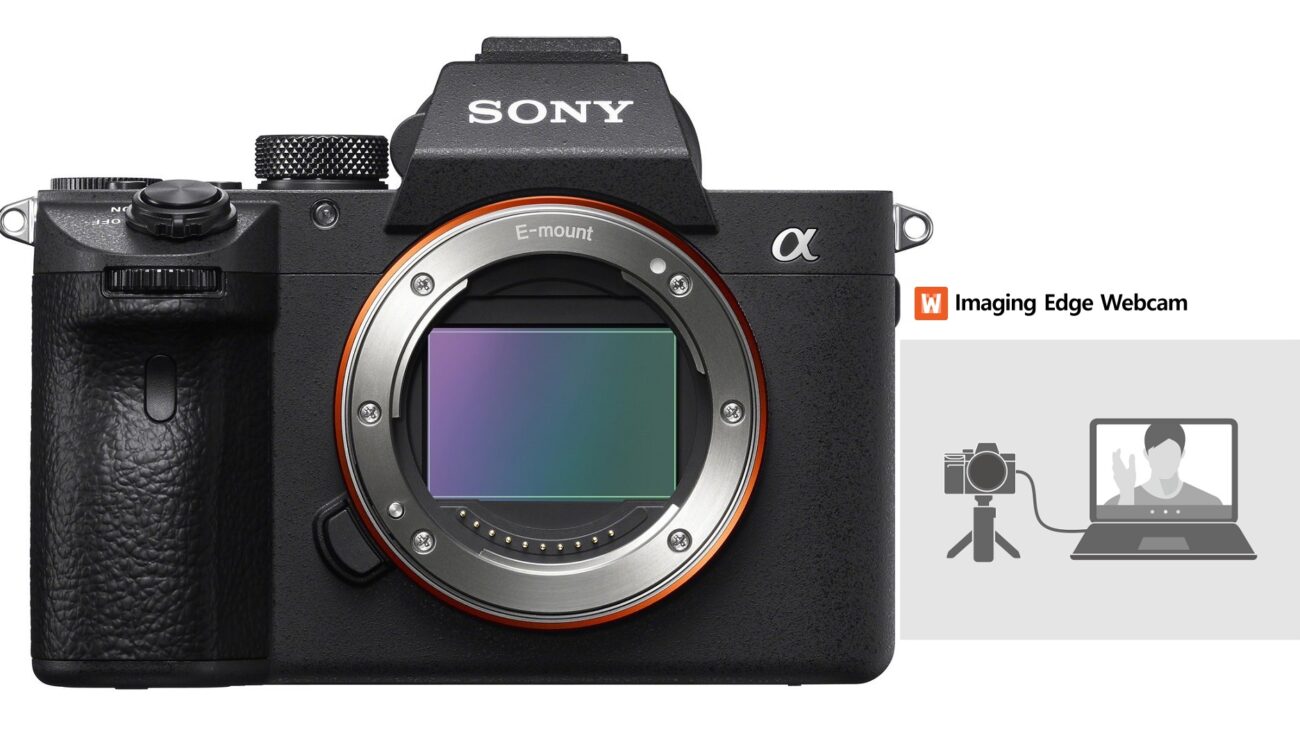 Sony announced the release of its new free desktop application called Imaging Edge Webcam that allows users to easily transform any compatible Sony digital camera into a high-quality webcam by simply connecting it to a Windows PC via USB. Currently, there are 35 Sony camera models compatible – most Alpha mirrorless, DSC compact models, and even some Alpha DSLR bodies.

Update:  Sony will be releasing a Mac version of the software during “fall of 2020.

Because of the COVID-19 triggered lockdown in many countries, we have seen a massive increase in live streaming and video conferencing this year. To achieve better image quality, some people started using DSLR and mirrorless cameras for this purpose. Up until recently, this solution required having an HDMI->USB capture device like the popular Elgato Cam Link 4K.

Most camera manufacturers, however, reacted to the increasing trend by releasing software that enables turning their cameras into webcams by simply using a USB cable. We have already seen solutions from Canon, FUJIFILM, Olympus, Panasonic, SIGMA, and GoPro. It took a while for Sony to jump on the bandwagon, but here it is – the Imaging Edge Webcam has finally been released. How does it work?

The free desktop application Sony Imaging Edge Webcam allows users to live stream and video conference with compatible Sony cameras by only connecting them with a USB cable into the computer. So in short, there are two things to consider, whether your OS and camera are compatible.

I think this might be especially interesting with one of the most recent Sony cameras because of their very capable Eye Autofocus. (Sony a7S III, a7 III, a7R IV and a9 II in particular).

For installation, simply select (one or more) camera model on Sony Imaging Edge Webcam Website, click download, and install the app. Sony also prepared quite a detailed guide on how to use this new desktop app. There is no word from Sony yet about a possible macOS version.

What do you think about the new Sony Imaging Edge Webcam application? Did you try it already? Would you like to see a macOS version as well? Let us know in the comments section underneath the article.