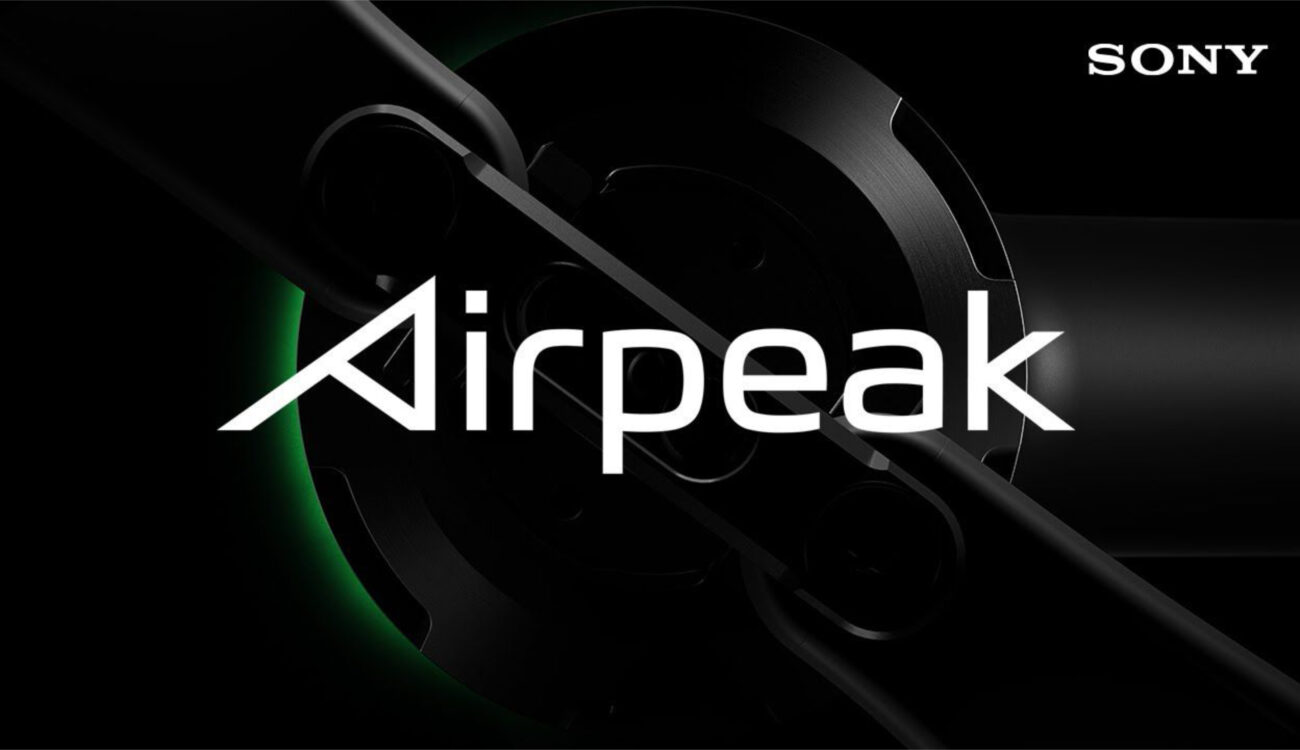 Japanese tech giant Sony has just lifted the curtain on its latest filmmaking gear: Airpeak. A new drone project which is scheduled to be in the air tonight by spring 2021.

A new drone. That’s nothing extraordinary these days, especially if it bears the name DJI on its outer shell somewhere. The Chinese company has just released a new Mini 2 labeled drone, which seems to be pretty impressive indeed, given the size. But back to Japan. Sony is not exactly well-known for making camera drones, yet this seems to change: Airpeak might just be a teaser for now, but since we’re talking about one of the biggest tech companies in the world and since Sony is the leading manufacturer and supplier of image sensors and lots of other camera related tech, this news is actually big news.

Sony is late to the party. DJI have already claimed most of the market since the company launched in 2006. Yet Sony is a global player with lots and lots of resources for developing such a device and they have the necessary expertise in terms of high-end camera tech, as well.

If Airpeak will be a success relies heavily on a smooth launch (pun intended), of course. Sony cannot afford to deliver something like the failed GoPro Karma drone. Developing a drone is not an easy task I assume, lots of research, design, and prototyping is neccessary in order to come up with something decent. And the Sony Airpeak better not be something decent, but something great. To face competitors like DJI, Sony really needs to push it. And this healthy competition is something we, the indie filmmakers, will benefit from (if the price and target market fits).

What Sony’s Airpeak drone will be exactly – we don’t know, but since the teaser video doesn’t really reveal anything and since the launch is scheduled for spring 2021, I don’t think this is aimed at hobbyists. It seems more like a mid-range or even high-end filmmmaking tool we’re about to witness.

Not Just a Single Drone

Sony’s marketing claims are of course a bit over the top, yet the essence is that Airpeak seems to not only be one single product, but a brand. They claim that

Sony has assigned the “Airpeak” brand to reflect its aspiration to contribute to the further evolvement and the creation of the unprecedented value through its imaging and sensing technology as well as 3R technologies (Reality, Real-time and Remote) in the drone area.

This 3R thing might point towards heavy use of AI technology in such an Airpeak drone, a field in which Sony is leading the industry in many ways. Furthermore, they explain that

Airpeak will support the creativity of video creators to the fullest extent possible, aiming to contribute to the further development of the entertainment industry as well as to improved efficiency and savings in various industries. Airpeak will also promote this project to enable drone-use with the highest level of safety and reliability in the environments where this has been difficult in the past.

Sounds good, let’s see what the future holds for the (airborne) filmmaking community. Sony will continue to release details about its Airpeak project, which is expected to have its first flight in spring 2021.

What do you think about this Airpeak project? Do you think Sony will succeed in making a decent drone? Share your thoughts in the comments below!