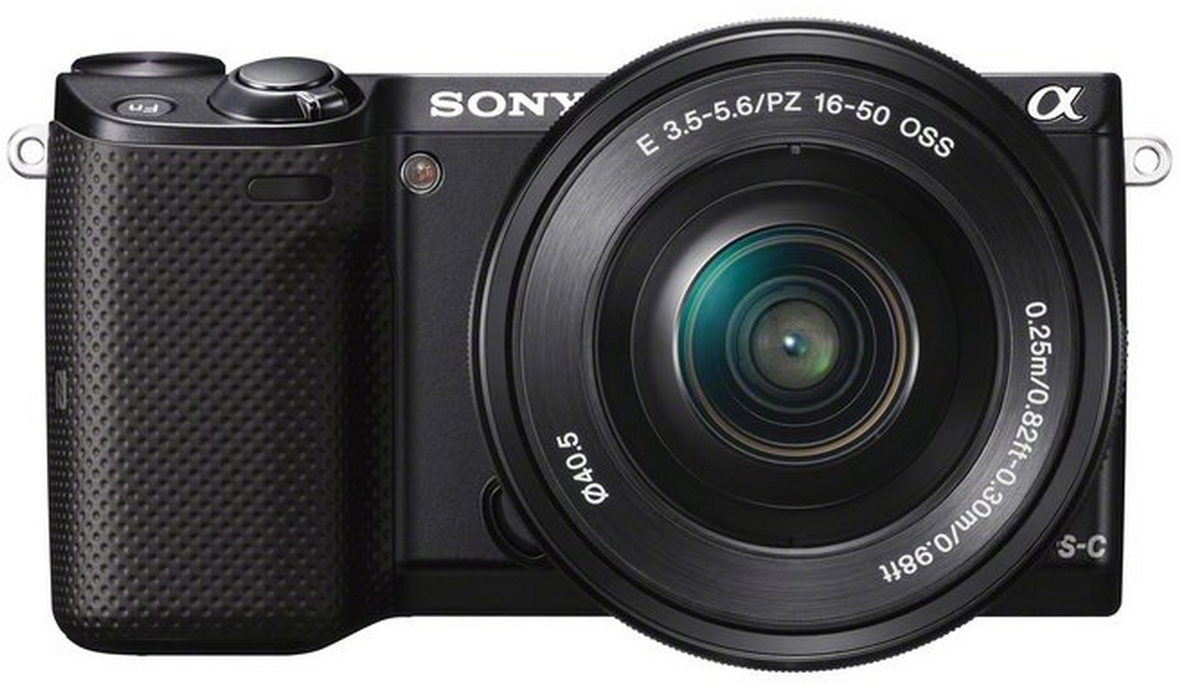 The NEX 5T doesn’t seem to offer any additional video features over its predecessor, the NEX 5R. In fact, it offers very little more period. According to the press release, the NEX-5T is lighter and more compact, and features a new NCF enabled WIFI (see below press for more).

Video function remains unchanged in the Sony NEX-5T. Supporting up to 1920X1080 60p, in  AVCHD .MP4, on-board stereo for audio, and a maximum recording length of 29 minutes.

Here’s the press release for each camera: The A3000 is the first Sony E-mount camera to have an SLR-style form factor. It is designed to offer the best of both worlds: the stable grip and familiarity of the DSLR design, and the lightweight, compact build of the NEX line of mirrorless cameras. In addition, because it is an E-mount camera, its native compatible lenses are also compact and lightweight, which balance well with the size and weight of the camera. This melding between DSLR appearance and an atypically small size and weight make the A3000 a worthy introduction to working with an interchangeable-lens system camera.

With an APS-C-sized 20.1MP Exmor HD CMOS sensor and the BIONZ image processor, the A3000 is on par with other full-size Sony DSLRs in terms of high-resolution imaging and performance speeds. ISO sensitivity from 100 to 16000, with the advanced noise-reduction technology found in Sony’s professional DSLRs, make the A3000 an effective camera when shooting in low-light situations. A full-resolution continuous shooting rate of 3.5 fps establishes this camera as worthy of action photography; its fast 25-point autofocus speed extends to the live view, so you won’t have to wait for the LCD’s image to catch up when you want quick capture.

Not only does the A3000 take high-resolution photos, but it can also capture HD movies in your choice of standard 60i or cinematic 24p, all at full HD 1920 x 1080 resolution. Offering a choice of formats, the AVCHD codec delivers stunning HD picture quality while the MP4 codec offers smaller file size for easier uploading to the Web for sharing. The Alpha NEX-5T Mirrorless Digital Camera houses a 16.1MP APS-C-sized Exmor APS HD CMOS sensor and the BIONZ image processor. It offers DSLR quality and performance in a compact, lightweight body with fast and precise hybrid autofocus, and a sensitivity range up to ISO 25600 for effective low-light capture. Compared to the Alpha NEX-5R, the 5T is lighter and more compact, which, when combined with new E-mount lenses, will provide a form factor closer to a point-and-shoot camera, but of course with features and functions that rival those of a DSLR.

Also new to the NEX-5T is NFC-enabled Wi-Fi. NFC (Near Field Communication) allows for very simple Wi-Fi setup. Simply tap the camera to another NFC-enabled device, like a tablet or smartphone, and photos are transferred with just one touch; no complex setup is required. Moreover, when using Smart Remote Control, the camera’s shutter can be conveniently controlled by your smartphone’s touchscreen. Sharing from the NEX-5T is as easy as touch and tap, and the Sony PlayMemories Camera Apps offers apps for enhanced shooting capability such as macro and time-lapse functions and extensive sharing and storing options.

Full HD 1080p video recording is supported by the 5T at 60p, 60i, and also cinema-like 24 fps. Both the AVCHD codec for high-quality capture and the MP4 codec for smaller, easy-to-upload files are provided. A dedicated video button allows you to go straight into video mode at any time and HDMI output enables a direct connection to an HDTV.

Here’s the press on these three lenses. In addition to the A3000 and NEX-5T, Sony has announced two new E-mount lenses. The first is the Vario-Tessar T* E 16-70mm f/4 ZA OSS lens, which is a high-performance Carl Zeiss mid-range zoom lens. Its 35mm equivalent focal length is 24-105mm for a very versatile wide-angle-to-telephoto capability. This versatility, combined with its metal exterior and particularly compact form, make it an ideal lens for everyday shooting with a compact NEX camera. Its constant f/4 maximum aperture allows for consistency when establishing exposure, and, at the telephoto end, offers effective low-light imaging. Optical Image Stabilization further enables blur-free capture when shooting in dim light or at the telephoto end of the zoom. Advanced aspherical lens elements contribute to its compact design but also reduce chromatic aberrations, and Zeiss T* anti-reflective lens coating minimizes flare and ghosting and contributes to natural color reproduction, as well as superb definition and clarity. The E PZ 18-105mm f/4 G OSS lens is the first Sony G lens made for their E-mount. The G lens series brings with it a tradition of quality that in the case of this 18-105mm includes two ED glass elements and three aspherical elements for reduced distortion and aberrations and high resolution and contrast throughout the zoom range. A circular aperture design enables pleasing out-of-focus areas within the frame. The E 50mm f/1.8 OSS lens is being introduced as a new color for an existing lens. This model has a black finish but the same specs as its silver stablemate. Its 35mm equivalent focal length is 75mm, ideal for portraiture but certainly capable of shooting in varied situations, especially with its fast maximum aperture of f/1.8. This bright aperture is very effective in low light and is able to create shallow depth of field, which is, again, ideal for portraiture but also for still life and numerous other applications. Optical Image Stabilization increases its ability to be blur free when shooting in low light, and its stepping motor means that autofocus operation is smooth and quiet. It also provides Direct Manual Focus for precise manual focus even in AF mode.