With the introduction of the new sony rx10 III a month ago today, Sony surprised us all with yet another upgrade to their successful 1” sensor size, built-in zoom lens camera line.  It is alway fascinating to see how a particular camera model evolves over time and the RX10 is no exception. When I first tested the original Sony RX10, I was impressed by the HD video quality and relative ease of use. In many ways, it felt like a potential “dream come true” camera for the many video journalists out there. Then came version II. In a way, I didn’t like working with it as much as with the original model, so I decided to give priority and review the Sony RX100 IV first, which was announced at the same time. 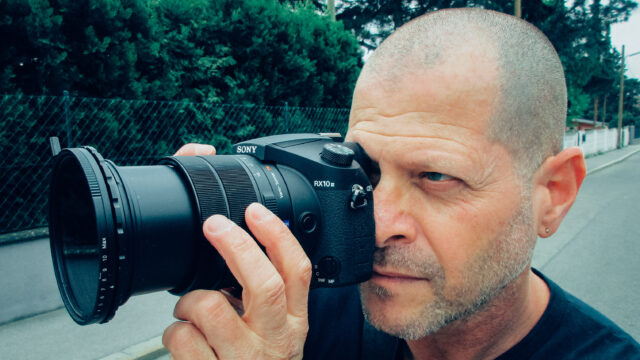 Now that the sony RX10 III is here, I took it for a short spin and was instantly reminded why I didn’t find the second generation so easy to work with. Let me start by saying that to my opinion, this is a less friendlier camera to work with for the occasional video journalist.

The extended zoom range (600mm, 35mm equivalent) is surely a nice addition for photographers and could have been a very helpful feature for videographers. Unfortunately, the flip side to adding a powerful zoom lens is the lack of the previously implemented ND filter, as well as the loss of constant f2.8 aperture which was so nice to have in the previous models. In addition, although you can now control focus and zoom with two separate lens rings, the overall feeling when dealing with the lens is less than ideal.

It is tiring to deal with endless ring twists in order to achieve a perfect focus point or a certain focal length. The combination of such a lens with a a viewfinder which I find less then attractive to work with, is a recipe for a disaster when working in manual focus mode with this camera. I cannot count the number of times I simply gave up using the manual focus and simply switched to automatic in order to be sure I was in focus.

While the video resolution was upgraded from the original model, the EVF did not catch up. The lens did not give me a sharp corner to corner view and while moving my head just a bit, it looked as if I was already out of focus. Furthermore, that stiff plastic eye cup should simply be replaced in the next model. There is no way to shoot video with confidence in strong outdoor light, as light enters the viewfinder from all directions. If I can compare it to the a7xx models, Sony should adopt the same EVF structure where one can simply remove the provided eye piece to replace it with a better fit.

On a separate note, and like with the previous model, 250 frames for second in almost HD quality is a very nice thing to have. Although I wish Sony would allow adjusting the focal length or focusing AFTER entering the HFR standby mode. For now it feels rather limiting.

On the positive side, Sony added a new REC trigger button on the left hand side of the lens, making it even easier to start recording faster when needed.  You can also choose which ring controls zoom and which one controls focus. Sony also gave us a little extra when it comes to zooming and implemented their “Clear Image Zoom” technology with this camera. Last but not least, they included a “zoom assist” function where you can now re-frame your shoot within the general frame (middle only) and the lens will travel to that chosen focal length. Not sure yet how beneficial it is for my filming workflow but if anybody finds it helpful,  then Sony did their job well. 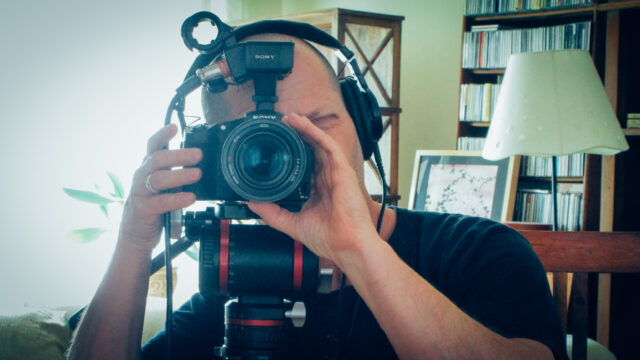 It might be a bit misleading looking at the above list and see so many Pros vs Cons points. One may ask why the reviewer does not like working with this particular camera. One of the most important things for me is to end a shooting day feeling like the camera and I worked in complete harmony in order to achieve the best possible video quality. I’m afraid I cannot say that when it comes to working with the sony rx10 III. I actually finished my working day questioning the quality I had achieved. Furthermore, the absence of previously available features like ND filter and a constant fast aperture leads me to think that this particular model is aimed more for the photographers among us rather then the videographers.

As the original sony rx10 is available at $798 and the Sony RX10 II can now be had for $1198, I’ll leave it to our distinguished users to decide if this updated model is indeed for them.

A special thank you to Masami Morimoto. Find out more about her activities by clicking here