At CP+ Expo in Japan, Toshiba has announced a super-fast new version of their 256GB SD Card, the Exceria Pro N502. We talked to Toshiba about the new product and what it’s for. 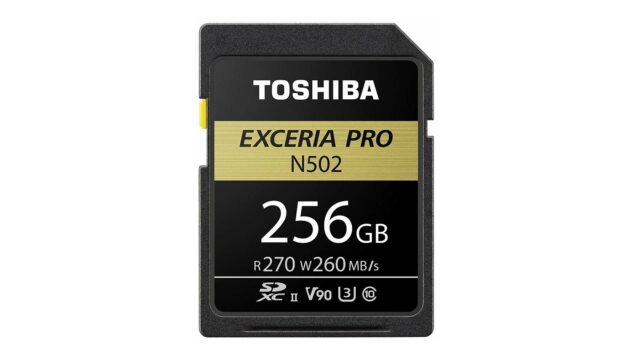 With a mind-boggling read/write speed of 270 MB/s and 260 MB/s, respectively, the new Toshiba SD card tops many records in the field, and should allow for enough bandwidth for even the most data-hungry video codecs. Then again, which video-capable camera uses SD cards when shooting a bitrate that would justify buying this card? It’s probably not on the market yet, but the speed in this card might be a hint at what quality smaller cameras will be possible to record in the near future. The price of $500 unfortunately will put it out of reach for most people, and makes it only justifiable to be used as an “extra editing drive” in your laptop.

As we know from memory prices, they tend to come down fast though. Can you see yourself investing in super-fast, super expensive memory like this? For what reason? Let us know in the comments below.