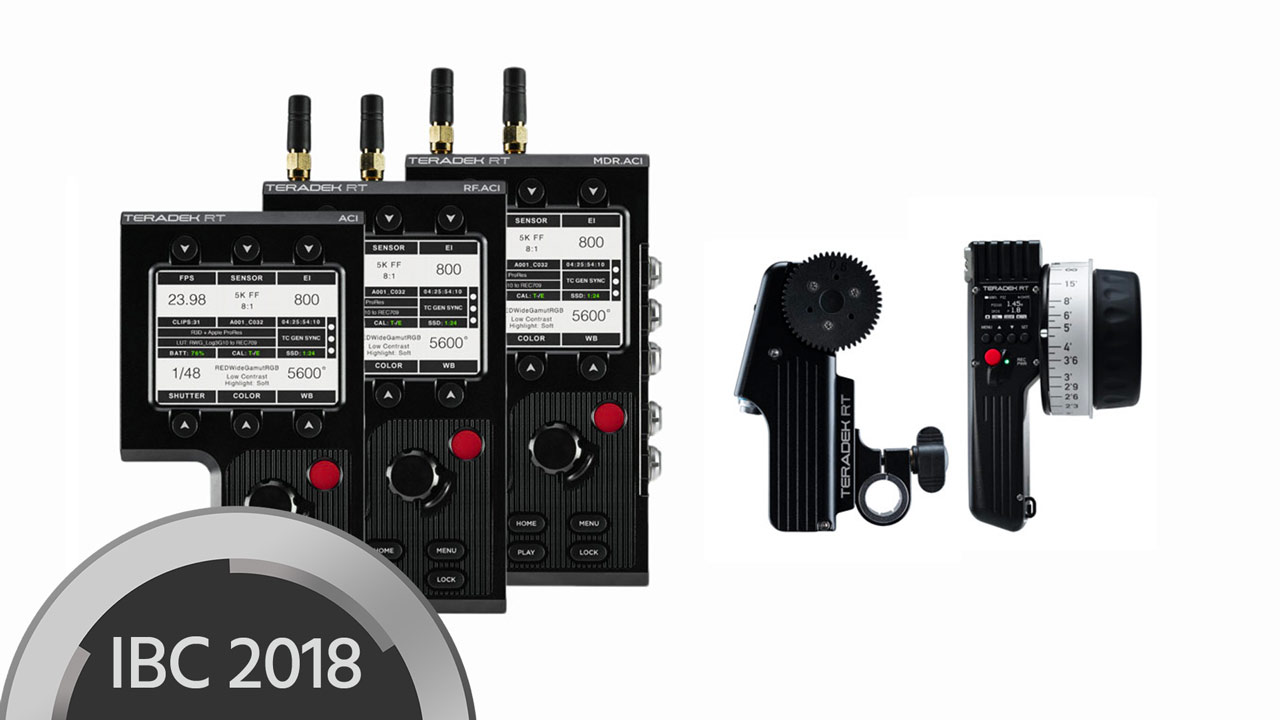 Teradek has just announced the Teradek RT ACI (Assistant Camera Interface), a control interface for DSMC2 RED cameras in three different versions, as well as a new wireless lens control motor and controller pair. We had a closer look. 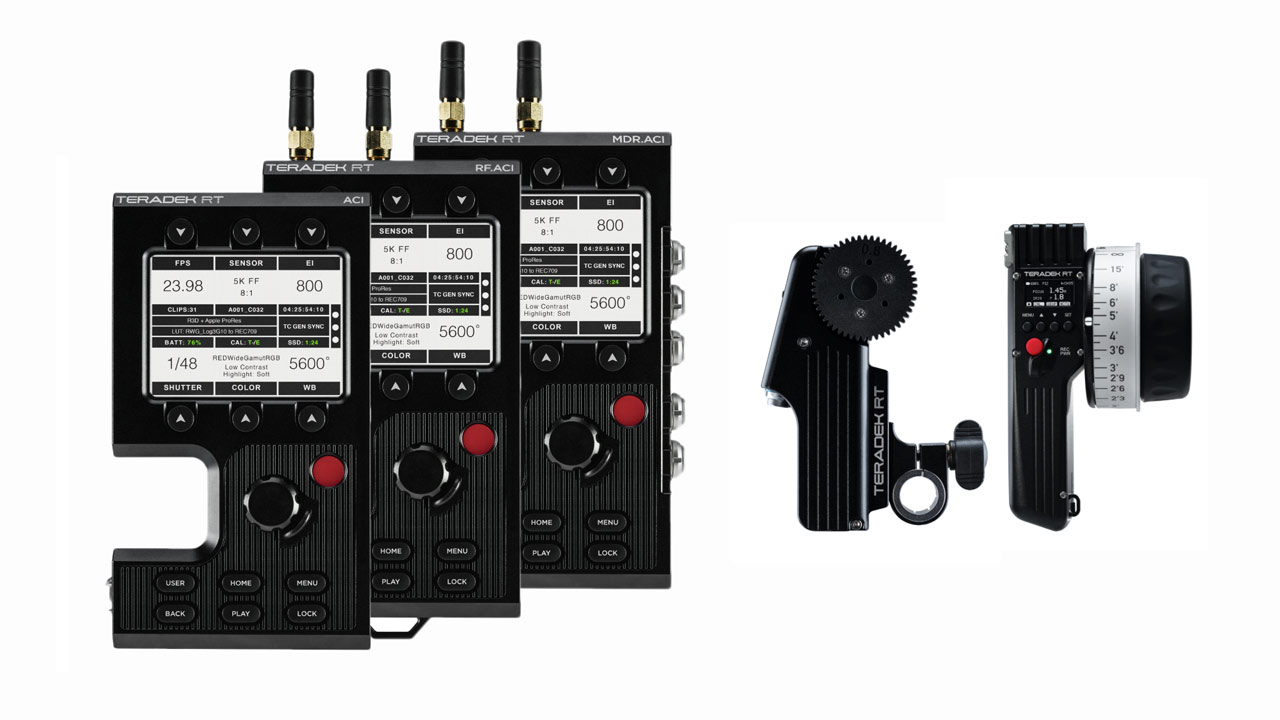 The Teradek RT ACI attaches to the camera assistant’s side of any DSMC2 RED camera’s brain. The reason to use such a controller, would be in situations or environments where you don’t want to rely on the top-mounted LCD to control camera settings. Another reason might be having the camera mounted in a remote head, where you simply can’t have anything sticking out from it. The Teradek RT ACI attaches to the side of the brain and leaves a cut-out for the Record button. It features a bright LCD, giving you an overview of the most important camera settings and six quick-access buttons to change these – very similar to how the ARRI Alexa handles this. There’s a control wheel and seven more buttons, allowing you to change any aspect of the camera’s settings. All controls are done in a manner that looks quite at home in the RED ecosystem. 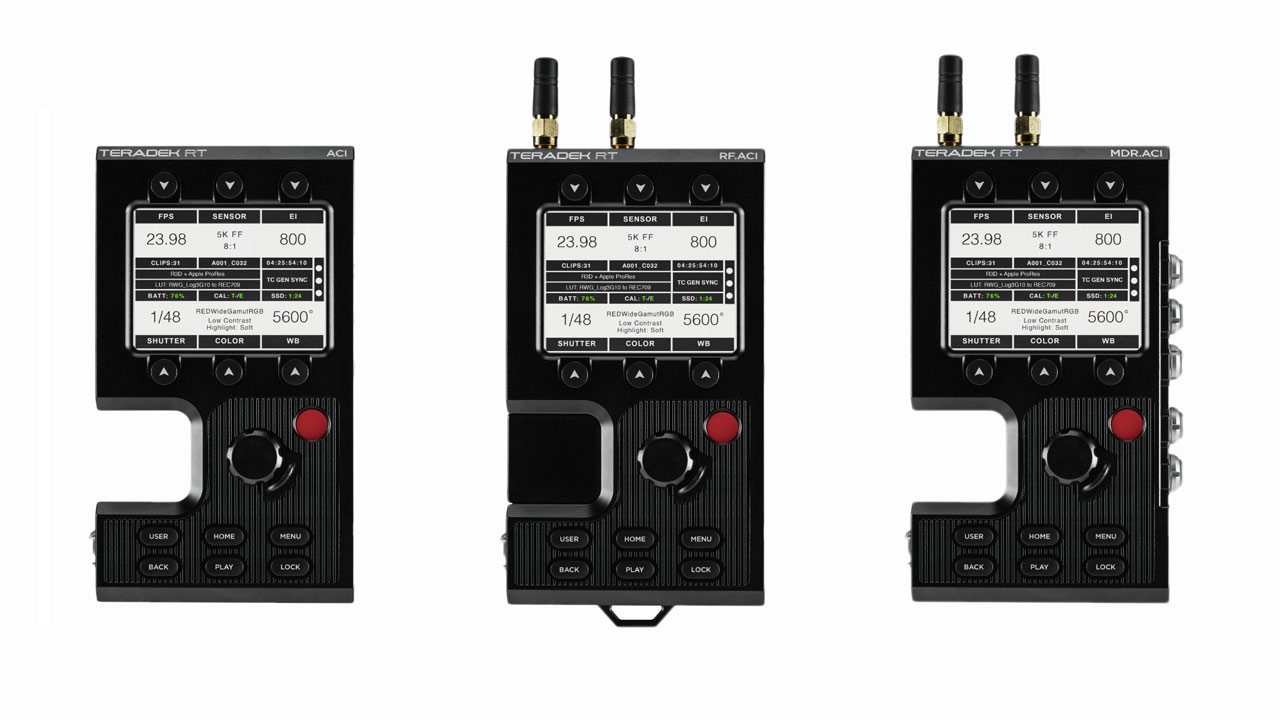 In addition to the baseline model, there is also the Teradek RT RF.ACI and the MDR.ACI, offering wireless connectivity. Both offer a 2.4GHz FHSS radio with up to 5000 ft. / 1.5 km of wireless range, both can be used to adjust camera settings remotely and can be paired with an on-camera RT receiver. The Teradek RT MDR.ACI can additionally be combined with a Teradek RT controller, to control the lens, offering a neat all-in-one control solution for the camera and lens. The RF.ACI on the other hand, could for example be used as a remote to a MDR.ACI mounted on-camera. Here’s a comparison: 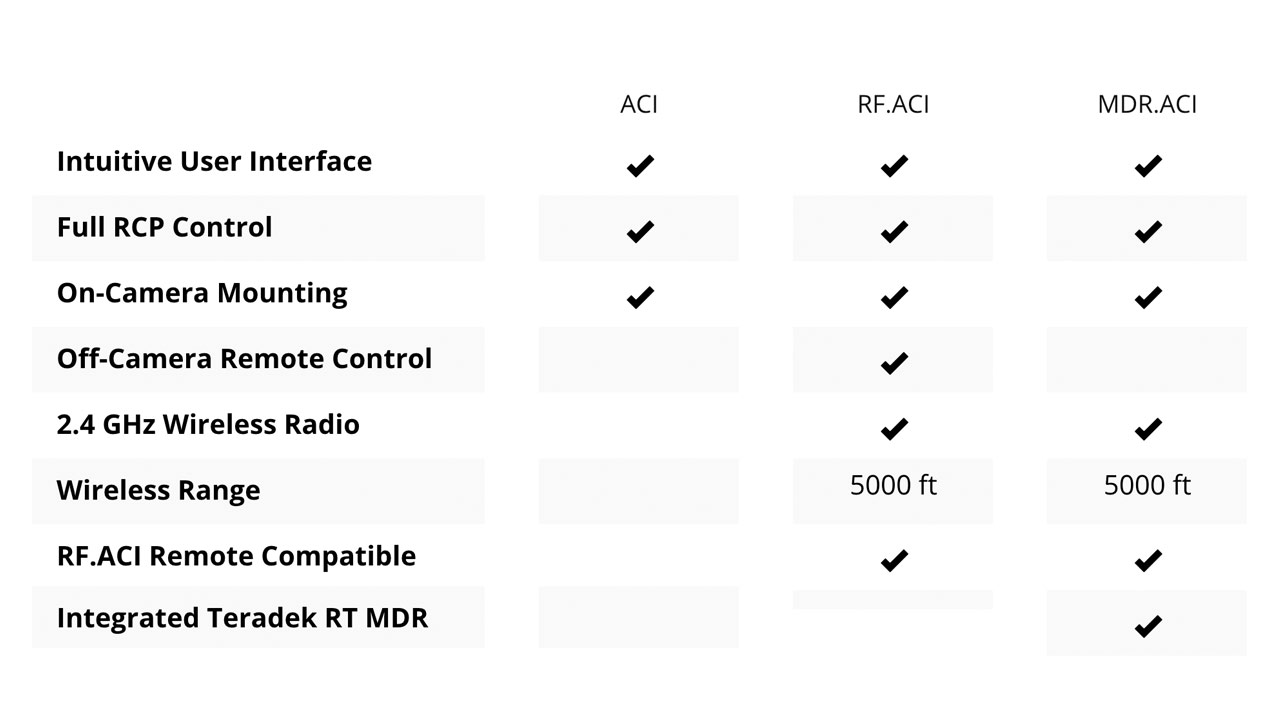 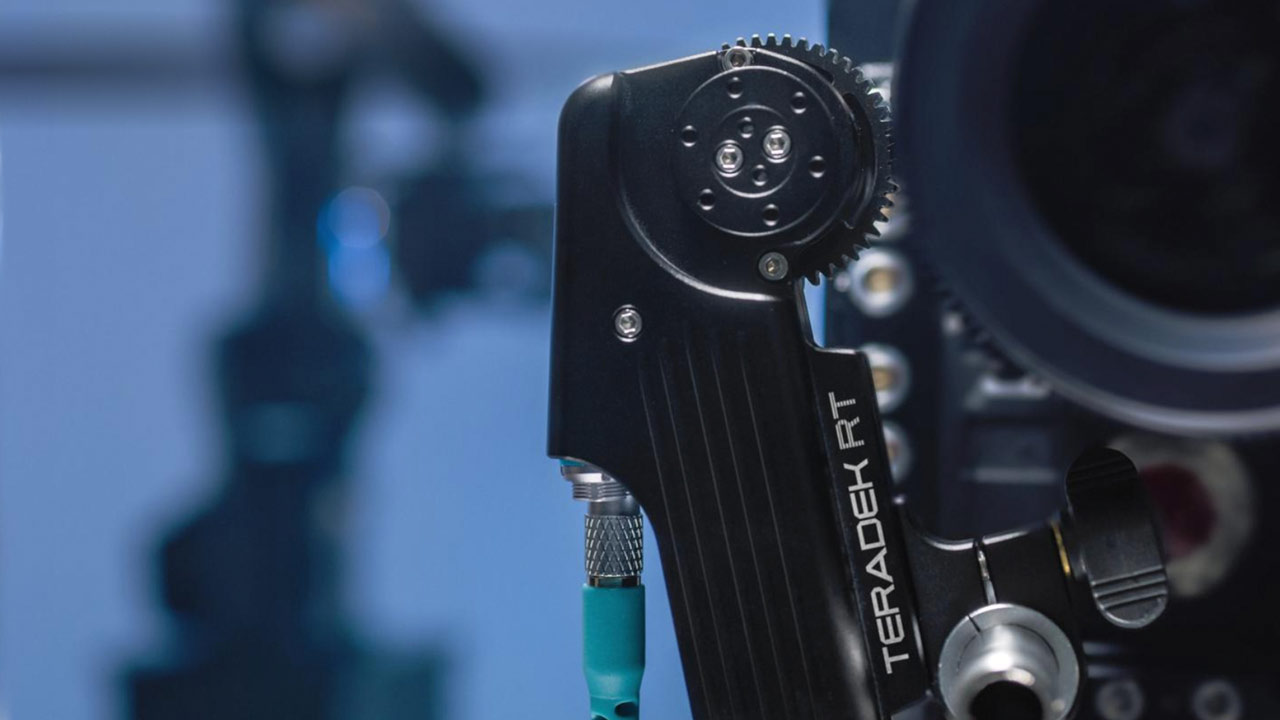 The Teradek RT MOTR.X and CTRL.1 are lens control systems for the RT line of products. The MOTR.X sports brushless motor design, extending the lifespan of the product, higher torque and near-silent operation. It is compatible with all Teradek RT controllers, receivers and other motors, and features a quick-release rod-mount. Multiple MOTR.X units can be daisy-chained allowing for simpler cable management. 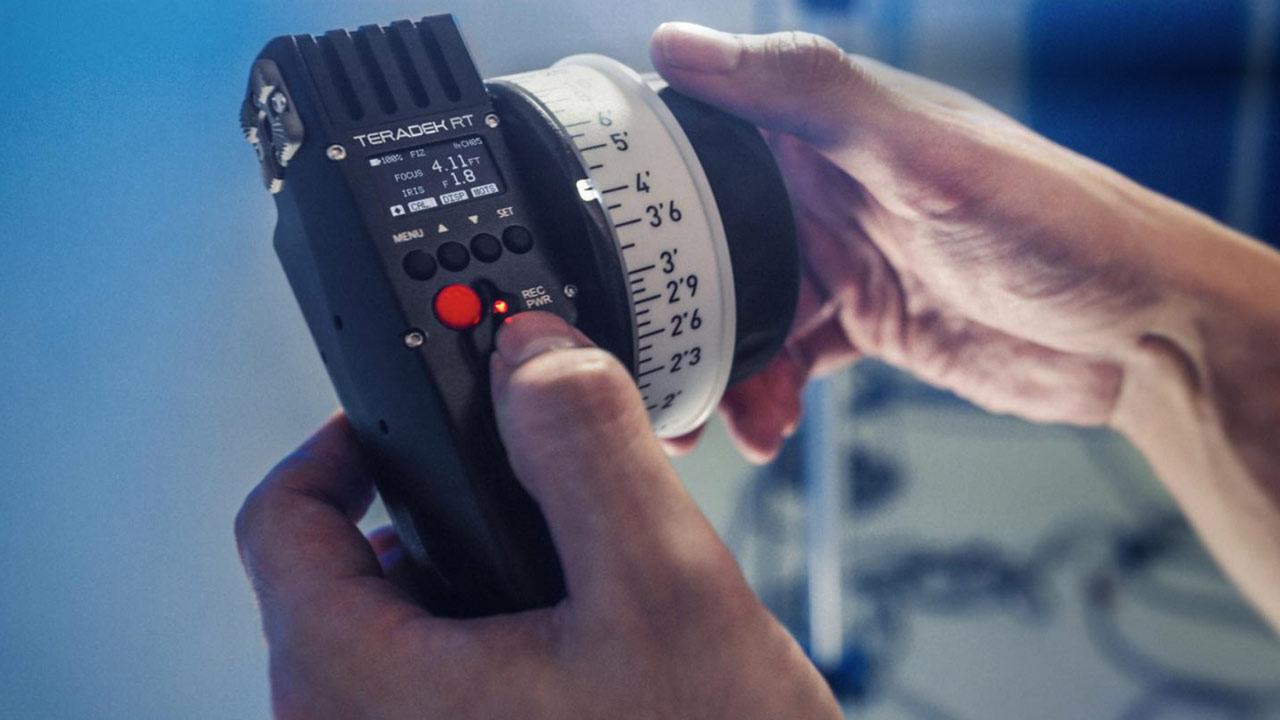 You could control the MOTR.X with the new Teradek RT CTRL.1, a single-axis lens controller, featuring built-in lens mapping and compatibility with all other Teradek RT motors. The controller has six buttons, making it possible to trigger recording, as well as control the unit itself. There’s an ARRI rosette on the top left side, a 1/4 20 mount up top and a loop for attaching a strap at the bottom. It comes with six swappable focus rings, to mark focus distance for different series of lenses. An innovative new feature of the unit, is the ability to overlay lens data, like focal distance onto any compatible SmallHD monitor with an integrated Bolt receiver.

What do you think? Are these the next must-have accessories for your RED camera? Let us know in the comments!